Resistance far from futile with Batley on board

A plant scientist from UWA has won a prestigious award for her research into the canola industry, aimed at slashing rates of crop disease. 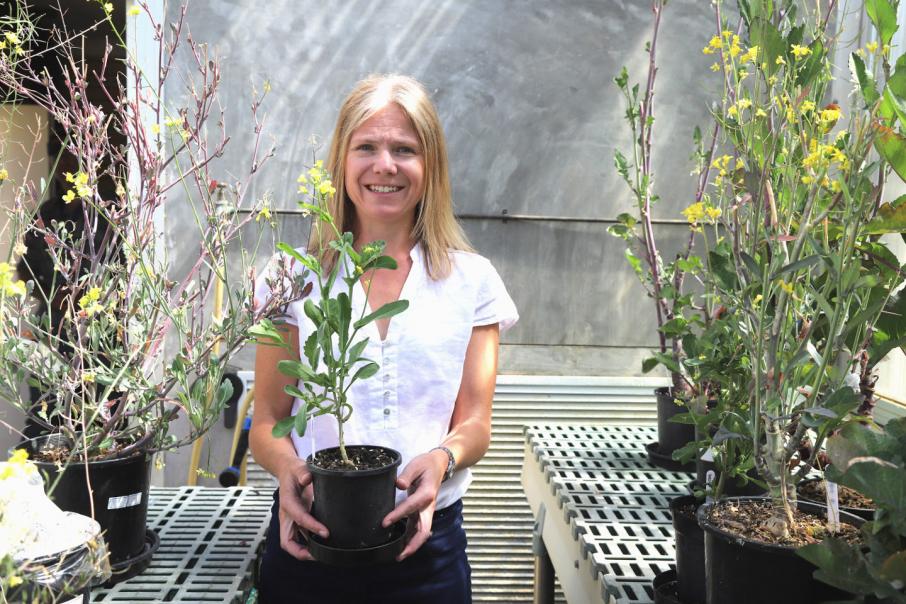 A plant scientist from UWA is providing the canola industry with critical research, with the aim of slashing rates of crop disease.

Jacqueline Batley readily admits she is more comfortable behind the scenes, despite her research into canola plant disease having propelled her into the spotlight.

This year’s winner of the Nancy Millis Medal for Women in Science, Professor Batley has been researching canola genes in order to help breeders produce better crops resistant to disease and climate variations.

Professor Batley told Business News she and her team based at the University of Western Australia had worked in a laboratory setting to identify disease-resistant genes, rather than the hit-and-miss method of testing in the field.

“I’m studying the DNA of plants to better understand genes that lead to greater crop resilience,” she said.

“We try and look at the differences between one part that’s resistant, and one part that’s susceptible, and eventually we can identify what the gene is that causes that.

“If we can improve the quality and quantity of crop production, this will have huge benefits globally.

“A major factor of famine is crop failure, so if we can work out ways to improve crop production security this will have huge benefits to populations and the agriculture industry across the globe.”

Informing companies which varieties they should breed and grow was an essential element of this, she said.

The research team recently achieved a major breakthrough relating to the devastating blackleg disease, a common yet serious fungus that can cause significant yield losses for growers.

“We’ve just recently found one of the genes that seems to be controlling blackleg in canola,” Professor Batley said.

“That means we can help inform breeders what is in the canola varieties they already have.”

Professor Batley said blackleg, in addition to other canola crop diseases, was currently having a significant impact on the sector’s yield and profit.

“Australia grows canola, Canada grows a lot, as well as China and Europe, so it’s a global crop and this is one of the biggest diseases.

“Every year you get an average of 15 per cent yield loss, which is probably equivalent in Australia to around $100 million yield loss.

“In some years you have a complete wipe-out of the crop. For example in 2003 in the Eyre Peninsula in South Australia they had complete 100 per cent yield loss.

“The problem is now that they’re controlling it with fungicides, and you’re seeing fungicide-tolerant pathogens coming up, as well as the environmental and monetary cost of fungicides.”

For suppliers, earlier identification of the best canola breeds could be an industry game-changer, she said.

Professor Batley has been working with Belgium-based Bayer Crop Science, providing research to enable the company to commercialise products.

“I’m very upstream in my research,” she said.

“I work with breeding companies and provide them information, but they’re the ones that develop the products afterwards.

“I’m more an information provider than a product developer.

“I’ve had a long-established relationship with Bayer Crop Science in Belgium, I’ve had co-funding for around 10 years now.”

Professor Batley said most of the team’s funding had come from the Australian Research Council, totalling about $5 million in recent years.

ARC fellowships have covered her personal salary for the past decade.

Professor Batley hopes her receipt of the Nancy Millis Medal will encourage other young women to pursue STEM careers.

The late Professor Millis was an Australian microbiologist who introduced fermentation technologies to Australia, creating the first applied microbiology course in the country.

“Nancy Millis was inspirational and a great role model and I hope I can be a role model for other aspiring female scientists,” Professor Batley said.

“Science is so very important in our lives.

“It means what we discover is based on fact, not just an idea, and improves our lifestyles, our health and our knowledge.”