Residential rentals back to ‘normal’

Vacancies are rising rapidly in the residential leasing market, while at the same time median rents are falling; but that’s just the market returning to normal from its recent highs, according to a prominent local property player. 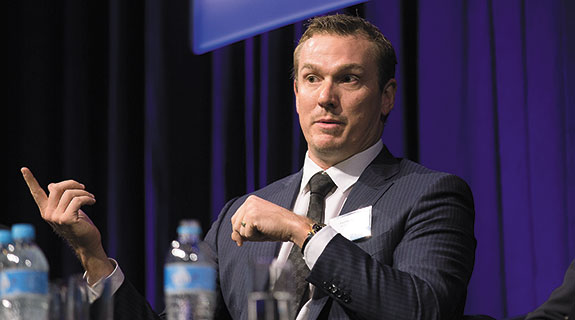 Vacancies are rising rapidly in the residential leasing market, while at the same time median rents are falling; but that’s just the market returning to normal from its recent highs, according to a prominent local property player.

The latest data from the Real Estate Institute of WA show 4.9 per cent of Perth properties were vacant, the highest rate since September 2009, when 4.8 per cent of dwellings were available to lease. Median rents, Reiwa said, are down 10 per cent from the peak of $480 per week recorded in September 2013 as a result.

“Yes, rents are back to where they were five years ago, but people have had a real win for five years,” Mr Blackburne told Business News.

“So rather than looking at it as glass half empty and saying ‘oh rents have come down’, there is another perspective that we are really lucky we’ve had an amazing five years of rental yields.

“It’s just back to normal; but when things have been so good for so long, everyone forgets what it’s like to be in a normal market.”

Mr Blackburne said his agency, which manages around 1,350 properties, was experiencing longer lead times to rent vacant apartments, but was still leasing around 10 each week.

“All markets go through cycles and I think this is the low of the cycle,” he said.

“What we’re finding now because sales are slower – back to normal – projects are taking longer to get off the ground,” he said.

“Which means in two years’ time, rents will be going up again because there are fewer properties on the market. It’s just a very normal part of the cycle and it’s nothing to be worried about.”

However, Reiwa executive manager of research, Stewart Darby, wasn’t as bullish regarding the prospects of a residential rental recovery.

Mr Darby said there were a number of factors conspiring to make this cycle different to any he had observed previously in Western Australia.

One of those factors, he said, was population growth figures from the Australian Bureau of Statistics, released late last month, which showed overseas migration to WA had fallen below the rate of natural increase.

Mr Darby said he was also concerned regarding the level of construction going on in the new housing sector, with about 30,000 homes being built in the 2014-15 financial year, according to the Housing Industry Forecasting Group.

“All the new work under construction, as that finishes, people are going to exit rental properties and get into that stock,” Mr Darby told Business News.

“Normally we would see the vacancy rate peaking nine to 18 months after the dwellings under construction peaked.

“We’ve still got very high levels of dwellings under construction and we’ve got a rapidly rising vacancy rate, so this one’s a different looking beast to previous cycles.”