WA scientists hope a suite of new developments will advance the treatment of chronic pain conditions, which cost the Australian economy billions every year. 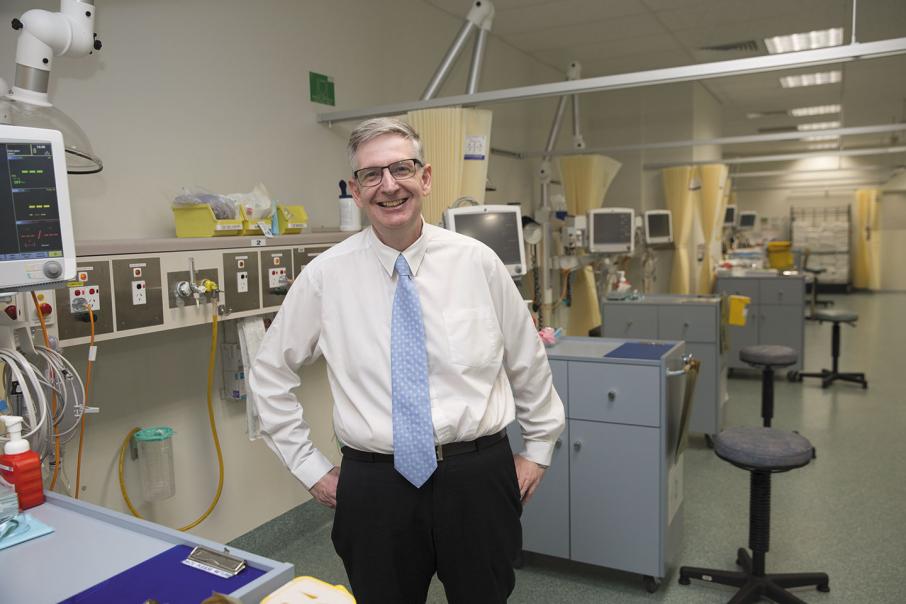 Eric Visser says because pain is so broad, it requires a holistic approach, involving both physical and psychological aspects. Photos: Attila Csaszar

WA scientists hope a suite of new developments will advance the treatment of chronic pain conditions, which cost the Australian economy billions every year.

Chronic pain features among Australia’s most significant health conditions in terms of medical expense and community cost, and yet it remains one of the most unrecognised health problems in the community.

At least one in five Australians suffers from a chronic pain condition, but fewer than 10 per cent of those (with non-cancer pain) are able to access effective care. Those figures come from the National Pain Strategy, which was developed in 2010 out of the national pain summit held at Parliament House in Canberra.

And according to figures for 2012 from Deloitte Access Economics, the total cost of just two causes of chronic pain – arthritis and other musculoskeletal conditions – was an estimated $55 billion.

In 2015, the University of Notre Dame Australia became the first such institution in the country to establish a ‘chair of chronic pain education and research’, following a donation from Perth businessman and chronic pain sufferer Geoff Churack.

The funding has since enabled the university to focus on improving pain education, where chronic pain medicine is a core subject within the medical school degree, as well as increasing research efforts in the field.

Inaugural Churack chair Eric Visser said there were a few reasons why chronic pain management had been habitually put on the back burner.

“Traditionally, pain was thought of more as a symptom rather than a problem in its own right,” Professor Visser told Business News.

“I think a lot of people just suffered in silence; there has also been poor research funding because it’s one of those conditions that doesn’t get a lot of publicity.

“In society, the media, medicine and in politics … chronic pain is not as high profile as cancer or heart disease.”

A study by The University of Sydney revealed that arthritis and back problems, both associated with chronic pain, accounted for 40 per cent of forced retirements in 2012 and were the most common reason for people of working age (between 45 and 64) to leave the workforce.

Professor Visser said back pain alone cost the Australian economy at least $10 billion a year, and was the biggest cause of workers’ compensation claims and costs.

“Pain has had millions of years to evolve and that’s why it’s hard to treat; in evolution it’s developed all sorts of systems to amplify the pain signal and make it hard to switch off,” he said.

“Like any alarm, it works better if it rings louder or longer; so we’ve got millions of years of evolution to overcome.”

During the past 18 months, Notre Dame has undertaken a series of studies into chronic pain education and treatment of various conditions including whiplash, migraines, and related neck and nerve pain.

“We’re in the middle of a trial on whether things like vitamin C and D can reduce migraines and it’s looking possible,” Professor Visser said.

“We’re looking at virtual reality as a relaxant or distraction technique, also as a brain reprogramming technique to reduce pain signals.

“And in working with Murdoch University, we found newly discovered pain receptors that we might be able to target in the next few years with new pain medications and creams.”

He said the team of post-graduate students had also looked at the application of acupuncture.

“We’re doing all sorts of studies because pain is so broad and there are so many aspects to it – physical, psychological and medical – you need the whole package,” Professor Visser said.

“Eighty per cent of people with chronic pain will also have significant depression and anxiety.

“It needs a holistic approach; a cure might be difficult in the short term, but management will be the most important thing to reduce the pain and improve people’s quality of life.”

In the private sector, Western Australia-based training and research organisation, the Lifeworks Group, is planning to start a third trial of its ‘F2 chronic pain treatment’ next month.

Co-founder and published clinical researcher Christine Sutherland, who developed the F2 treatment, said it used the practice of classical conditioning to essentially teach people how to switch off pain.

“We know this thanks to functional magnetic resonance imaging. We can see the nerve paths used and know that chronic pain is modulated primarily by the amygdala region in the brain, which is associated with emotional responses.

“So we’re regarding chronic pain as a type of conditioned learning of the nervous system itself.”

Ms Sutherland said classical conditioning was long out of favour in the psychological community, with cognitive behaviour therapy and acceptance and commitment therapy being the gold-standard practice.

“But we’ve known for a long time that very few people are being helped by current methods,” she said.

“Doctors are frustrated that there aren’t enough pain clinics and there seems to be a desperate search to find some kind of chemical that will help.”

Like Professor Visser, Ms Sutherland believes a holistic approach is required for the future of pain management, and said patients during her treatments were advised to remain on medication during the F2 treatment.

“We can’t just strip people off analgesics and on to psychological treatment,” she said.

“The medication is like their crutch; we then use psychological techniques to eliminate pain, then they are happy to wean off analgesics.”

Ms Sutherland said the first step of the treatment involved understanding how the person was receiving the pain, then analysing environmental triggers, such as certain movements, temperature levels, or particular situations such as stress.

After this, she said a series of interruption techniques was introduced to deliberately trigger the person’s pain pattern, aiming to target and eliminate the conditioned response in that pain pattern.

“Triggers can be absolutely anything, which is why it’s so hard to pin down and so perplexes the pain specialists who deal with it,” Ms Sutherland said.

“It’s why some probably say it’s in your head I’m going to send you to a psychologist.

“But the person isn’t mad, they’re not doing it themselves – it’s their nervous system.”

More than half of the study group in F2 trials during the past decade had reported experiencing significant degrees of relief, with each patient having varied types of chronic pain including RSI, back pain and cases of fibromyalgia, a disease that causes muscle pain and fatigue.

Ms Sutherland hopes to replicate the results on a larger scale with 20 patients next month over a four-week period.

“Typically when people have chronic pain they haven’t been able to hold a regular job, so they don’t have that spending income,” she said.

“So we’re also developing an online support program, once they’ve come to us they can self-treat online.

“It’s to encourage people to be independent and not glued to us.”