Research to shed light on boom

Shedding light on the social impact of Western Australia’s remarkable growth will be a priority focus for the new economics research centre at Curtin University. 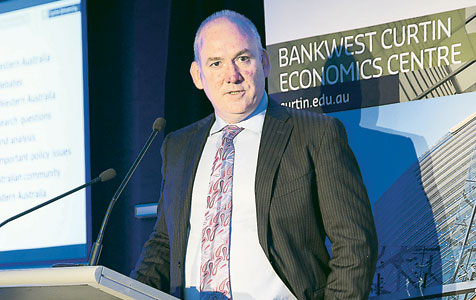 Shedding light on the social impact of Western Australia’s remarkable growth will be a priority focus for the new economics research centre at Curtin University.

Professor Duncan said he hoped to develop the Bankwest Curtin Economics Centre into a nationally influential research centre in the same vein as NATSEM.

“I think at NATSEM we gained a lot of traction and currency in contributing research to inform policy debate,” he told Business News.

“That line of activity is most certainly something I’d seek to pursue at the centre.

“Overall, the mission is to develop from this resource a nationally competitive research centre that is able to play in the same space as some of the major research centres across Australia.”

The key focus of the centre will be examining economic and social issues from a WA perspective. However, Professor Duncan said the centre would also conduct research at a national level.

Research projects under way are looking at topics such as patterns of migration, the skills mix in WA, workforce mobility and housing affordability.

As the federal election draws nearer, the centre will take a closer look at policy instruments at a federal and state level that influence the local economy, including tax reforms and transport infrastructure.

“I very much see there to be scope for the centre to explore distributional aspects of policy reform so that we can comment on who wins, who loses, who are the beneficiaries of particular policies and what the consequences might be for different demographics or regions of WA.”

Bankwest and Curtin’s combined funding provides for the recruitment of leading economics researchers from around the country, as well as PhD scholarships and a substantial secondment of academics already working at Curtin.

This is expected to include a crossover into schools such as Curtin’s Centre for Research in Energy and Minerals.

The centre has also attracted some big names to its advisory board, with prominent business leader John Langoulant taking the position of chair.