Research to augment reality for manufacturers

A Perth-based business that uses augmented reality technology to help customers visualise designs for factories, offices or other products is investing up to $6 million in research after winning a federal grant. 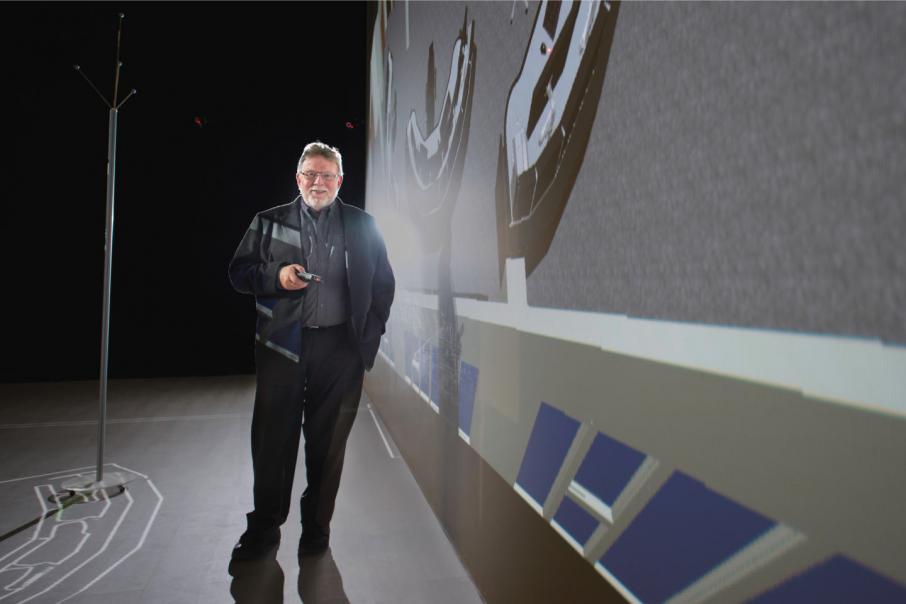 A Perth-based business that uses augmented reality technology to help customers visualise designs for factories, offices or other products is investing up to $6 million in research after winning a federal grant.

The business has previously won a federal grant for its technology, securing $1 million in 2015.

Jumbo will work with the University of South Australia to develop the Cadwalk product, which founder Gerhard Kimenkowski told Business News had been used by clients such as Western Power.

“Cadwalk is basically a life-sized visualisation tool where you can walk through your design before its been built,” Mr Kimenkowski said.

“It’s basically a 300 square metre big screen on the floor, we project onto the floor and we interactively can move objects in virtual space.

“It's what we call a large-scale virtual reality system.”

He said the technology did not use glasses, as is the case with much virtual reality technology, because it was designed to ensure collaboration.

The company’s research program is running through its Adelaide office, with the hope being Jumbo can create visualisation services that work for small and medium-sized enterprises to give them a competitive edge in export markets.

Jumbo also has an office in Munich, which opened in 2017.

“They (Jumbo) could be hugely influential in helping manufacturers be able to plan and visualise what a design can look like, what a factory can look like,” he said.

“They're an enabler and a catalyst for others to embrace visual technologies and start to blur the boundaries between the physical world and the digital world.

“A lot of manufacturers will look at this whole digital revolution and find it very intangible.

“If you’ve got an organisation that can help show companies what the real world looks like in a digital world … you've got a really accelerated pathway for people to adopt a hybrid of the digital and physical world.”

He said Jumbo’s position in export markets gave it credibility.

“They are already getting into the global world,“ Mr Chuter said.

“A lot of the research and development and know-how is Australian home grown, but they've been prepared to go out and see what else exists in the world, and they're making people sit up.

“If you set up in Munich, you’ve got to have something that's leading edge in itself.”

Mr Chuter said there were 12 universities in the cooperative research centre’s network, although none so far was from Western Australia.