Reports down but fraud an issue

REPORTED fraud cost Australia’s not-for-profit organisations more than $1 million during the past two years, but the true magnitude of the problem is much larger, according to accounting and advisory firm BDO.

REPORTED fraud cost Australia’s not-for-profit organisations more than $1 million during the past two years, but the true magnitude of the problem is much larger, according to accounting and advisory firm BDO.

The national biannual survey on fraud in the not-for-profit sector revealed that 15 per cent of respondents reported suffering some type of fraud in the past two years, costing charities and benevolent institutions almost $1.1 million overall.

The BDO Not-For-Profit Fraud Survey 2010, co-authored by BDO partner Chris Skelton and senior manager Andrew Howard, with Peter Best from the University of Southern Queensland, found that the level of reported fraud involved relatively small amounts of cash or inventory when compared with large public and private companies.

The reported large frauds for NFPs averaged $26,132 in value, compared to an average fraud among large public and private organisations of $291,515.

A key finding from BDO’s survey is that the most common reason cited for fraud was financial problems and pressures, and the maintenance of a lifestyle.

Mr Skelton said arguably NFPs were inherently more exposed to the risks of fraud because many had fewer resources, and there was a perception that they had a more trusting culture than their for-profit and public sector counterparts.

“The survey shows not-for-profit organisations have not only increased their awareness of fraud risks but have benefited from improving their internal control environments, which is helping reduce fraud,” he said.

“However, we are concerned that complacency may be creeping in.”

BDO Perth’s associate director, forensic services, Raquel Greive, said fraud in the not-for-profit sector was “culturally sensitive”, with most organisations not reporting fraud to police because they feared adverse publicity and loss of donations and agency funding.

“I think the reputational risk of reporting fraud deters many not for profits, but also I think the culture of these organisations is to give people a second chance or to deal with it themselves without involving the authorities, so a lot of these crimes probably don’t get reported,” Ms Greive told WA Business News.

She said it was important NFP organisations implemented strong internal controls to reduce the number of fraudulent incidents, such as a fraud control policy or whistleblower’s policy, to encourage people with information to come forward.

By immediately acting on information and tip-offs, and by conducting a sound internal and external audit, NFPs could limit the number of fraudulent incidents, or discover them in a timely manner, Ms Greive said.

BDO also advises NFP organisations to implement and promote a strong ethical culture through a code of conduct, limit the number of people dealing with finances, and to undertake surprise fraud audits. 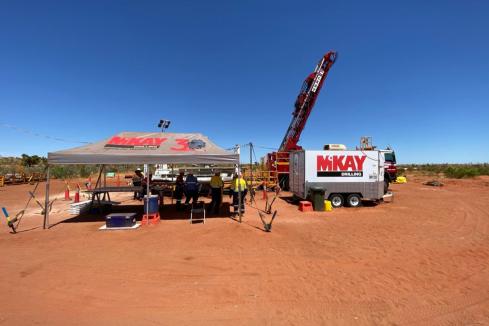