Labour market pressures in WA will peak in the second half of next year amid a surge in mining and infrastructure projects. 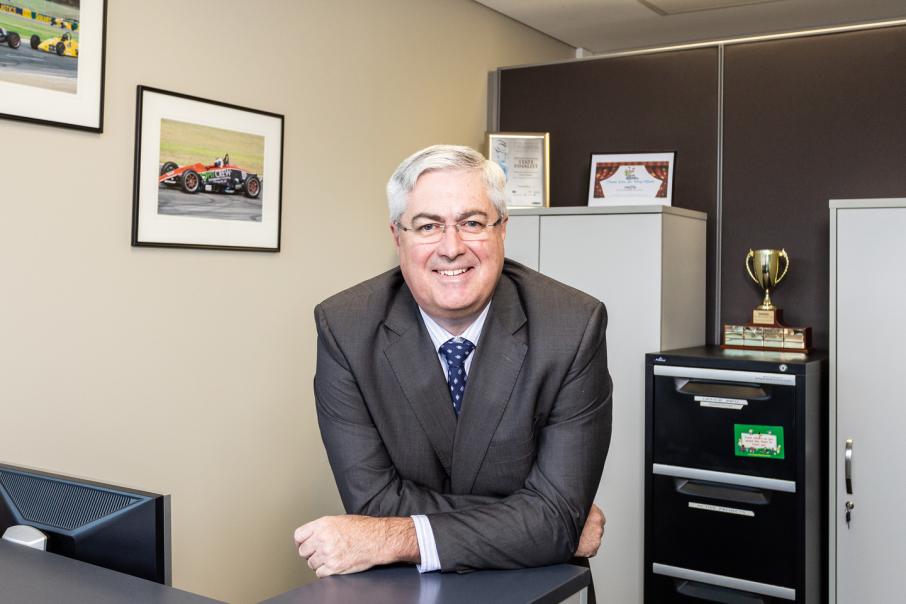 Western Australia’s labour market has gone through major changes over the past decade, and that spells trouble for companies trying to find workers for big projects.

New supply is unlikely to keep up with demand for engineers and construction workers, which is set to grow rapidly over the next 18 months.

Pit Crew Management Consulting Services director Peter Dyball has been tracking the demand for workers on mining, energy and infrastructure projects for 15 years, and he anticipates a big crunch next year.

“Demand is projected to increase steadily over the next 18 months, peaking at around 28,000 in the second half of 2022.”

Mr Dyball said shortages of qualified and experienced workers were already being experienced across projects in WA.

He estimated most construction occupations were experiencing a 20 to 40 per cent shortfall against required numbers.

“Finding experienced riggers and scaffolders is becoming a challenge, which is anticipated to increase in the second half of 2021.”

While demand for construction workers is growing strongly, the projected peak is well below the levels experienced a decade ago. 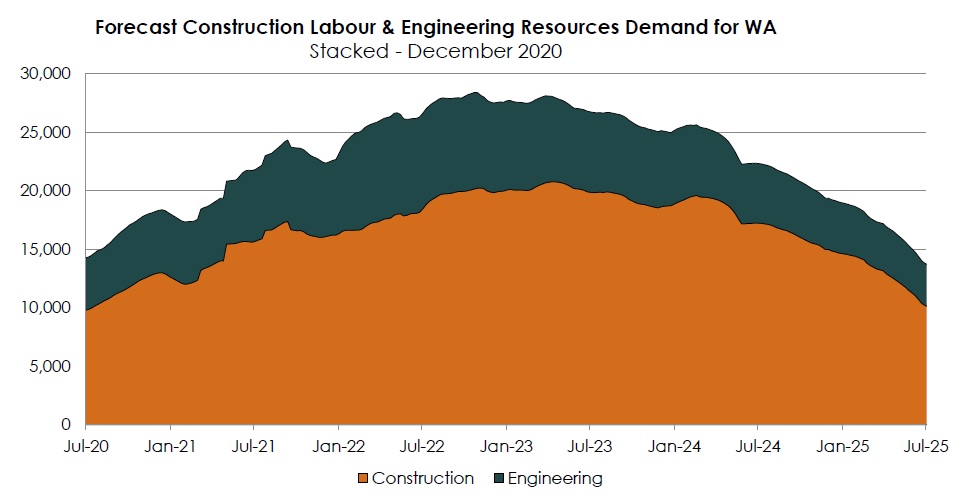 In 2012, the demand for construction workers on big projects peaked at 35,000. However, Mr Dyball said changes on the supply side were more significant.

“The most significant driver of the current market has become the strain on the labour supply side,” he said.

Mr Dyball has identified three big changes affecting labour supply for new projects. One is the increased scale of activity in the Pilbara as a result of investments made in the last resources boom a decade ago.

The volume of iron ore production has doubled, and production of LNG has nearly tripled, while gold production is also higher. That has led to a big increase in the operational workforce.

“There’s probably an extra 30,000 workers in operations and maintenance and [scheduled] shutdowns, and a lot of those are drawn from WA,” Mr Dyball said.

“We have a limited base of available workers in the state.”

A second big change was the infrastructure boom on the east coast, which offered secure longer-term employment for project engineers and workers such as concreters, scaffolders and riggers.

“We normally rely on that tidal flow of workers from the eastern states who get enticed over here during the busy periods,” Mr Dyball said.

“It was nothing at that time to have 60 per cent of your workforce from out of state, sometimes more.

“Since then, the eastern states have had this huge surge in infrastructure projects. “That whole national labour dynamic and mobility has changed.”

The third factor is COVID-19, which has closed the international border and, for a time, the interstate border.

These closures affected an estimated 5,500 east coast workers who came into WA on fly-in, flyout rosters.

Most of those people relocated temporarily to WA last year, but the industry is now striving to find a long-term solution.

About 1,000 FIFO workers are estimated to have moved permanently to WA with their families, but a similar number have given up their FIFO jobs.

That leaves a large number unsure about their long-term future.

Premier Mark McGowan has made clear his desire to cut interstate FIFO.

Announcing a TAFE training package earlier this month, the premier said a key plank of his ‘WA Jobs Plan’ was a reduction in interstate FIFO.

“I am very focused on reducing interstate FIFO and making sure these quality, high-paying jobs go to Western Australians instead,” Mr McGowan said.

Chamber of Minerals and Energy of WA chief executive Paul Everingham said his members were committed to employing Western Australians, but this was not always possible.

“It is true that interstate FIFO numbers in our sector have declined over the last 12 months largely as a direct result of COVID and its impact on travel,” Mr Everingham told Business News.

“Many former interstate FIFO employees moved themselves and often their families to WA in 2020.

“However, our sector will still need to call on interstate skills, and at times international skills, to meet the demand of our large, diverse sector.”

While the future of interstate FIFO plays out, Mr Dyball said it remained clear that labour supply would struggle to meet demand.

Consequently, he said project developers should anticipate conditions similar to those in 2007 and 2012 to unfold in WA over the next 12 months.

“I’ve been banging on about this for two years and not many people wanted to listen,” Mr Dyball said.

“Even without the COVID wildcard we had last year, we were always going to have a problem with the competing projects in the eastern states.”

Mr Dyball’s concerns have recently been echoed by major contractors such as NRW Holdings and Monadelphous.

NRW managing director Jules Pemberton said COVID-19 restrictions, particularly the border closures, had limited the company’s access to resources through what had probably been the busiest six months in its history.

The effects have included higher employment costs, higher staff turnover, and a restricted workforce due to national and interstate border closures.

This meant NRW needed to use less-experienced staff, which adversely affected productivity.

It said these challenges were expected to continue, especially in the Pilbara.

Similarly, Monadelphous said it expected the skilled labour market to tighten as a result of heightened demand and unpredictable interstate border restrictions.

“Capacity constraints from the further tightening of an already stretched labour market, coupled with unpredictable interstate border restrictions, will be a key challenge for the business,” the company said.

The latest job vacancy figures released by the National Skills Commission have highlighted the tight labour market in WA, with demand for labourers now at an eight-year high.

The commission’s vacancy report for January 2021 found job advertisements had increased by 31.3 per cent in WA during the past year.

Underpinning that increase was the growing demand for labourers, which increased 10.4 per cent during the month of January and by 90 per cent in the past 12 months.

Pit Crew’s projections are based on a detailed analysis of current and upcoming projects.

Mr Dyball said the number of high-value projects under way or in the pipeline was significant, and the next two years would be characterised by a continuing robust pipeline of projects.

In the infrastructure sector, big projects fully under way include the Yanchep rail extension and the Thornlie-Cockburn link.

The WA government awarded contracts for several other big projects during the past six months, including the $1 billion-plus Morley-Ellenbrook line, the $852 million Bunbury Outer Ring Road, and the $400 million Tonkin Gap. 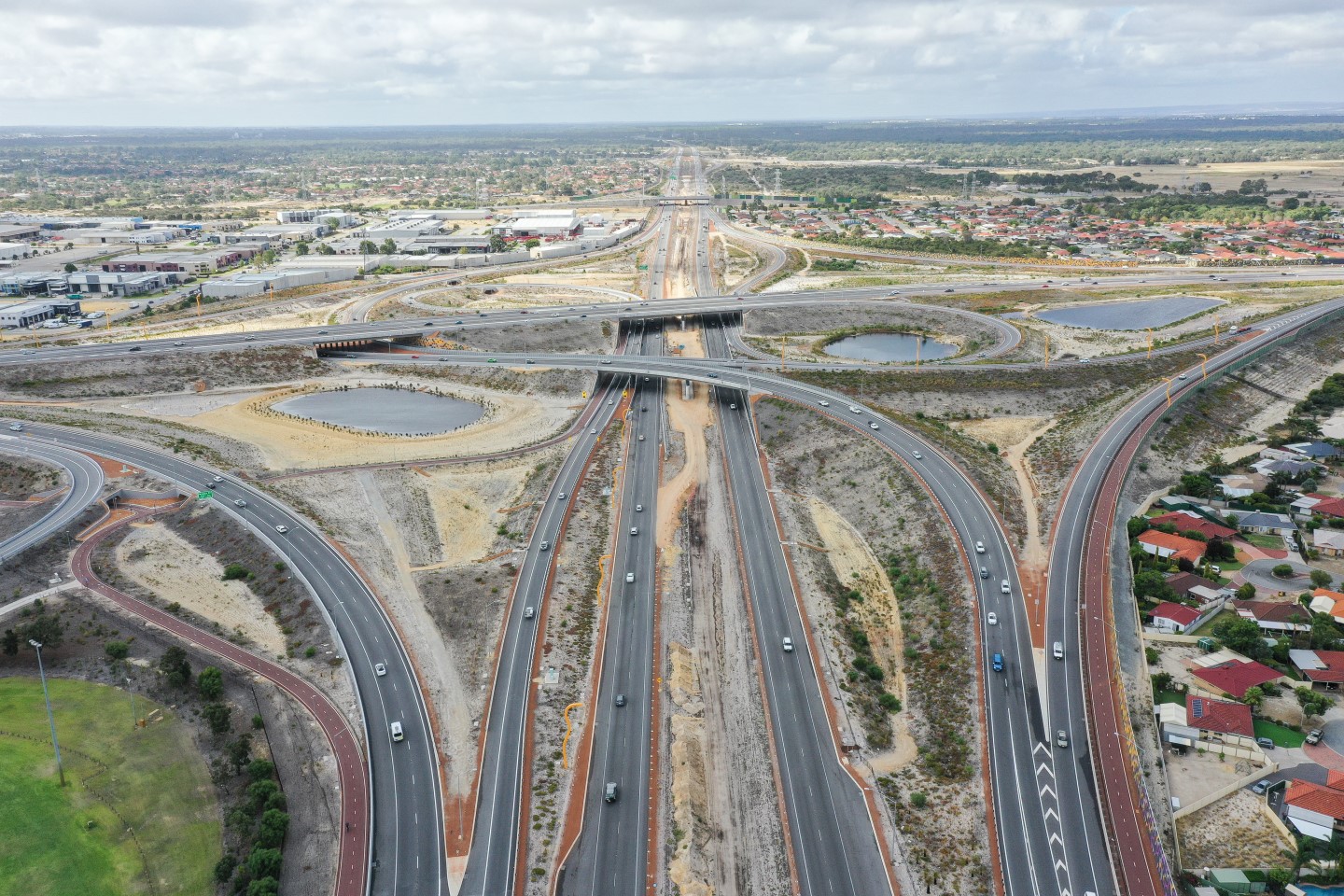 It means employment on these projects – and many smaller projects – will be ramping up this year. WA’s engineering construction sector has also been boosted by two large privately owned waste-to-energy projects under way at Kwinana and East Rockingham. In the resources sector, the largest project under way is BHP’s South Flank mine, which is due to commence production later this year.

The $4.6 billion development was projected to create 2,500 construction jobs. Rio Tinto has several big projects under way, including its new Gudai-Darri mine and its Robe Valley and Western Turner Syncline projects.

Fortescue Metals Group recently started production at its Eliwana mine and is proceeding with its Queens Valley and Iron Bridge developments. Iron Bridge is subject to a review after the company revealed a big cost blowout to $US3 billion ($A3.8 billion).

Nonetheless, the project is still expected to create up to 3,000 construction jobs. A recent addition to the project list is Covalent Lithium’s Mt Holland project, which is half-owned by Wesfarmers.

At a cost of $4.6 billion, this privately owned project will create up to 2,500 jobs. Perdaman signed a heads of agreement last year with Perthbased Clough and Italian company Saipem for engineering, procurement, and construction work at the Karratha site.

The state government has also pledged to invest in supporting infrastructure, subject to the project reaching financial close.

Pit Crew has assumed Woodside’s Scarborough and Browse LNG projects will not proceed during its forecast period, with Mr Dyball saying there was too much uncertainty over their timing.