A state government report released today on Fifo mental health has prompted an immediate response, with the Chamber of Minerals and Energy of WA and mental health organisation Lifeline WA announcing a new partnership. 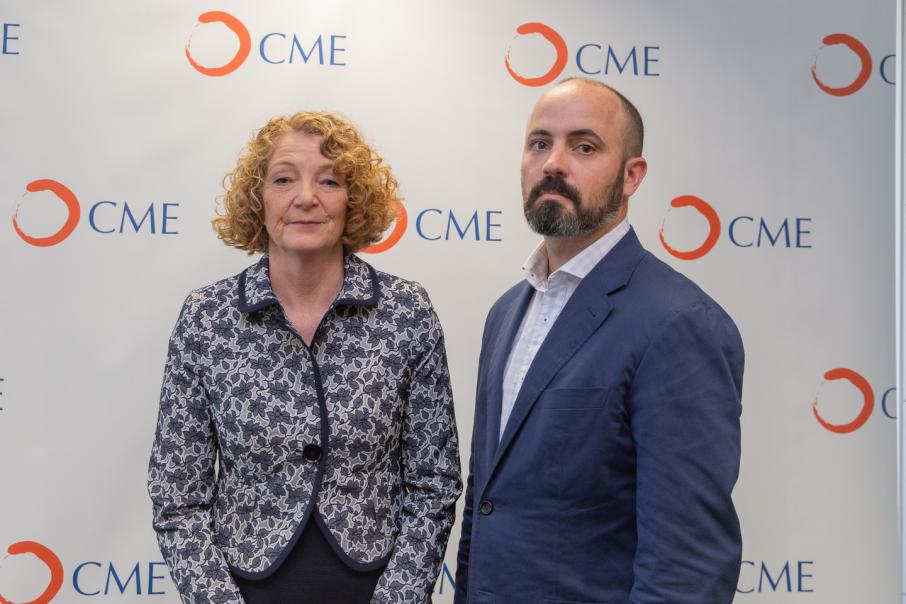 Lorna MacGregor and Paul Everingham have announced a partnership in response to research. Photo: Gabriel Oliveira

A state government report released today on Fifo mental health has prompted an immediate response, with the Chamber of Minerals and Energy of WA and mental health organisation Lifeline WA announcing a new partnership.

More than 3,000 Fifo workers and their families participated in the research, carried out in partnership with industry, unions and researchers from Curtin University’s Centre of Transformative Work Design.

“This research was undertaken in response to calls from family members and recommendations from the Education and Health Standing Committee inquiry into Fifo work arrangements,” Mental Health Minister Roger Cook said.

“The inquiry was initiated due to reports of a number of deaths by suicide by Fifo workers.

“We hope the industry, unions and Fifo workers themselves will adopt the report recommendations, on site, and at home, to help improve the mental health and wellbeing of all Fifo workers, and their families.”

The Department of Mines Industry Regulation and Safety is currently also drafting a code of practice for mentally healthy workplaces for Fifo workers in the resources and construction sectors in Western Australia, to reflect the outcomes of the research.

The Chamber of Minerals and Energy of Western Australia (CME) and Lifeline WA both welcomed the release, announcing a partnership to help improve Fifo worker mental health, drawing on the report’s recommendations.

“The research released by the minister for mental health this morning showed that fly-in, fly-out workers suffer a much higher level of psychological distress and are at higher risk of suicide than the general population,” Lifeline WA chief executive Lorna MacGregor said.

“So Lifeline WA is really delighted to be partnering with the Chamber of Minerals and Energy to look at how we can co-design training and other tools so we can positively impact the workplaces for fly-in, fly-out workers.”

The collaborative project will be completed in two phases, with phase one expected to commence in January 2019.

CME chief executive Paul Everingham said a study of this size could not have been undertaken without the support of the resources sector, which had distributed and promoted the survey to its workforce.

“As a major employer in the state, the WA resources sector is committed to ensuring the mental health and wellbeing of its workforce as part of its ongoing commitment to health and safety," he said.

“The research sheds further light on the mental health and wellbeing of Fifo workers and CME will work closely with our members to review, consider and respond the recommendations in this report.”

The research would assist companies to review existing strategies in order to produce effective results, he said.

Mr Everingham also noted the limitations of the report, urging further research to be undertaken.

“Improvements can always be made and while this research project provides important insights, ongoing research is needed to assist in building an evidence base to support government policy responses and company strategies,” Mr Everingham said.

“As outlined in the report, there are limitations with the benchmark group used to compare the Fifo worker results.

“The report makes many assertions based on a comparison with this benchmark group, and CME considers further research is required to examine possible associations between Fifo, other work factors and mental health.”

He also cautioned the state government on becoming too prescriptive in actioning the recommendations, urging the power to remain in industry hands.

“When governments and regulators get too prescriptive, it becomes costly and it leads to job losses.

“So I wouldn’t want to see too much prescription.”