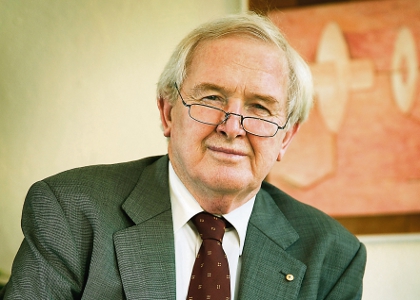 A review of local government in metropolitan Perth has called for a reduction in the number of councils from 30 to 12 and the introduction of compulsory voting in local council elections.

Other noteworthy recommendations include a limit of three consecutive terms for local council members and a local government boundary review by an independent body every 15 years.

The report has 30 recommendations, which most notably call for a reduction of the 30 metropolitan local governments to 12.

Professor Robson said “the weaknesses of the current arrangements in Perth include duplication and waste of resources, inconsistencies in processes and approaches…great variations in size and capacity of local governments, and enormous disparity in service levels”.

Two methods of dividing up the councils were suggested in the report.

The first involves the amalgamation of the current 30 local councils into 12 new councils, and the second option proposes a combination of amalgamations and splitting up local government areas.

Under the first method the Cockburn, Joondalup, Stirling and Wanneroo local councils will remain the same whilst the other councils will be merged into Armadale, Cannington, Claremont, Fremantle, Midland, Morley, Rockingham and Perth.

The combination of amalgamation and splitting up local council areas is the panels preferred option.

It will reduce the number of local councils to 12, but will also link the western suburbs from Cambridge to Mosman Park, put all areas of the Swan and Canning Rivers within local government boundaries and incorporate Rottnest as part of the City of Fremantle.

The report emphasises a need for haste, its 26th recommendation states State government’s decision should be made as soon as possible and implementation of reform should begin without delay.

However, public consultation closes on April 15 2013, a month after the state election.

This means the State government will wait another six months until it decides how it wishes to act on the recommendations.

Local government minister John Castilli said, “The costing and implementation will be decided after the consultation period is over and we’ll decide how and when it’s going to be introduced”.

“It’s very important that everyone gets the opportunity to look at this report in detail… it needs to be that period of time because two weeks before Christmas and over the January holiday period most local governments are shut down,” Mr Castilli said.

“Local government have said to us they want a minimum of three months consultation.”