It would not be easy to replace the economic benefits China has brought WA, but reliance brings risk. 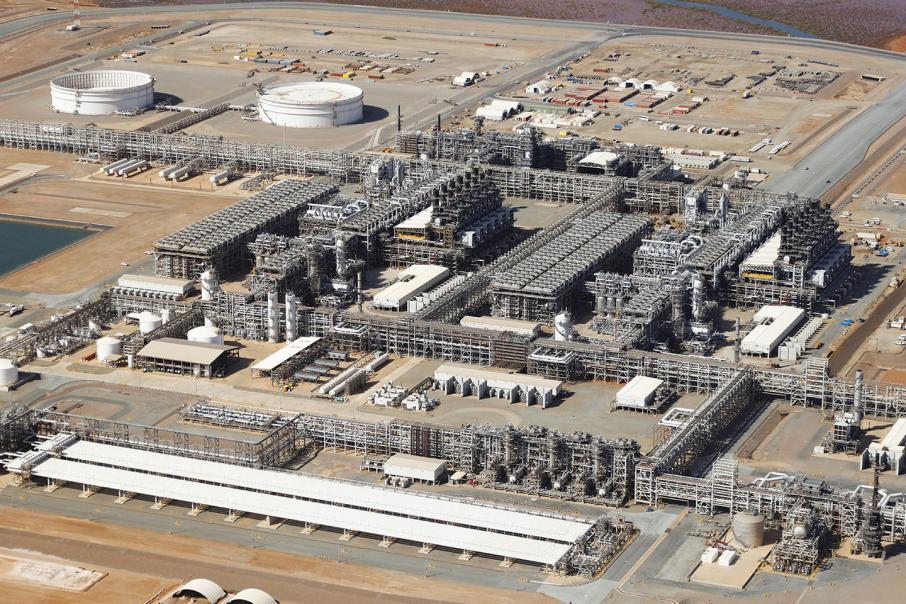 It would not be easy to replace the economic benefits China has brought WA, but reliance brings risk.

Western Australia exported about $2.5 billion worth of goods to China in the year to April 2001.

Two decades later, exports to China are hitting that level weekly, with about $11.8 billion shipped in April 2021, according to the Australian Bureau of Statistics.

The trade relationship with China put a rocket under the state’s economy for those two decades, with after-tax income rising rapidly.

The significance of that relationship for the state’s living standards is perhaps taken for granted.

WA, and Australia, were not the only beneficiaries of a rising China.

Vietnamese exports to China lifted from about $US1 billion in 2001 to $US64 billion in 2018, while Brazilian exports increased from $US2 billion to $US77 billion over the period.

The links between China and Australia have been severely strained in recent years, including through a trade battle and foreign interference allegations.

That has sparked heightened concerns in WA about an over-reliance on one country as an economic partner.

WA is not unique in having one dominant export market, however.

In 2001, Japan’s exports to the US were about four times those of the next largest partner. In the years since, China has overtaken the US as Japan’s largest market.

A big question for WA, however, is how much leverage the state, and nation, has in dealing with China.

Competitors are emerging as exporters to China, including for iron ore, WA’s main product.

Fitch Solutions has reportedly forecast Brazil’s annual iron ore production will rise by about 130 million tonnes from 2021 to 2025, even as Australia’s sales rise about 84mtpa.

There are plenty of other possible iron ore sources.

In the West African nation of Guinea, the Simandou deposit has attracted interest from China for its reserves of about 2.8 billion tonnes, while the US Geological Survey estimates about 230 billion tonnes of iron content in reserves across the world.

The actions of other countries also show how valuable the Chinese market is.

The European Union negotiated an investment partnership agreement with China that would have given greater access for capital flows, although ratification was temporarily blocked because of political tension.

Australia signed, but has not yet ratified, RCEP.

By comparison, WA does not have the luxury of many nations banging down the door to buy half a billion tonnes of iron ore a year.

There’s no obvious alternative market for WA’s iron ore production because China is the biggest manufacturer of steel by a factor of more than 10.

Urbanisation in China drove an increase in steel consumption, which follows a historical trend in economic development.

Steel consumption per capita in 2020 was 242 kilograms in the US and 691kg in China, according to the World Steel Association.

The comparable figure in India was 64kg, while the federal Department of Industry recently estimated Indonesia’s rate as 58kg.

Those countries might be potential iron ore buyers in the long term.

The next big export item after iron ore is LNG, where growth opportunities may be shrinking thanks to a global move away from fossil fuels and associated carbon emissions.

While there is demand for other commodities, reaching anything close to the scale of iron ore production will be a challenge.

Doubling that figure would either require a steep price rise in a market where WA is a price taker, or an increase in production, either through changes to land use or big improvements in crop productivity.

Achieving any of these outcomes will be difficult.

In the services sector, international education was worth $1.9 billion annually to WA prior to COVID-19.

Here, too, there’s increasing competition from other jurisdictions, both interstate and international.

A recent survey of education agents by tertiary institution Navitas found Australia was falling behind in market perceptions.

South Asian markets preferred Canada and the UK, with the US likely to gain market share in 2022.

Interest among potential students to study in Australia and New Zealand had fallen in recent months, Navitas said.

“The US is now considered by agents to be more open and welcoming (51 per cent agree/strongly agree) than either Australia (30 per cent) or New Zealand (30 per cent),” the survey said.

“Singapore, which is proving itself to be an exciting emerging market for global education, has also demonstrated how quickly countries can rise to prominence as study destinations in this climate.”

Aside from trade, perhaps less discussed is the importance of foreign capital in developing the resources industry.

This is one area where Australia is not reliant on China.

The US remains the biggest investor in Australia by a wide margin, at $929 billion, up about $700 billion from 2001

The US investment position in Australia is more than 10 times that of China.

An example is oil major Chevron and its partners, who invested about $100 billion into the Gorgon and Wheatstone LNG projects. ACIL Allen analysis forecasts they will contribute more than $500 billion to GDP over their lifetimes.

The value of WA’s relationship with China and the challenge of finding an alternative market to rival its 1.4 billion people contributes to the view among experts that WA should focus on a ‘China-plus’, not a ‘China-or’ strategy.

Asialink Business chief executive Penny Burtt told Business News Australia should build on the relationship with China, rather than moving away from it.

“China is definitely not going away as the second largest economy in the world, the largest trading partner of nearly 130 countries, a high growth economy, one of the very few in the Asia Pacific that will be registering … 6 per cent [GDP growth] this year,” Ms Burtt said.

“And China accounts for nearly 50 per cent of Australian exports.

“Diversification is important for the long term.

“China is a huge opportunity.

“When we talk about diversification, our message to everyone is ‘it’s not throw away China’, it’s to recognise the opportunity for Australian business engagement growing relationships with other dynamic markets.

Countries in the Association of Southeast Asian Nations were a particular opportunity, she added.

More broadly, businesspeople and political leaders needed to maintain a focus on Asia and not retreat into nationalism.

“Right now is not the time, because everybody is challenged, to say ‘forget it, it’s all too hard’,” Ms Burtt said.

“Understand the way in which the region is being reshaped as a result of the shifting geopolitics, the pandemic crisis, and build the new capacity.

“Because it’s not going to be like this forever.

“Others are in there, moving and growing; it’s super important we’re not left behind.

“The UK is a great example, firmly focused on building its level of economic engagement in the Asia Pacific. They’re putting huge political and policy attention there.”

“We’re in the region, we have much shorter supply chains,” she said.

“In the COVID context, shorter supply chains are an incredible competitive advantage.”

Businesses should build the Asian capability in their teams, Ms Burtt said, and upskill their workers even while borders remain closed.

That means thinking about the needs of markets, such as Indonesia, as they become more sophisticated, particularly with services and technology in industries where Australia already had significant export capability.

“The resources sector here, nobody is saying that’s not a great thing to do,” Ms Burtt said.

“But the next chapter is … capitalising on our intellectual property, our incredibly interesting digitisation and tech in those sectors; [it] gives us a whole new frontier.” 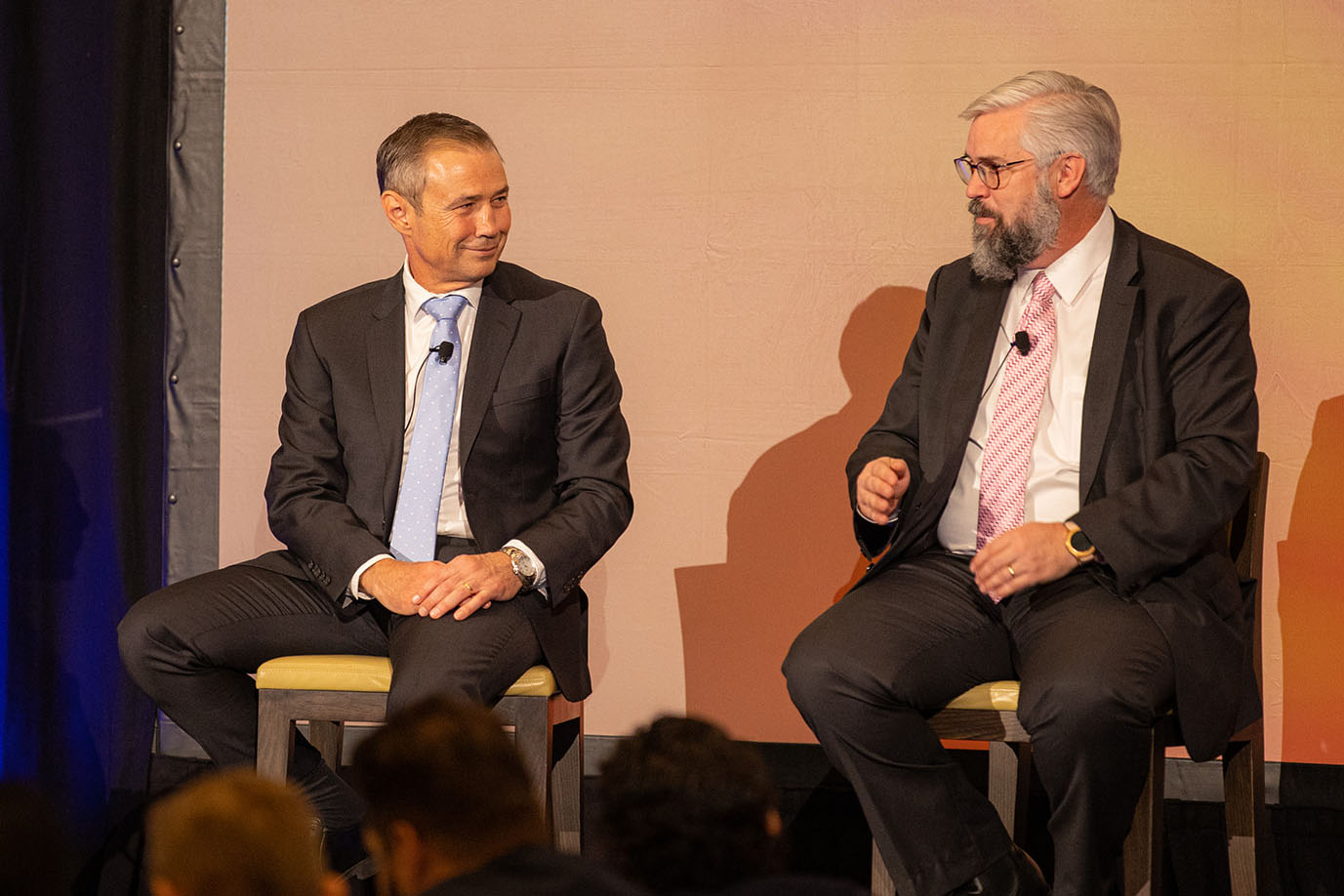 But it was important to understand Asian engagement more broadly, not merely taking a China-centric view, which was something frequently misunderstood in WA, Professor Flake told the Australian Institute of Management’s recent Asian Engagement conference.

“Asian engagement, project diversification, is not zero sum, it’s not replacing one with the other,” he said.

“It’s actually building the relationships so that the relative importance of one doesn’t leave us vulnerable as it has in the past 12 years.

“You’ve had a rough year because of political decisions made from a foreign capital to tie economics to politics, and that has hurt the Australian economy.

“We can’t look at ourselves in a bubble.

“There’s not a country in the world today that is not having the exact same problem.

“We tend to think it’s really all about us, but if you’re talking about economic coercion, talk to the [South] Koreans, talk to the Filipinos, talk to India.

“This is a common problem.

“Of course, you maintain and build, and you are as sophisticated and diplomatic as you possibly can be.

For WA, a priority post-pandemic will be to bring more human capital into the state and work with diaspora communities to improve engagement in countries such as Vietnam.

Nationally, Professor Flake has highlighted the importance of the Quad, a multilateral body through which Australia, Japan, India and the US are engaging.

The US and Japan in particular could become key Australian partners in infrastructure development through the Indo-Pacific, as China rolls out its Belt and Road Initiative.

A recent USAsia Centre report said significant work was needed to make this a reality, however.

That would include establishing a brokerage service to link businesses and investors with infrastructure opportunities in the Indo-Pacific, more proactive engagement of the private sector, and certification standards.

Japan was already a major infrastructure investor in the region but with less fanfare, the report said, while Western countries would bring better social, economic and governance standards for investments than the Belt and Road.

One obvious place to start on the diversification journey is WA’s nearest neighbour, Indonesia, which has a population of 270 million and is expected to be one of the world’s five biggest economies within decades.

“You can add to that, it’s friendly, really, it’s a functioning democracy.”

Urbanisation and economic development are likely to drive economic activity much more rapidly than in developed countries, he said.

That’s a similar story to what has played out in China, although Mr Springer said there were differences.

“China was very much a command economy; it’s shifted to a state capitalist economy,” he said.

“[Indonesia] has advantages over China in that we [Australia] share democratic values.

“Its promise resembles China 20 years ago.”

A new free trade agreement between Australia and Indonesia came into force last year, while the RCEP deal includes Indonesia but has not yet been ratified by Australia.

Mr Springer highlighted the battery minerals and electric vehicle supply chain as a big opportunity to work with Indonesia, which is undertaking a program to improve competitiveness in manufacturing.

It has secured a memorandum with LG Energy solutions for a potential $10 billion electric vehicle battery investment program, while China’s CATL has proposed $5 billion for integrated battery factories.

A Hyundai Motors factory in West Java could be producing electric vehicles and hybrid cars from next year, Mr Springer said.

“The story WA should be watching is that big [battery] companies from other countries … are all looking at establishing production in Indonesia,” he said.

“[Businesses should] find out what your friends in South Korea, the US and Japan are doing in Indonesia on batteries and find out how you can help.”

Continuing to teach Indonesian in schools would bring long-term benefits, and businesses also needed to push language capabilities, he said.