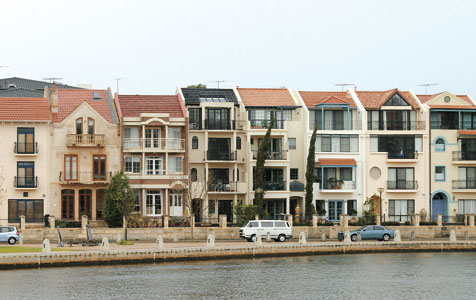 Inner-city rents in suburbs like East Perth increased to $500 a week over the quarter, REIWA said.

Perth’s median residential rent has hit $470 a week, despite a strong lift in the number of properties available to lease.

Data released by REIWA today showed Perth median rents had risen by 4.4 per cent over the March quarter, to be up almost 12 per cent on the same time last year.

Median rents for houses came in at $480/week, while it was $450/week for units, apartments and townhouses.

REIWA President David Airey said the latest lift came as a surprise, after lease listings rose by more than 50 per cent in the six months leading up to March.

“Equally surprising was the rise in properties for lease through the March quarter itself because this is traditionally a period of high demand that usually causes a seasonal dip in the vacancy rate,” Mr Airey said.

Mr Airey said that REIWA analysis suggested a modest increase in demand for rentals over the March quarter was offset by first-home buyers exiting the rental market.

He said the inner-city remained the dominant rental market, with rents in this region rising $30 to a weekly median of $500.

“While the outer regions experienced stronger demand for leases during the quarter, up by 19 per cent on December, it was the 9 per cent increase in leases in the inner city areas that were responsible for the uplift in metropolitan median rent,” Mr Airey said.

Perth’s rental vacancy rate eased in the March quarter, from a tight 1.9 per cent in December, to around 2.3 per cent in March.

Mr Airey said the market was trending towards the long-term equilibrium rate of 3 per cent, despite the pockets of greater demand.