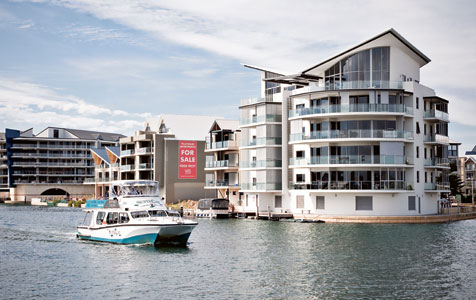 Rental growth for Perth housing outstripped gains in home values by a whopping 45.5 percentage points over the past six years, according to new research released today.

RP Data’s weekly Property Pulse report, released this morning, showed home values in Perth had increased by just 2.1 per cent since the end of 2007, while average rentals were up 47.6 per cent over the same period.

“Rents experienced strong growth over the past few years, while in comparison, value growth hasn’t really picked up until the past 12 months,” RP Data research analyst Cameron Kusher said.

Nationally, combined capital city house prices have climbed by 12.4 per cent, compared to a 32.1 per cent increase in rental rates.

In Sydney, home values increased by 20.4 per cent over the past six years, compared to a 34.7 per cent increase in housing rents, while in Melbourne rental rates rose by 24.4 per cent compared to home value growth of 20.3 per cent.

Mr Kusher said with interest rates falling to record-low levels, it was no surprise home sales activity was picking up.

“It hasn’t been, however, the first time buyers as you might expect,” he said.

“In a typical market an escalation in rents coupled with limited value growth would see increased first time buyer activity, however this has not been the case to date.

“The reasons are likely due to a shift in first home buyer incentives to specifically target the more expensive new product as opposed to generally more affordable existing product in a number of states.

“Secondly, significant demand by first-time buyers was brought forward to 2009 due to low mortgage rates and large incentives at that time.”