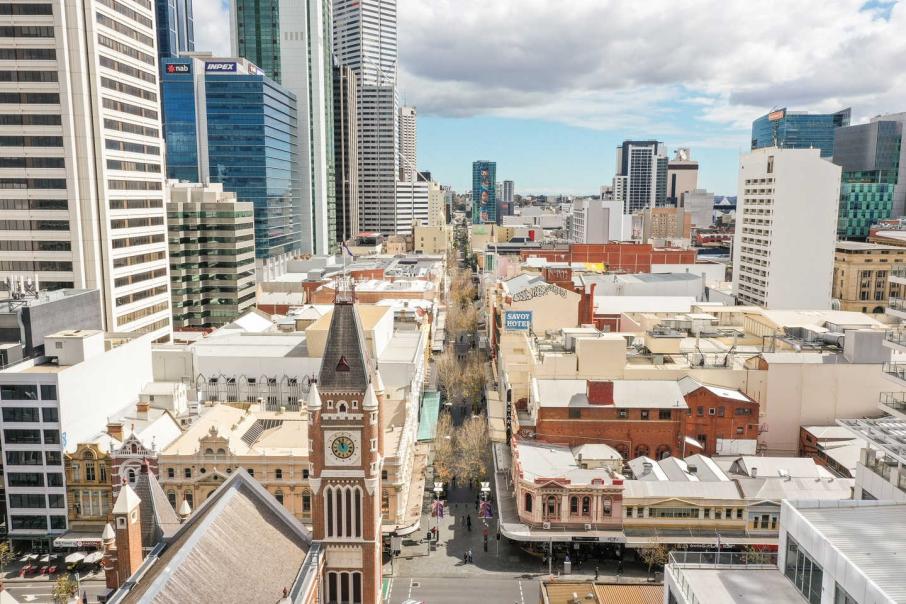 The state government today announced an extension of the COVID-19 code of conduct for commercial and residential tenancies. Photo: Gabriel Oliveira

Property groups are calling for the COVID-19 rent assistance measures to be wound back, with fears today's announcement of timeframe extensions could harm further economic recovery.

The Australian property sector has outlaid an estimated $4 billion since the commercial tenancies code was introduced as an emergency pandemic measure earlier this year.

That figure, contained in a Deloitte Access Economics study commissioned by the Property Council of Australia, increases to $6.8 billion when rental assistance paid to tenants who do not fall under the code is considered.

The national cabinet’s mandatory code of conduct for commercial tenancies, released in April, was designed to share the financial pain to businesses brought about by COVID-19.

Applied to all tenancies eligible for JobKeeper with an annual turnover of up to $50 million, the code’s implementation was determined by each state and territory. Western Australia enacted the code for six months from March 30, with the possibility of an extension.

The property industry has been calling on the government to abandon the code, claiming an extension could lead to a situation whereby one sector disproportionately shoulders the cost of economic recovery.

That request was put to WA Premier Mark McGowan at the recent Property Council of Australia WA Division lunch, although he gave nothing away in terms of his plans post September.

Today, however, the state government announced it would extend the emergency period under the Commercial Tenancies Act for an additional six months.

“I accept that people in this room have shared the pain of this process,” Mr McGowan told those at the Property Council lunch.

“There are a lot of tenants back on their feet … whereas other businesses are still suffering enormously.

“Like anything in government, you’ve got to find a balance."

At the same forum, Property Council of Australia executive director WA Sandra Brewer said most landlords she had spoken to said their tenants had bounced back.

“We’re concerned that the financial costs of this pandemic fall on one part of the business community,” she said.

“If the code continues, it has the potential to threaten the viability of many small and mid-sized property businesses.”

Ms Brewer argued extending the code in WA could undermine the capacity of the sector to contribute to a broader economic reboot.

She said the council believed an extension to 11 months would increase the amount transferred from landlords to tenants to $8.8 billion, a figure possible now the code has been extended to March 28 2021.

“It will also hurt the income of big property owners, resulting in reduced returns for every Western Australian with superannuation and other managed trusts that invest in property,” Ms Brewer said.

According to the Superannuation Funds of Australia, property and infrastructure accounted for 14.2 per cent of total super fund investments at the end of June 2020.

“We don’t want to put those property owners at risk, they obviously represent a very important sector of the economy and they won’t have an ability to continue to provide relief without doing economic harm to themselves,” Ms Brewer said.

That financial burden is highlighted in the FY20 results of one of the country’s largest commercial landlords, Dexus.

The ASX-listed company owns more than 40 office properties across Australia, with its Perth portfolio including 240 St Georges Terrace and the Alluvion, located at 58 Mounts Bay Road.

Chief executive Darren Steinberg said Dexus had actively supported the viability of its small business customers most affected by COVID-19 via rent relief, consistent with the code.

The company’s FY20 results outlined the $19 million impact of rent waivers on its adjusted funds from operations.

“We believe this was the right thing to do for our small business tenants, however, it has come at a significant financial cost and administrative burden to our business,” Mr Steinberg told Business News.

“In WA, where the infection rates have been managed extremely well and where the economy has largely reopened, an extension of the code would place an additional and unnecessary burden on property owners and investors, and inevitably slow the economic recovery of the state.”

WA-based investor Lester Group is another property player to have worked under the code within its portfolio, which spans commercial, residential, industrial and seniors living accommodation.

In an update to investors, Lester Group said 40 per cent of its tenants had requested rent relief, with all but two tenants agreeing to deferred rent payment within this financial year.

Only one tenant, it said, had received a rent waiver, amounting to $9,000.

The group said most of its tenants had actually maintained revenue growth despite the added pressures.

“In most cases, negotiations quickly turned to the fact that rent relief beyond payment deferral was not required to maintain a fair and equitable relationship,” Lester told investors.

“Our tenants recognise that their landlord is a commercial business just like they are, and that we too have financial commitments to maintain.” 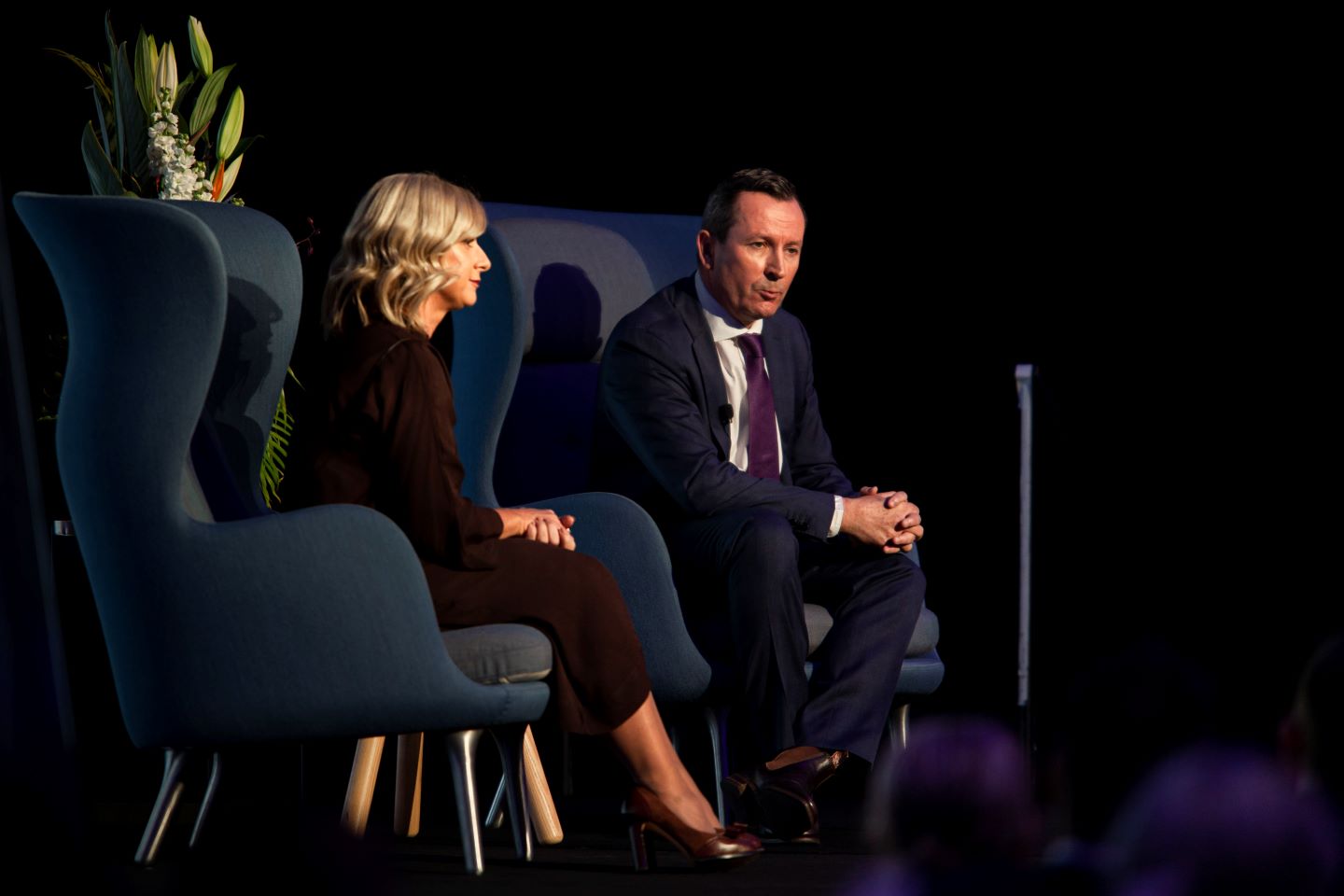 A recent Shopping Centre Council of Australia (SCCA) survey found its members had contributed about $1.6 billion worth of rental assistance nationwide, with WA representing about $100 million of that support.

SCCA executive director Angus Nardi said general reasons for WA accounting for a smaller proportion was due to market size, the value of rents (and therefore abatement), as well as trading conditions, with WA retailers also reopening earlier than other states.

“This is a direct financial contribution from our members to their retailers,” he said.

“We have strived to strike a balance between helping those who need it while at the same time confronting our own financial pressures in the face of ongoing disruptions to regular trading to protect public health.”

The SCCA survey found the largest level of rental assistance had been provided to cafes and restaurants, followed by services such as hairdressers, and beauty or nail salons.

“We are unable to continue to shoulder that assistance, and for that reason are not in a position to support the code of conduct’s extension where the cost of doing so falls exclusively on shopping centre owners,” Mr Nardi said.

Scentre Group, the operator of Westfield, reached rental arrangements with 2,438 of its 3,600 retail partners.

The group was recently embroiled in a rental dispute with Mosaic Brands (Noni B, Rivers, Katie’s and more), temporarily locking down the company’s stores, which have since reopened after an agreement was reached last week.

As part of its initial Relief and Rebound package, introduced in March, the City of Perth suspended all lease and rental payments for three months across its 25 tenancies, additionally allowing the release of bank guarantees to assist with small business cash flow and working capital.

The city also introduced a zero per cent rate yield in municipal rates and charges in 2020-21.

Ms McMath pointed to GoDaddy’s June consumer report, which found one in three small businesses had recorded increases in revenue.

“Of the WA responses to GoDaddy’s global survey, less than half of WA’s small business saw their revenues decrease compared to 77 per cent nationwide,” Ms McMath said.

“Additionally, 84 per cent expected to recover to pre-COVID levels within 12 months.

“According to ANZ Roy Morgan Research, consumers in Perth are also more confident than any other major capital city by some margin.” 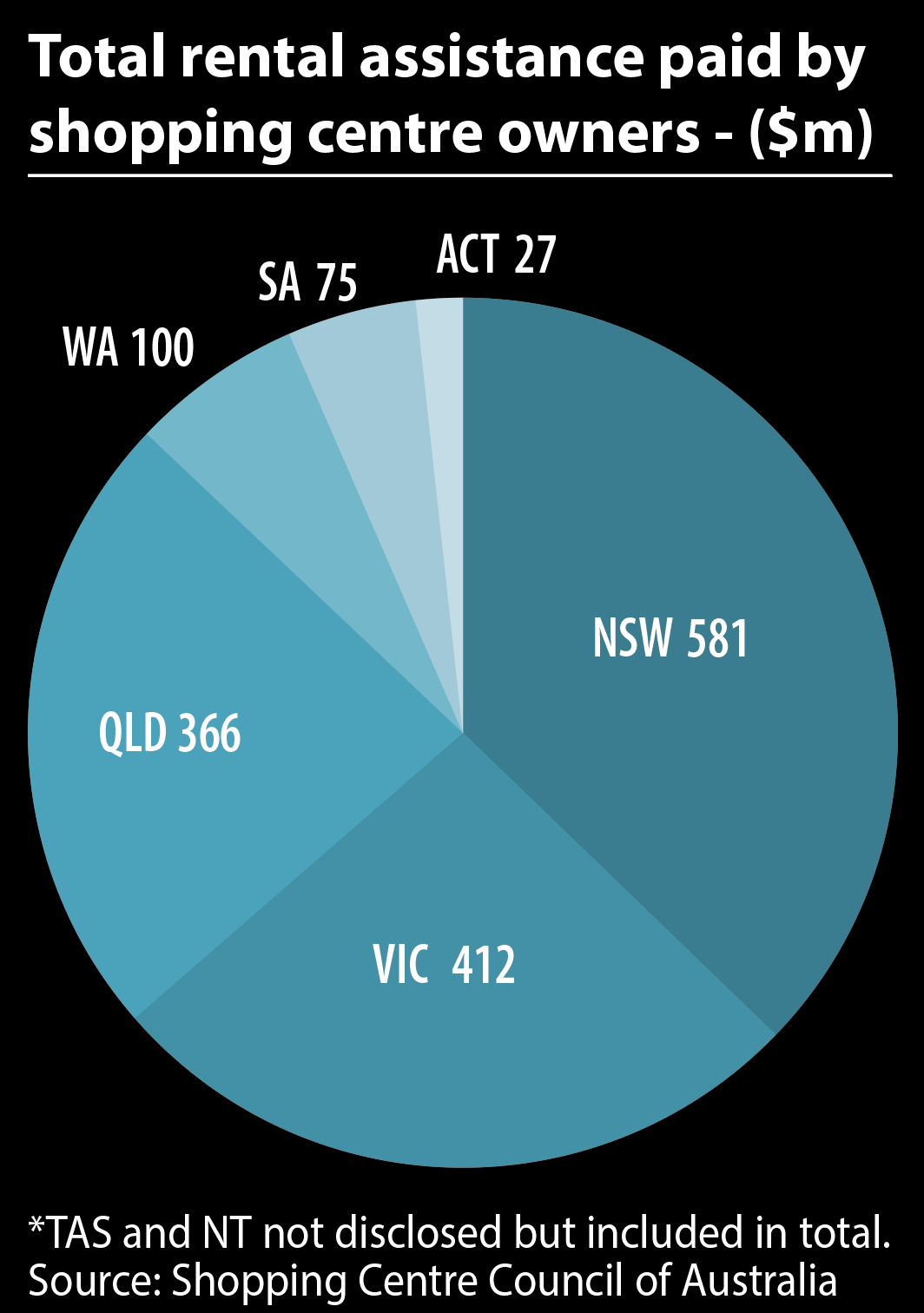 Similar sentiment of a rebounding economy is bubbling in the state’s residential market, which is experiencing a 12-year low of rental stock.

Like the commercial code, the Residential Tenancies (COVID-19 Response) Act 2020 was up for review this month.

That code has also now been extended to March 28, 2021, in what the state government called "an effort to preserve stability and certainty in the rental market".

The state government's announcement today said  emergency residential tenancy laws had been helping those in private and public housing, residential long-stay parks, as well as boarders and lodgers, to remain in their rental homes.

The helpline is expected to provide personalised guidance on navigating dispute resolution, including what to do if a tenant fails to pay rent or breaches the lease, or if a landlord is struggling with financial hardship.

Additionally, the Residential Rent Relief Grant Scheme will continue through the extended emergency period with tenants who have had a reduction of 75 per cent or more in their after-tax income eligible for funds.

The Real Estate Institute of Western Australia has been calling on government to remove all restrictions for non-COVID-19 affected tenants, with president Damian Collins saying limitations on rents and evictions could deter investors.

Head of residential sales and property management Peter Taliangis said while many people had legitimately needed rent relief during the emergency period, there were others who had taken advantage.

Investors, he said, wanted to know they could increase rents as required and get the expected return.

“They genuinely want confidence in the markets they are investing in,” Mr Taliangis told Business News.

Mr Taliangis said property owners, many ‘mum and dad investors’, had been affected, with property managers’ hands tied when it came to pending evictions for non-payment and damage.

“Many of the mum and dad investors also have mortgages and may have negative equity in their properties,” he said.

“Banks suspending mortgage payments is helping, but in some cases this is simply delaying the mortgage pain.”