The state government has abandoned plans to cancel late night train services and offered free rides after it was revealed inaccurate information regarding usage had been provided by the Public Transport Authority. 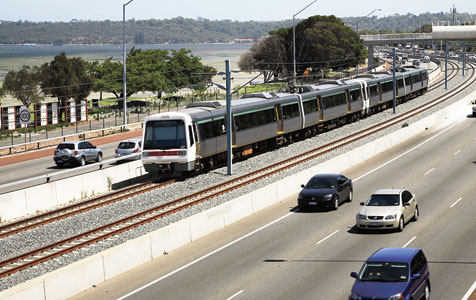 The state government has abandoned plans to cancel late night train services and offered free rides after it was revealed the the Public Transport Authority had provided inaccurate information regarding usage.

In a statement today, Transport Minister Dean Nalder said the 1am-1:15am and 2:15am train services from the city on Friday and Saturday nights would stay, after he found the PTA’s decision to cancel the services due to low passenger numbers was false.

He said he was disappointed in the data he initially received from the PTA, and asked the authority to improve its data collection and ensure the 1am and 1:15am services were free, in order to make trains the most affordable way to get home after a late night in the city.

“I initially supported the PTA’s decision based on the information they provided me,” Mr Nalder said.

“However, I spent last Friday night speaking to a number of businesses in both the central business district and Northbridge, before taking the Mandurah line train at 1:15am.

“It has become clear to me that these trains are far more utilised than I first thought and I have decided to overturn the decisions to cancel the services.”

Mr Nalder said he had directed the PTA to keep the services running, but supported the authority in continually reviewing service usage.

“Therefore, I urge patrons to vote with their feet to show support for the service, so it can remain sustainable in the future,” he said.

“Cancellation of these late night services by the PTA occurred without any consultation with the hospitality industry on how the train services could be greater utilised by passengers,” Mr Woods said.

“These services are not only used by patrons but workers in the late night economy which is an important part of growing our capital city.”

WA Labor leader Mark McGowan said Mr Nalder's attempt to blame the PTA for the decision was childish and embarrassing.

"He is the responsible minister and is now running away from his decision," Mr McGowan said.

"Mr Nalder should have done his research before he announced that the service would be cut."