Remember human side of business 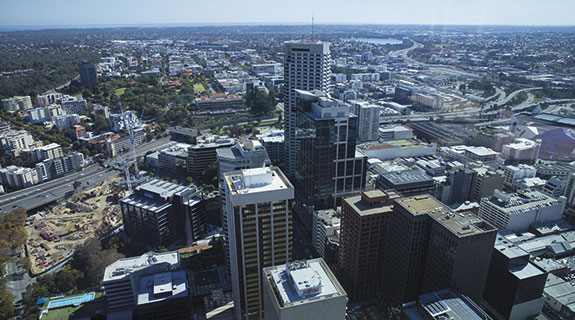 TRANSITION: Economic pressures have meant some job losses, but it is important for business to do it compassionately and correctly. Photo: Attila Csaszar

LEADING human resources experts hosted a forum in Perth last week on the issue of redundancies and downsizing, a timely dialogue considering the state’s economic malaise.

The discussion was one in a series hosted by Perth initiative HR Hub, set up by management consultants Hay Group and Silver Lining Cloud Solutions.

In undertaking restructuring, issues such as compliance with legal requirements, public relations and compassion for continuing and departing employees all would have to be juggled, the panel said.

The most important message from the discussion was the importance of planning as a key plank of any such decision-making process, according to Francis Burt Chambers barrister Maria Saraceni.

“Developing a strategy early on is important … involving the senior people from top down, and making sure that it’s not just the HR function that deals with it, that you do have the people who are in contact with the workers,” Ms Saraceni said.

“It is a contract, a legal contract, and there are laws that deal with it, there are requirements that are imposed by unions, etc.

“Looking at all these different areas is important … but remembering the human side of it (is vital).”

Another important message was that it was always positions made redundant, not people, while businesses should be careful not to misuse redundancies just to target poor performers.

She said it wouldn’t make sense to a long-serving employee to be called into a room and be told to leave without any thought as to the impact on them.

Even if it were genuine, she said, the way it was carried out could suggest otherwise, which would cause problems for both parties.

“Once you get to court there are no winners. It’s very costly for both parties,” Ms McKay said, adding that an employer who wanted to make people redundant because they couldn’t afford them could end up paying an additional cost.

Marple Bridge consultant Doug Aberle said employees should be made aware of tight circumstances as they unfolded.

“The truth will set you free, even if at first it makes you miserable,” he said.

Mr Aberle said people would sense when a business was under pressure.

Furthermore, leaders should be focused on employee productivity long before a restructure.

“HR is a line management function … the line manager needs to be interested in productivity all along,” he said.

“If there is a productivity issue, (you should be) having a conversation with that person anyway.”

Hay Group director Keith Gordon agreed communication was important, adding that businesses should be transparent and disclose early, in particular public companies to their shareholders.

The discussion also highlighted that employees who remain will make judgments about the values of the company by how it treats those affected by a restructure.

“There’s a downturn in the market now, but like there’s a downturn there will be an upturn,” Ms Saraceni said, adding that former employees would also remember how they were treated if a business attempted to rehire them in the future.