ANALYSIS: The point of no return may have already been reached for bricks-and-mortar retailers struggling to compete with the online experience. 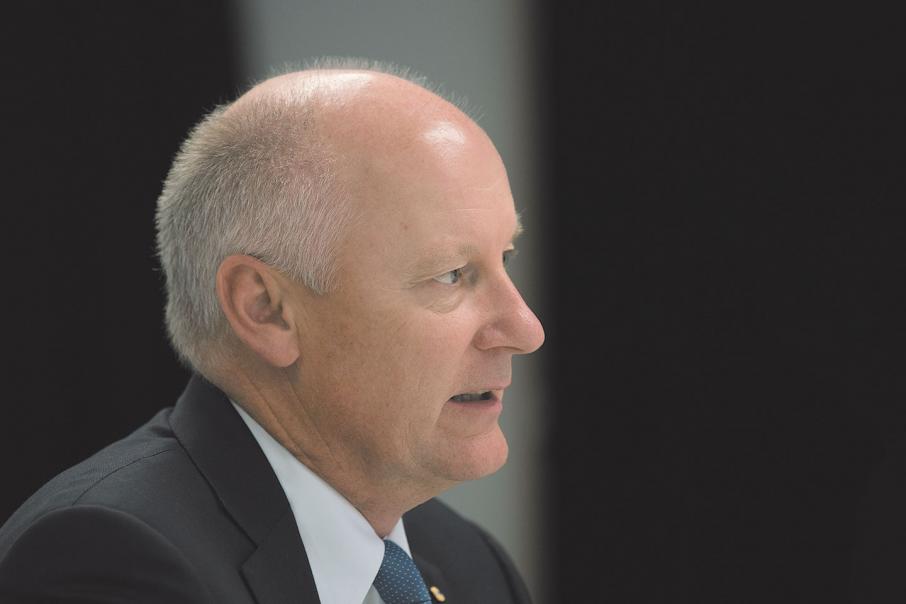 Richard Goyder says policymakers have yet to fully appreciate the threat of the online retail revolution. Photo: Attila Csaszar

Most crises have a tipping point, a single event that either leads a crisis to become a widespread catastrophe, or brings the situation back from the brink of disaster.

Sometimes these triggers are obvious, such as the assassination of Archduke Franz Ferdinand ahead of the outbreak of WWI, and sometimes they are seemingly innocuous – just more grist for the mill.

In terms of the death spiral under way for traditional, shop-based retailing, it’s a case of the latter.

One reason for the absence of an obvious retail tipping point is that so much has been written about the topic it has become hard to separate the real thing from the background noise, including comments I have made in earlier articles on the subject.

In truth, it probably doesn’t matter when the retail crisis reached an irreversible point, because everyone knows what’s driving a period of profound change – the internet and the power unleashed by the use of big data.

Over the past month, a number of events have occurred in Australia and overseas that point to the retail tipping point being passed sometime earlier this year, with the collapse now gathering pace.

Not everyone is interested in retailing, but they should be. While it is an industry largely taken for granted, it is easily the biggest single employer of Australian workers (admittedly low-paid workers), and losing a lot of them could have a profound effect on government services, through lower tax revenue and increased unemployment benefits, and property prices.

Locally, the latest and biggest retail industry development was a decision by Wesfarmers to abandon the spin-off of its Officeworks business, which sells office equipment and services to business, students and households.

Canning the Officeworks float, which had been tipped to raise $1.5 billion for Wesfarmers, was one of several indications of how tough retailing has become, with an existing operator wanting out and new investors scared to jump in.

Undoubtedly one of Australia’s best retailing franchises, investor demand for shares in a separately listed Officeworks would once have been significant to say the least.

That investors, and their advisers, ducked for cover was a powerful comment on the fear stalking retailing, a sector under threat of a full-scale invasion by US online retailing giant Amazon.

Other events that add up to represent a collective tipping point include:

• poor trading results reported by a number of Australian retailers, including the sector-leading department store, Myer;

• the continued slide in the share prices of ASX-listed retailers and the targeting of retailers by short sellers who reckon the sell-off has further to go. The most recent sell-off can be seen to have started in the first week of May;

• a spectacular collapse of major US retailers, especially big-name department stores hammered by what is becoming known as the ‘Amazon effect’;

• declining interest in direct marketing by traditional retailers (letterbox drops) as measured by the share price of sector leader, Salmat;

• the falling share price of Westfield Corporation, Australia’s biggest shopping centre owner, which has slipped to a 12-month low;

• consumer confidence falling as mortgage repayments rise, a warning that future retail sales are more likely to fall than rise;

• increasingly loud complaints from traditional retailers that Amazon, and other online-only retailers, are enjoying a regulatory and tax advantage because they fall outside the definition of retailing as understood by the three layers of Australian government; and

• a remarkable piece of analysis by the London-based newspaper The Economist, which described data, and how it is used, as the world’s most valuable resource.

Collectively, the evidence against traditional retailing is irrefutable.

The term ‘tipping point’ has been given a good workout since it returned to prominence in 2000, after New York-based writer and academic Malcolm Gladwell used it as the title to his book The Tipping Point, which was based on a series of examples to illustrate the theme of how one event can change history.

Mr Gladwell’s case studies included the revival of Hush Puppies, a soft shoe that fell out of favour but returned as a fashion statement when used by a prominent clothing designer, and the murder of three muggers on a subway train in 1984 by their intended victim, an event that started a massive clean up of the crime-ridden city.

In the background notes to the book, a tipping point is described as: ‘That magic moment when ideas, trends and social behaviour cross a threshold, tip, and spread like wildfire’ – a point traditional retailing appears to have reached.

Currently, Australia’s east coast gas crisis is described as having reached a tipping point, as is the commercial property sector, along with the crisis enveloping US President Donald Trump.

Back in the retail sphere, Myer has long been seen as the yardstick of the sector in Australia, with its decline in annual sales ringing alarm bells across the industry.

Whereas the company’s 10-year average growth in sales has been 4.2 per cent, sales growth has halved to 2.1 per cent during the past 12 months, prompting Myer chief executive Richard Umbers to acknowledge that, while it was not bad enough to be called a recession, it was genuinely tough out there.

It is also tough on the stock market for Myer shareholders, who have watched the 117-year-old company’s share price fall by 76.5 per cent over the past seven years (from $3.96 in mid-2010 to latest sales at 93 cents), valuing the business at just $763 million, eight-times less than online job search website, Seek, which is valued at $6.17 billion after just 12 years in business.

Short sellers, investors who borrow shares in order to sell them while hoping to buy back later at a lower price, have made stock exchange-listed retailers a prime target.

In the US, the collapse in traditional retail turned into a stampede last month (May) after the release of the latest sales figures for department stores and online-only retailers. Macy’s, perhaps the best-known US department store, suffered an 18.5 per cent share price collapse over two days. JC Penney fell by 17.1 per cent.

What drove investors for the exits was a comparison of online-only sales with those of traditional shops, with online up 30 per cent, general merchandise down 20 per cent, department stores and clothing stores down 5 per cent, and home improvement up 10 per cent.

Salmat, the company behind many of the colourful leaflets in your letterbox, reported on May 9 that its retail clients were having a tough time thanks to a decline in discretionary spending by consumers.

The downturn included revised (and downgraded) profit guidance by Salmat, which has lost 32 per cent from its share value since mid January, from 66 cents to 45 cents.

Shares in Westfield, one of Australia’s great business success stories, dipped to a 12-month low of $8.21 in late May, down 16.5 per cent since mid January, with most investment banks having downgraded the country’s top shopping centre owner to ‘hold’ or ‘sell’.

Amazon and other online-only retailers are the primary cause of the problem confronting traditional retailers, though government inaction is playing a role.

Outgoing Wesfarmers chief executive Richard Goyder told a recent gathering of the Melbourne Business School that he doubted whether regulators and policymakers had really come to grips with the changes flowing from the online retail revolution.

The example he chose to make the point was from Western Australia, where restrictive shop-opening hours provide an added boost to online traders.

“In WA, on a Sunday at a Coles supermarket, we can only open between 11am and 5pm,” Mr Goyder said.

“Do you think Amazon will respect that and say ‘our website will only open between 11am and 5pm’?

Data, and its skillful use, is opening households up to online retailers that sometimes appear to know what potential customers want even before the customers does, while then providing an easy mechanism to buy online and to complete the sale with home delivery.

That’s why The Economist described data as the world’s most valuable resource in business today.

The tipping point might be an overused phrase in business, but it is also a profoundly important description of the point reached by traditional, bricks-and-mortar- only retailing.