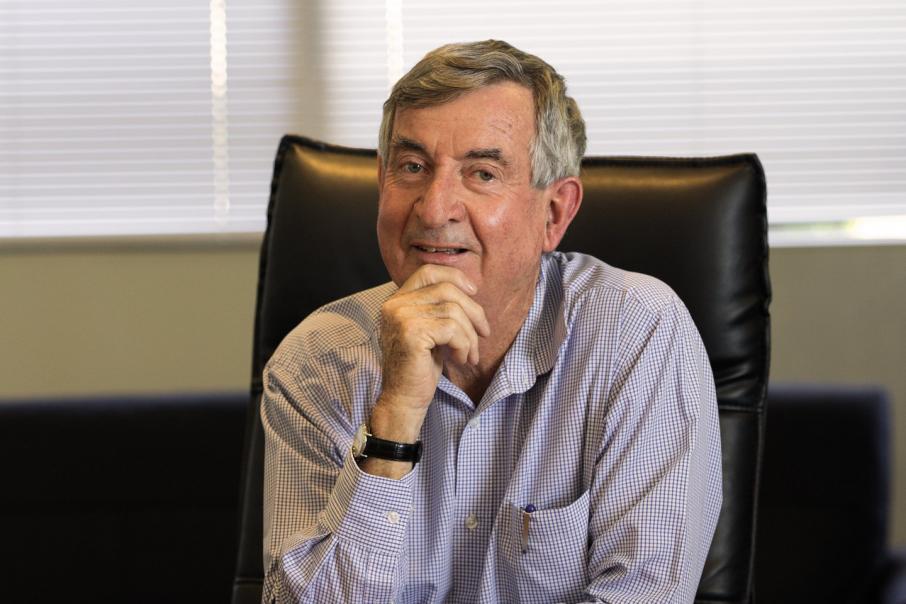 "Probably the best thing you can have is lots of good people working for you" says George Allingame. Photo: Attila Csaszar

After 40 years in the building game, George Allingame doesn’t get fazed by economic cycles.

Mr Allingame’s construction company, Pindan, was established in 1977 and now ranks among the state’s top five residential builders, and the top 20 nationwide.

In commercial construction, Pindan is ranked the 35th largest builder in Australia.

However, Mr Allingame said Pindan was a vastly different-looking company when it was established.

“There were only two of us when it started, so it’s a fair bit different now,” Mr Allingame told Business News.

“It’s just a gradual progression really; the jobs have gotten bigger and as we’ve gotten more jobs we’ve branched out into other areas.

That organic growth has resulted in the establishment of 10 different operating divisions at Pindan, ranging from small to medium construction, contracting, asset management, modular building, property funds management, project marketing and sales, as well as design and construct services.

Mr Allingame said the full suite of services was paramount to the company’s longevity.

“We try and give our clients the best of the whole suite of project services, we manage the whole lot for them,” he said.

“Our strategy really is to add value for clients in terms of early contractor involvement and all those sorts of things, and through development management we find deals that people are happy to work them up.

“But probably the best thing you can have is lots of good people working for you; if you can get them working in the one direction, then you’re pretty fortunate.”

Part of Pindan’s success, Mr Allingame said, was recognising the state of the market and acting accordingly.

In recent months, Pindan has placed three projects on hold because of difficult conditions in the multi-residential market – one in East Perth, another in Bayswater and a third in North Fremantle.

“People who get hurt in busts are the ones who come in later,” Mr Allingame said.

“Lots of builders don’t actually make a lot of money during booms because it’s difficult to get things done on time and that sort of stuff, so it’s better to have a bit steadier market like we’ve had.”

Mr Allingame said Pindan’s next phase of growth would be largely driven by a partnership with Singaporean development giant Oxley Holdings.

Late last year, Oxley paid $72 million for a 40 per cent stake in Pindan, representing a major restructuring of the group.

Mr Allingame said the partnership would give Pindan the financial strength to become a significant national player.

Pindan’s growth during the past 40 years has to a large degree been mirrored by that of Osborne Park-based Georgiou Group.

Established by Peter Georgiou (who is still a director) in 1977, the group began life as a utilities contractor for subdivisional work, constructing sewerage facilities, power and water.

Chief executive John Georgiou said the company gradually grew its capabilities in the utilities field and the jobs got bigger, but it wasn’t until 2000 that Georgiou’s growth really accelerated.

“In the early 90s we started doing general construction work, whether that was bridges or roads or concrete,” Mr Georgiou told Business News.

“But it was really in 2000 when we started branching out into Victoria, NSW and Queensland that the business had a real step change in the way it operated.”

Georgiou Group is now a truly national firm, as a building contractor, a land developer and an infrastructure specialist.

In recent years, Georgiou has established an apartments arm, Georgiou Living, which targets boutique developments across the metropolitan area.

Mr Georgiou said the company had been so strong for so long because of its relationships with clients as well as subcontractors.

“We don’t shy away from the harder jobs, but what really drives us as a business is we have a connection with our clients,” he said.

“We see ourselves as a relationship-based business, so most of our projects are repeat work.

“Every now and then we might have a new client, but typically our work comes from the same clients.

“When they come to us they might be in the early stages of planning or it might be engineering or problem solving, but we like to engage with them.

“That’s where I think we can show our true value – when we can get involved early and shape what the solution will look like.”