The state government has today pledged to spend $2 million promoting regional tourism and $8 million on aviation, as it ramps-up its response to the worsening coronavirus outbreak. 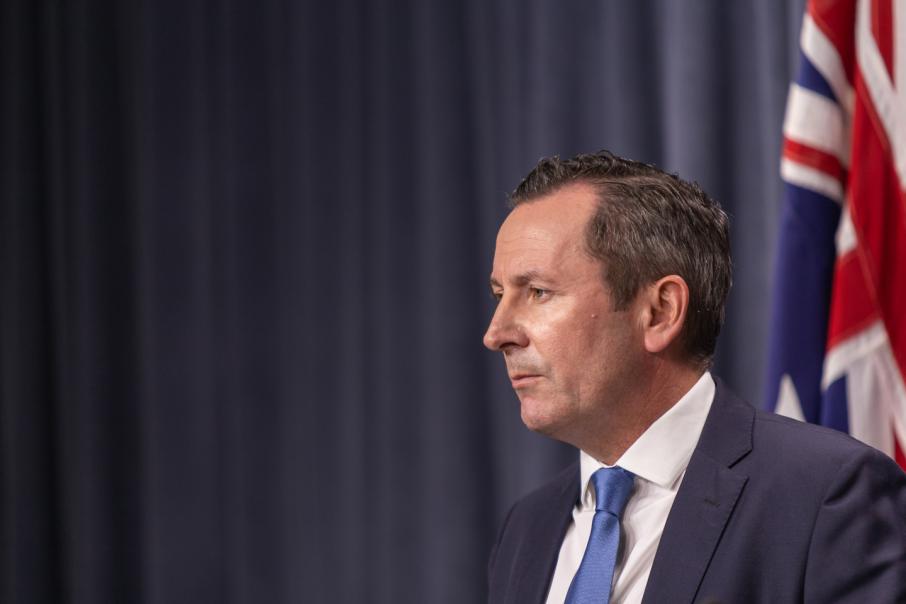 Mark McGowan reportedly told the federal government that Chinese visits would decrease by at least 25 per cent this year. Photo: Gabriel Oliveira

The state government has pledged to spend millions on promoting regional tourism in Western Australia, as it ramps-up its response to the worsening coronavirus outbreak.

That follows on from reports over the weekend that Mr McGowan had written to Prime Minister Scott Morrison to inform him Tourism WA expects visits from Chinese tourists to fall by at least 25 per cent this year.

The announcement also comes after the state government's $2.9 million emergency spend announced last month, which would increase interstate visits to WA to help offset a loss of Chinese visitors to the state caused by the coronavirus.

While the outbreak has not yet been classified as a pandemic, its death toll has already surpassed that of SARS, which killed 774 people between 2002 and 2003.

In Australia, 15 people have been diagnosed with the virus, with no confirmed cases in WA.

Mr McGowan said the new funding would provide immediate support to the tourism and aviation sectors, and further to local tourism operators and regional areas.

“The challenges of the recent international and national events including the novel coronavirus and the east coast bushfires are undoubtedly having some impact on our state's economy,” he said.

“Despite our outstanding results in the tourism space, where we smashed records across the board in visitor numbers and spend, the tourism industry is now facing tougher times, beyond our control.

Tourism Council of WA commended today’s announcement, citing industry surveys showing 78 per cent of tourism businesses had been affected by travel restrictions, and a further 43 per cent had experienced cancellations from Chinese visitors.

“I would like to thank the premier and tourism minister for responding swiftly to our call for an immediate increase in marketing to attract visitors and support jobs at this crucial time,” Tourism Council of WA chief executive Evan Hall said.

“WA has moved quicker than other states to respond to the coronavirus travel ban and secure new marketing deals to support the industry.

“The additional funding will assist to attract replacement visitors for those businesses facing cancellations, or lack of forward bookings, due to the impact of bushfire perception and coronavirus.”

Australian Hotels Association WA chief executive Bradley Woods echoed Mr Hall's comments, and said while the impact of coronavirus on the industry was not yet known, it was now evident it would be worse than SARS.

“The almost-$5 million in marketing initiatives, coupled with an $8 million investment to extend affordable regional airfares on key routes, will deliver timely assistance to WA’s hotels, restaurants, bars, pubs and taverns," he said

“The prompt response we have seen from the McGowan government, along with the federal government’s announced measures, will help safeguard jobs and minimise the impact on local WA businesses.”

Chamber of Commerce and Industry WA chief executive Chris Rodwell was also complimentary of the spend, citing analysis by the chamber that showed WA would lose between $250 million and $300 million in visitor expenditure as a result of the coronavirus outbreak.

"Recent efforts to bolster tourism from India and the UK are well targeted," Mr Rodwell said.

"It is critical that both the state and federal governments keep their options open to potentially further support the sector and the economy."

In addition to the new funding, which will go towards promoting regional tourism specifically, an $8 million fund will be established to support affordable airfares to regional locations.

That funding is expected to go into effect over the 2020-2021 financial year, and follows on from the release of the draft WA Aviation Strategy for public comment.

Setting out a strategy to create affordable airfares to regional WA, the document reflects recommendations of a parliamentary enquiry into regional airfares as well as the feedback of more than 240 stakeholders in the industry.

Ms Saffioti said that while effort had been made to create affordable airfares to regional areas, more had to be done.

“As part of the proposed strategy actions, the state government will support aviation trials that support lower airfares in regional WA,” she said.

“We are putting an initial $8 million on the table to attract airlines to come up with discount airfare options to regional areas.

“We will also take a more proactive approach to data collection, reporting, future planning and regulatory oversight, which will enable the state to make data driven aviation policy decisions for the future.

“The actions within the strategy will require collaboration, engagement, innovation and transparency from airlines, airport operators, state, commonwealth and local governments, and the resources and tourism sector, to positively impact airfares and air services in WA."

Elsewhere, Fortescue Metals Group today announced it would donate $1 million to Wuhan Qingshan Charity Federation, which will support medical efforts to stop the spread of coronavirus in the Hubei province.

That money will convert a local sports stadium owned by Wuhan Iron and Steel, an FMG customer, into a 388-bed hospital for treating victims of the virus.

FMG chief executive Elizabeth Gaines, who touted the company’s work in China at last week’s ‘Great for the State’ lunch hosted by Business News, said it provided the donation to help save lives and stem the spread of the virus.

“Fortescue has faith in the resilience of the Chinese people and economy, as they continue on their path of urbanisation and development,” Ms Gaines said.