Landlords of Perth CBD’s older buildings are upgrading their facilities to keep pace with new builds. 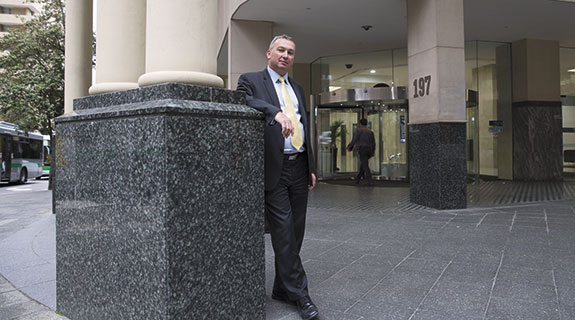 Landlords of Perth CBD’s older buildings are upgrading their facilities to keep pace with new builds.

HOARDINGS and scaffolding are starting to rival ‘for lease’ signs in their prominence along St Georges Terrace, with refurbishments becoming increasingly common as new office supply changes the dynamics of the market.

Business News’ research has found nearly $300 million worth of office refurbishment projects are either under way or have recently been completed along the terrace, with building owners eager to upgrade to remain competitive with the wave of new office builds hitting the market in 2015. One of the latest refurbishment projects to reach completion is the upgrade of the Mill Green complex, comprising 197 St Georges Terrace and 1 and 5 Mill Street.

Owner GDI Property Group spent $50 million on the three buildings, with the improvements at the 29-storey office tower at 197 St Georges Terrace vaulting the asset to sit among the CBD’s top-performing buildings for energy and water efficiency.

The tower now scores five stars under the national Nabers system for energy rating and indoor environment, as well as a four-star Nabers water rating, making it one of only two buildings in the CBD to achieve those benchmarks across the three categories.

GDI asset manager Paul Malek said the company had identified the potential for refurbishment when it bought the building for $152 million in 2011.

“Our company specialises in acquiring properties that have a bit of leasing risk and also require major refurbishments,” Mr Malek told Business News.

“It’s something that a lot of owners won’t want to take on, particularly this one, which was owned and occupied by the state government, who are moving out.

“It gave us an opportunity to reposition the building to what it was, an A-grade building.”

Mr Malek said the refurbishment was made in response to market demand, with potential tenants in government departments and multinational companies alike having a large focus on Nabers ratings and sustainability.

“You have to spend the money to deliver what the tenants expect, otherwise you won’t get a look-in,” he said.

“Our key focus was to improve the Nabers rating. We were targeting 4.5 and we’ve exceeded that, but that was the minimum requirement to attract the quality of tenants that we were after.

“When we started this three years ago it was a strong focus then, and that’s only increased from a tenant’s point of view.

“Not only do they take it on board, but a lot of the tenants in their own fit-outs embrace and try to improve their own internal space as well.”

Another recently refurbished building is the May Holman Centre at 32 St Georges Terrace, now known as Golden Square.

Landlord Golden Group spent $100 million on the refurbishment, which was carried out by national construction company Probuild.

State government department Legal Aid WA is expected to take up 6,000 square metres in the 15,000sqm tower, which was bought by Golden Group in June 2010 for $30 million.

Probuild also carried out the $85 million redevelopment of Cloisters on Hay, transforming the old one-level building into an 11-storey retail and office tower.

The finishing touches are being put on the St Georges Terrace frontage of Cloisters, which now has a 4.5-star Nabers energy efficiency rating.

Across the terrace at the Forrest Centre, the Insurance Commission of Western Australia is carrying out a $30 million refurbishment to satisfy the requirements of a new tenant, the identity of which it is keeping under wraps due to commercial sensitivities.

Last month, when ICWA announced it was placing a portfolio of three CBD office buildings on the market, chief executive Rod Withear said the commission had been committed to keep its building competitive.

The portfolio comprises the 13-level Westralia Plaza and the 19-storey Westralia Square, as well as the Forrest Centre.

“We’ve invested a lot of capital on these buildings to maintain their A-grade status so they are still attractive,” Mr Withear said.

Other jobs on the go in the CBD include a $15 million façade upgrade at 99 St Georges Terrace, which, once completed, will feature a new rooftop bar, and an $11.5 million restoration of the old Palace Hotel at 108 St Georges Terrace by Brookfield Office Properties.

Doric managing director Vince Mulholland said the spate of refurbishment jobs was a natural part of the property cycle, especially when there was a lot of new office construction.

“When you get premium and A-grade office buildings going up, people that are currently in lesser buildings move in,” he said.

“Then you get owners refurbishing, or even converting to apartments.

“That hasn’t happened on a large scale here, but I doubt we’ll see that because there are so many new apartments being built.

“But there is certainly, for the older offices, an impetus to reposition themselves.”