Colin Barnett has every reason to cheer the goals set out for the national commission of audit, but it’s follow-through that counts. 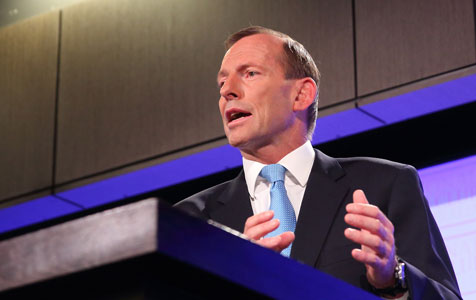 TOUGH TALK: Tony Abbott made cutting government waste a key part of the coalition's election platform. The pressure is now on to deliver.

Colin Barnett has every reason to cheer the goals set out for the national commission of audit, but it’s follow-through that counts.

Don't write off the Abbott government’s national commission of audit as being irrelevant to Western Australia. In fact the opposite could well be the case.

The commission started work last October and had been due to deliver its first report, dealing with the effectiveness of government spending across the board, and whether controls on the budget are effective, by January 31. However this was extended due to delays linked with a recent Senate hearing into its activities.

The deadline for its second and final report, on infrastructure and public sector accountability, is March 31. The timing is strategic. The audit process will be completed in time for consideration for the all-important May budget, which will set the parameters for economic management for the rest of this term of government.

The commission’s chairman, Business Council of Australia head Tony Shepherd, outlined the scope of the audit when he addressed the Senate hearing.

He said the commission had been charged with making recommendations to “achieve savings sufficient to deliver a sustainable budget surplus of 1 per cent of GDP prior to 2023-24”.

Noting that Australia was facing a budget deficit for the sixth year in a row, Mr Shepherd drew on Labor’s economic gurus, Bob Hawke and Paul Keating, who recently “urged the government and the community to accept that hard decisions on the budget need to be made now in the national interest”.

It is no coincidence that contentious issues such as the introduction of work for the dole and upfront charges for GP visits are being thrown around for public discussion. The reaction could well influence whether Mr Abbott and Treasurer Joe Hockey bite the bullet on curbing the growth in spending.

Several points made by Mr Shepherd could well have come out of WA Premier Colin Barnett’s economic script.

You could almost hear Mr Barnett referring to the federal education and health bureaucracies during the Rudd-Gillard-Rudd days, and asking the pointed question: ‘How many schools and hospitals do the Commonwealth run?’ The answer: None.

And then, in a near-echo of Mr Barnett’s familiar criticism of the shrinking proportion of GST revenue being returned to WA, Mr Shepherd said: “Furthermore, the financial imbalances between the Commonwealth and the states and territories are putting a significant strain on the federation”.

It’s one thing to recognise the problems associated with a lopsided redistribution of GST revenue, based on an outdated formula set when Australia was a closed economy. And there’s nothing wrong with aiming for a minimum standard of government services across the nation; after all, as a claimant state, WA was a beneficiary of the redistribution of Commonwealth tax revenue for years.

But now, after the economic shackles were removed during the Hawke-Keating years, the efficient and wealth-producing sectors of the national economy must be nurtured. Mr Barnett has been saying that for years and so, it seems, is Mr Shepherd.

Whether that message comes across in the commission’s final report, and whether Mr Abbott and Mr Hockey act on it is another matter.

Anything linked with public sector spending is on the commission’s agenda; that’s why it has received more than 300 submissions from across the board. Social welfare groups, unions, business and professional associations, research groups as well as individuals have all contributed.

Noting the current parlous budget prospects, Mr Shepherd added that: “without action, deficits are in prospect for many years to come”. The goal? Deliver a surplus of 1 per cent of GDP prior to 2023-24.

The terms of reference are laced with laudable goals such as: to “ensure taxpayers are receiving value for money”; “eliminate wasteful spending”; “identify areas or programs where Commonwealth involvement is inappropriate”; and “improve the overall efficiency and effectiveness” of government services.

Eliminating wasteful spending, and winding up programs that have outlived their usefulness are easy in the private sector. It’s harder in government. There are always reasons to continue programs so as not to upset pressure groups, especially if a government is sitting on tight margins, feedback from focus groups is negative, or approval ratings in opinion polls start to slide.

Reports following major inquiries can gather dust if the options are too unpalatable. But if Mr Shepherd and his commissioners deal constructively with both the elimination of duplication and other wasteful spending, and the more efficient reallocation of money to reduce strains on the federation, they will have performed a national service.

And Mr Barnett, for one, will demand that Mr Abbott and Mr Hockey follow through, starting with the May budget.