A new artificial reef sunk in the Exmouth Gulf this week is expected to add significant value to marine research and recreational fishing opportunities in the waterway. 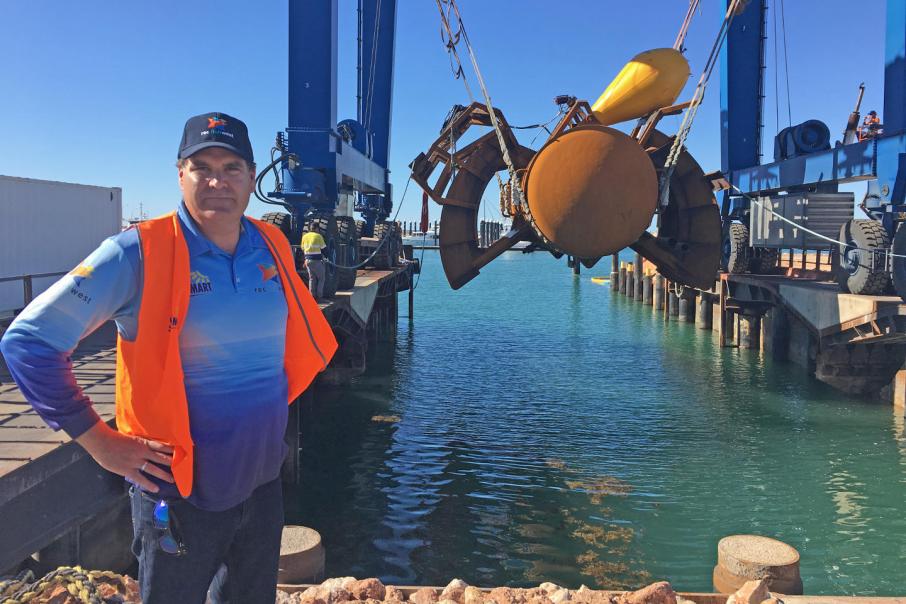 Andrew Rowland says the reef could provide a sustainable fishing environment for the next 50 to 100 years.

A new artificial reef sunk in the Exmouth Gulf this week is expected to add significant value to marine research and recreational fishing opportunities in the waterway.

Named King Reef, the $1 million project is the largest purpose-built habitat in the Southern Hemisphere.

The project has involved collaboration by Recfishwest, Perth-based Subcon Technologies and Curtin University, with funding and resources from BHP Billiton and National Energy Resources Australia.

Recfishwest is a community-based not for profit that provides advice to the fisheries minister on the use of fisheries licence revenue.

The company sourced $300,000 in funding for the project through the state government Recreational Fishing Initiatives Fund, which invests 25 per cent of boat and fishing licence fees back into the sector.

King Reef is located between the town and the main boat ramps on the sheltered west side of the Exmouth cape. 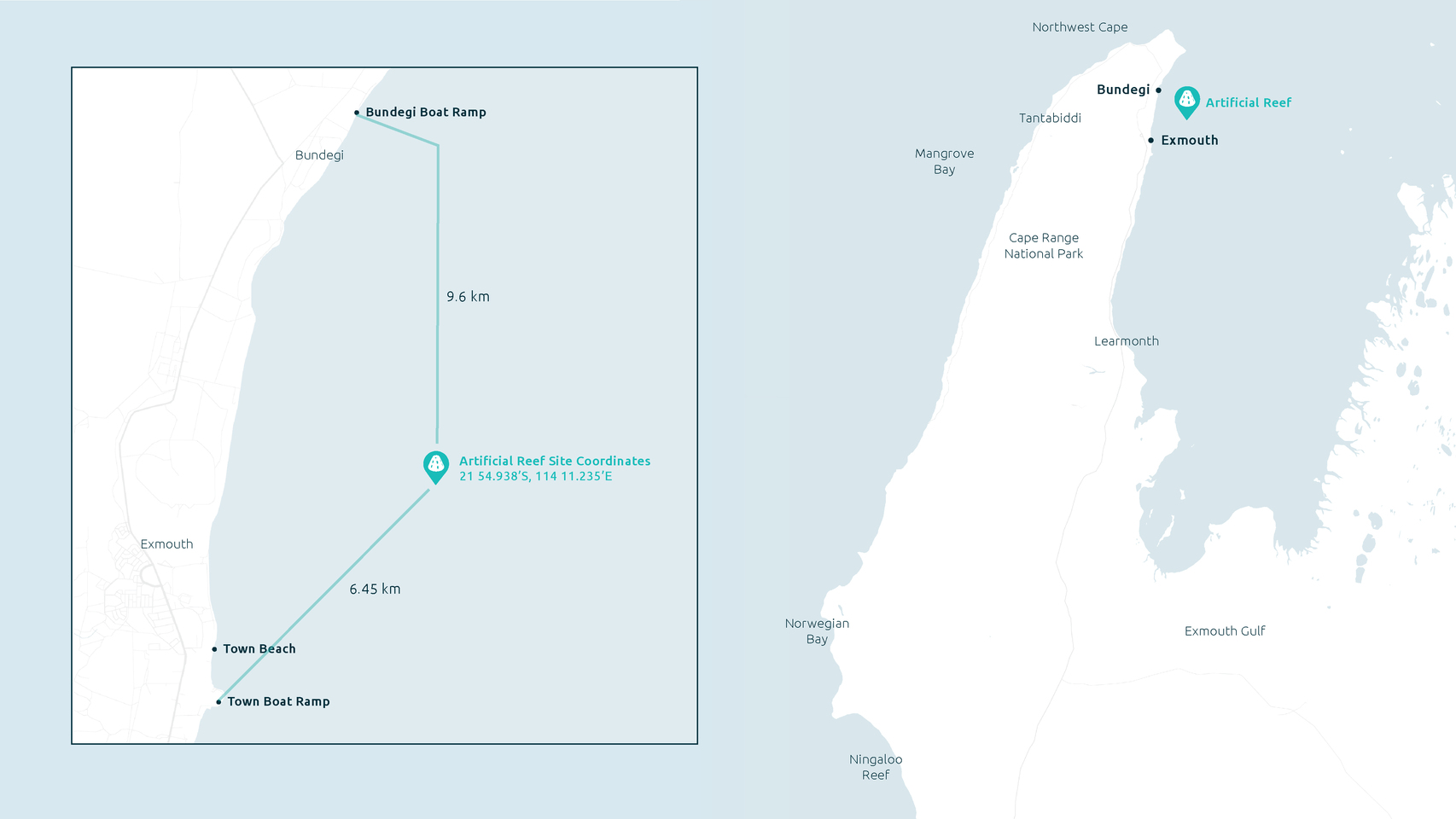 The reef was designed following analysis of the area’s specific environmental characteristics, based on research indicating that installed structures foster a greater diversity and abundance of fish.

It was designed by Subcon, and will provide more than 27,000 cubic metres of habitat.

Subcon chief executive Matthew Allen said his company proposed the project to Recfishwest in 2016, aiming to create a productive reef and safe fishing experiences in the Exmouth Gulf.

“The (reef’s) premise is to use ecosystem engineering techniques to repurpose existing marine structures earmarked for decommissioning into new marine habitats,” he said.

“This is achieved by installing fish-attracting features onto the structures and then integrating them into a field of purpose-built concrete reef modules to form a productive ecosystem.”

The six steel tanks donated by BHP have been retired from an offshore facility, and were valued at more than $5 million, Mr Allen said.

Formerly part of the facility’s support structure, the tanks were thoroughly cleaned of all paint and marine growth, allowing them to be cut and modified into a potential underwater habitat. 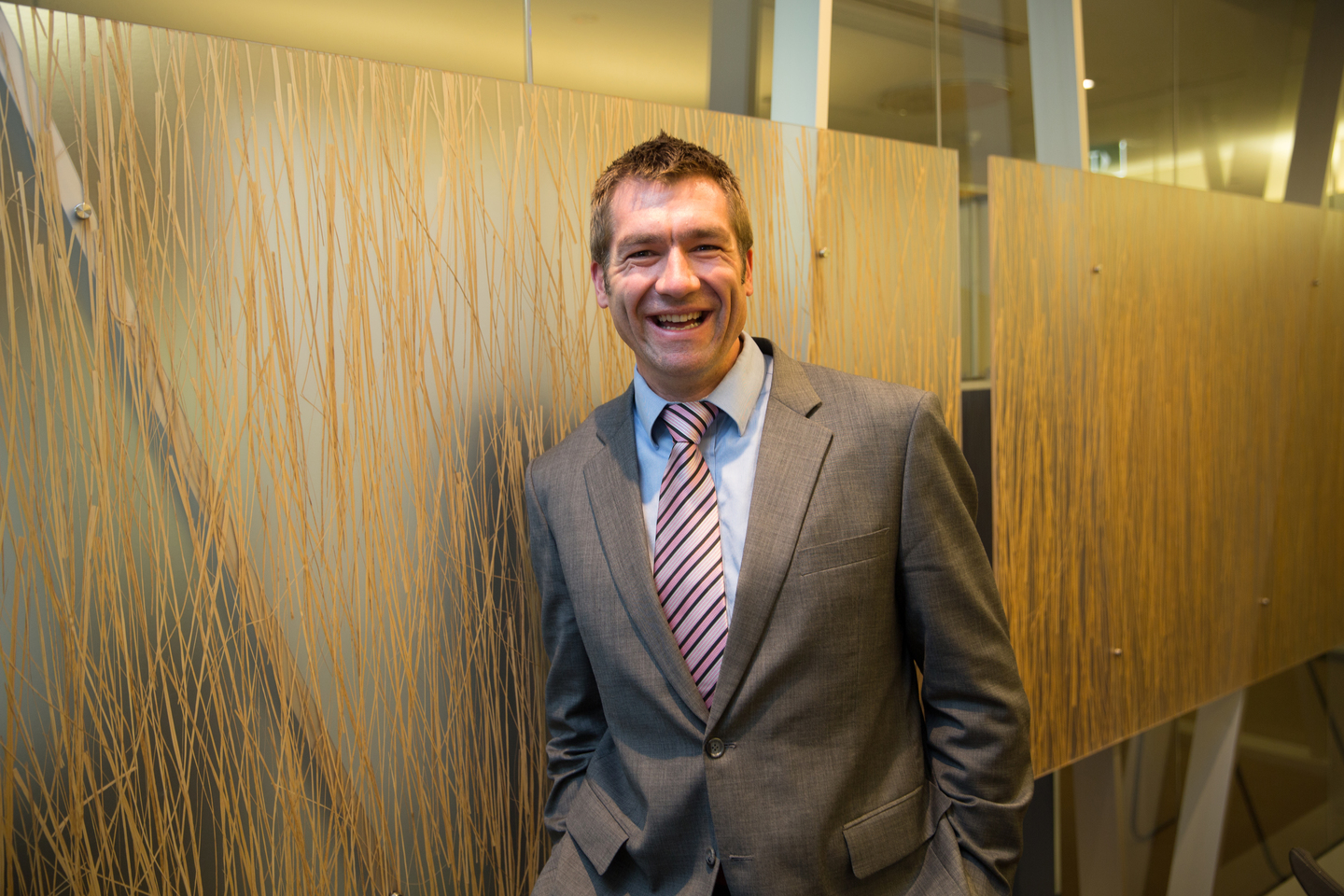 Mr Allen said the project has set a benchmark for the retirement of offshore structures, and had attracted international interest.

Recfishwest chief executive Andrew Rowland told Business News the opportunity provided by BHP allowed the not-for-profit group to recycle the steel buoys and repurpose them into an artificial reef.

King Reef is the sixth purpose-built artificial reef in WA.

“In Dunsborough and Bunbury, we’ve seen considerable increase in the types of fish that inhabit that reef,” he said.

“It’s not dissimilar to the Busselton Jetty, which is revered as a man-made structure for its biodiversity and fish-production benefits.

“These man-made structures based on science are a new way of improving the biodiversity and abundance of fish in our local waters.”

The Exmouth project will create a new fishing location in a flat, sandy and barren area that previously had little habitat for fish.

Dr Rowland hopes it will provide a new fishing environment that can be sustainable for the next 50 to 100 years.

The local Exmouth fishing community will also be involved in monitoring the reef as part of Recfishwest’s wider Reef Vision project, which recruits volunteer community members to gather data in the form of underwater video.

Curtin University researchers will analyse and report on this data, investigating aquatic eco-systems and reef restoration.

Dr Rowland said the Reef Vision project had proved a cost-effective research solution during the past four years, diminishing the need to transport scientists and costly equipment to rural areas.

In addition, communities had been given the opportunity to have hands-on involvement in the science and research connected to the reef.