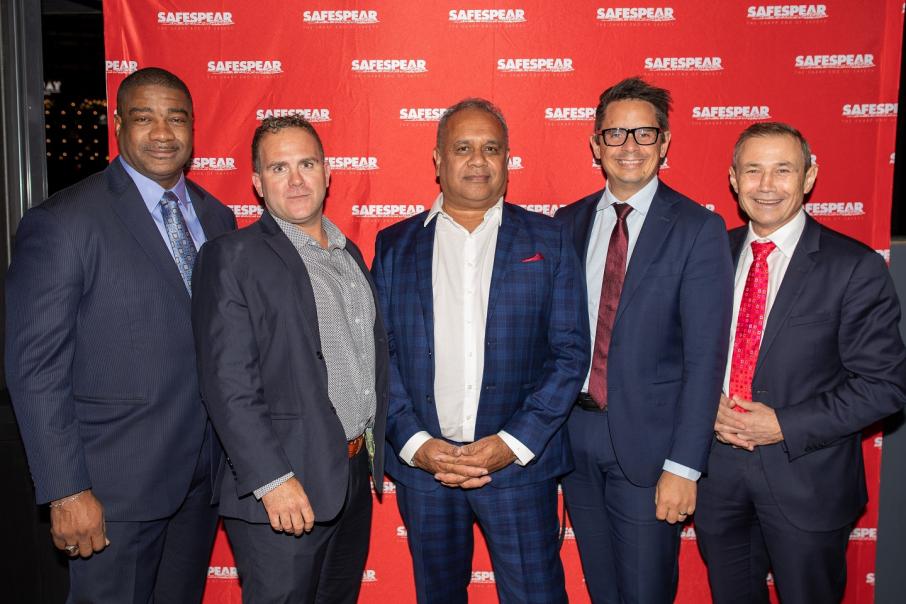 Among those in attendence to celebrate the launch were Chevron Australia managing director Al Williams, Aboriginal Affairs Minister and Treasurer Ben Wyatt, and Health Minister and Deputy Premier Roger Cook.

Speaking to Business News at the launch, Mr McGuire said the new, community-based business would maintain a high standard of worksite safety for the state’s oil and gas workers.

“[Redspear] is Aboriginal-owned, and we’ve teamed up with Safehouse to bring an amalgamation of great operations to the industry,” he said.

Bringing together the expertise and knowledge of the two organisations, Mr McGuire said in a statement that Safespear’s services would include an array of measures that would benefit the state's oil and gas workers as well as employment opportunities for regional WA.

"This new venture with Safehouse will allow the business to fully diversify in the supply of a wide range of safety solutions, services and products to effectively manage hazardous working environments in both onshore and offshore settings," he said.

"Furthermore, it gives us the opportunity to provide real jobs in regional and remote Australia so that all Australians can plan for their future and the future of their families with confidence.”

Mr Wyatt also spoke at the launch, telling the crowd he was inspired by Mr McGuire’s efforts to marry Aboriginal culture with opportunities for the business community.

“The deep connection to culture that [Mr McGuire] has always had … has such a deep impact on us when we go about making decisions,” Mr Wyatt said.

“I’ve always said that … it’s not just about tinkering around the edges, it’s about getting front-and-centre and ensuring Aboriginal people are there when it comes to [companies like] Chevron, Woodside, Rio Tinto, BHP, [and] FMG.

“When it comes to big companies looking for the big contracts, Aboriginal people are there.”

Speaking with Business News, Mr Wyatt said Mr McGuire had always ensured Aboriginal people had a chance in the world of business.

“Watching him start his own business, there was a sense of inevitably he would end up [with a company like] Safespear,” he said.

“I think his ambition is tempered by reality; he understands the competitive nature of the industry he’s moving into, but I think that’s what gives him the rationality around what he’s trying to achieve.

“I think you’ll see him not just create opportunities for Aboriginal people, but [also] see Aboriginal people have more of a role in taking benefit from that big area of our economy that generates so much wealth.”