Almost 600 charities, including more than 170 bush fire brigades, have had their charitable status revoked by the national regulator. 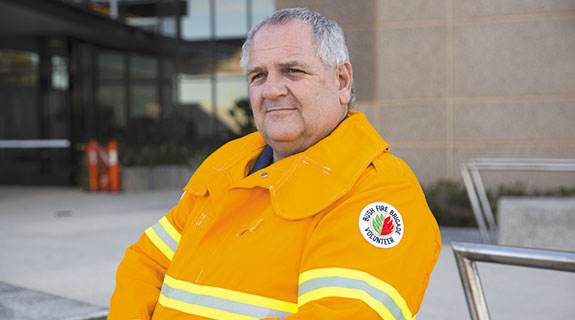 Almost 600 charities, including more than 170 bush fire brigades, have had their charitable status revoked by the national regulator.

The financial viability of more than 170 of the state’s volunteer bush fire brigades is in doubt after they had their charitable status revoked by the Australian Charities and Not-for-profits Commission (ACNC).

More than 580 Western Australian charities have been purged from the national register of charitable organisations, including many bush fire brigades, which rely on the special status to attract donations.

In total, about 6,000 charities across Australia, out of a total 56,500, have had their charitable status revoked by the national charity regulator, effective this month.

As part of the ‘cleaning up’ of the register, an ACNC spokesman said charities that had not submitted their 2013 and 2014 annual information status, or those that were found to be no longer operating, were told their charitable status would be revoked.

The ACNC has offered to fast track the re-registration process for any charities that request reinstatement.

“The amount of red tape and paperwork we had to go to as volunteers … it’s just too complex and time consuming and unreasonable,” Mr Gossage said.

He said ACNC requirements effectively doubled the workload for time-poor volunteers who were already frustrated by various administrative responsibilities.

“When I go around the state, the common whinge that I get is that between the local, state and federal government, the amount of paperwork we’ve got to do is getting overwhelming,” he said.

“We’ve got bureaucracy being brought in to tick a box basically, and the reality is they don’t see the long-term consequence of that.

“It makes the bureaucrats’ job easy, but they don’t understand ... you’ll end up with volunteers just chucking in the towel, saying there’s too much paperwork.”

Mr Gossage said he was concerned bush fire brigades would miss out on vital charitable donations that complemented activities such as fighting fires, which are paid for in part by funding from the state emergency services levy.

“The businesses that traditionally may have supported bush fire brigades and got that tax concession may not support them anymore,” he said.

Depending on a brigade’s location, Mr Gossage said, between 10 and 50 per cent of day-to-day activities such as community and school education visits and prescribed burning activities were funded by charitable donations.

“There was a 10.3 per cent emergency services levy increase this year but none of it’s been seen by the volunteers on the ground; that increase is going into the state government’s daily administrative costs. That’s why we are still having to fundraise,” he said.