Red Sky up on news of coal seam purchase

Shares in West Perth-based Red Sky Energy grew as much as 18 per cent in trading this morning following the announcement of further coal seam acquisitions across prospective basins in northern New South Wales.

Shares in West Perth-based Red Sky Energy grew as much as 18 per cent in trading this morning following the announcement of further coal seam acquisitions across prospective basins in northern New South Wales.

The company acquired seven coal seam permits in the Surat and Eromanga Basins across northern NSW from Norwest Hydrocarbons via a share sale agreement with its shareholders.

"Importantly the company will hold a 100 per cent interest, which provides flexibility for farm-outs<" he said in a statement.

"The evidence of coal occurrences and gas in water bores across such a large area is considered significant and important indicators of prospectivity."

Previously, on 28 July 2009 Red Sky announced it had acquired the rights in two CSG permits in the highly prospective Surat Basin, Queensland region of Australia.

Australian company Red Sky Energy Limited (ASX: ROG) ("Red Sky" or "the Company") has continued its strategy of securing major acreage positions across a number of prospective Australian basins. The Company confirmed it has agreed to acquire, via a Share Sale Agreement (SSA) with the shareholders of Norwest Hydrocarbons Pty Limited ("NHL"), a 100% interest in seven prospective Coal Seam Gas (CSG) permits in the Surat and Eromanga Basins across northern NSW.

Under the terms of the SSA, Red Sky will acquire 100% of the issued capital of NHL. NHL has a 100%interest in seven permits and permit applications (refer Fig 1). The permits comprise:
 Granted permits ‐ PEL 465, 466, 467. These permits require modest work commitments totalling A$550,000 across the three permits to October 2010.
 Permits under application (yet to be granted) ‐ PELA 87, 90, 91, 94. These permits require modest work commitments over two years totalling A$600,000 across the four permits, with expected commencement early 2010.

The SSA was executed today, and is conditional upon the aforementioned shareholder approval and confirmatory due diligence. Red Sky Energy will shortly issue a notice of shareholder meeting.

The permits are a potentially significant CSG resource:
 The seven permits comprise 967 blocks totalling 71,600km2.
 Substantial data acquisition and analysis undertaken by Norwest Hydrocarbons has identified a significant numbers of gassy water bores and water bores intersecting coal across all of the seven permits.
 The gas is thought to be biogenic in origin, with wide distribution across most of the permits.
 Eastern Star Gas Limited recently drilled in adjacent PEL 428 (the Kurrabooma 1 core hole) and discovered four (4) metres of net coal (gas content and permeability although is yet to be tested). Applying this over the area of just the easterly permits, with a reasonable gas content of 5m3/t, yields 34tcf gas‐in‐place, and
 The coals intersected by the Kurrabooma 1 core hole are Cretaceous age and an extension of the coals targeted by Red Sky Energy in ATP 840 and 904 to the immediate north in Queensland.*

On discovery of a significant CSG resource Red Sky Energy would have numerous development/exit options available to it given the infrastructure in close proximity. The easterly permits are close to the proposed route for the Wallumbilla to Newcastle pipeline, and the westerly permits are traversed by the Moomba to Sydney pipeline.

Given the size of the acreage position, Red Sky will initially focus a modest work program on the granted PELs. The objective will be to confirm the CSG properties of the coals, their lateral extent and the geological / hydrogeological model of the basin. The work commitments will be funded from existing cash reserves.

Managing Director Mr Rohan Gillespie said, "This acquisition represents another major growth opportunity for Red Sky, in one of the fastest growing gas exploration areas in Australia. Importantly the Company will hold a 100% interest, which provides flexibility for farm-outs. The evidence of coal occurrences and gas in water bores across such a large area is considered significant and important indicators of prospectivity."

Previously, on 28 July 2009 Red Sky announced it had acquired the rights to earn up to a 100% interest in two CSG permits in the highly prospective Surat Basin, Queensland region of Australia. The permit areas cover an approximate area of 1700km2, are located close to existing and planned gas infrastructure and are adjacent to significant acreage positions held by the major CSG/LNG companies.

*The technical information contained herein is based on information compiled by Red Sky Energy Ltd's technical advisor Scott Thomson, who has in excess of 30 years experience in coal and CSG exploration and production. Mr Thomson is a certified member of the Society of Petroleum Engineers, and the Geological Society of Australia, and is subject to the code of ethics of these bodies. Mr Thomson has prepared a number of reports and evaluations for a variety of Australian and North American companies over the past ten years. Mr Thomson is also a shareholder in Red Sky Energy Ltd. Mr Thomson consents to the inclusion in this announcement of the information in the form and content in which it appears. The potential gas in place estimates are classified Undiscovered Petroleum Initially In Place (UPIIP) in accordance with SPE PRMS classification and additional work is required to report a contingent
gas resource. 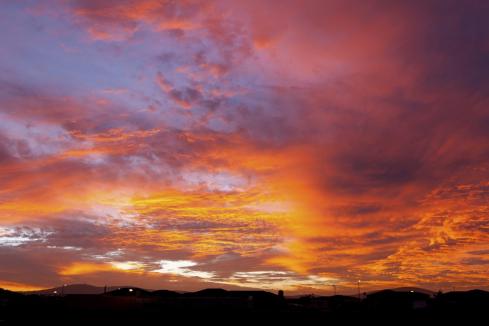