Recyclers gear up for growth

Bayswater company Resource Recovery Solutions has become the largest processor of construction waste in Western Australia after buying out a facility from a major competitor, as the government finalises an incentive scheme designed to lift the state’s poor record in recycling. 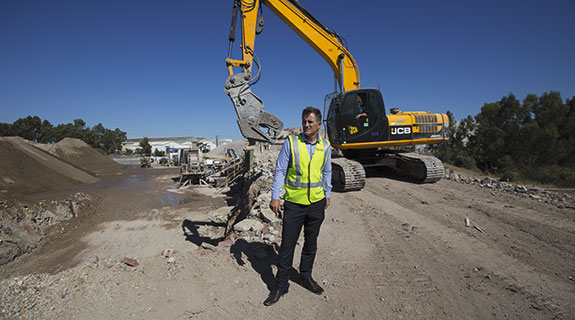 Bayswater company Resource Recovery Solutions has become the largest processor of construction waste in Western Australia after buying out a facility from a major competitor, as the government finalises an incentive scheme designed to lift the state’s poor record in recycling.

That purchase, combined with its own purpose-built facility, gives Aurigen the capacity to process 500,000 tonnes of waste material per year. 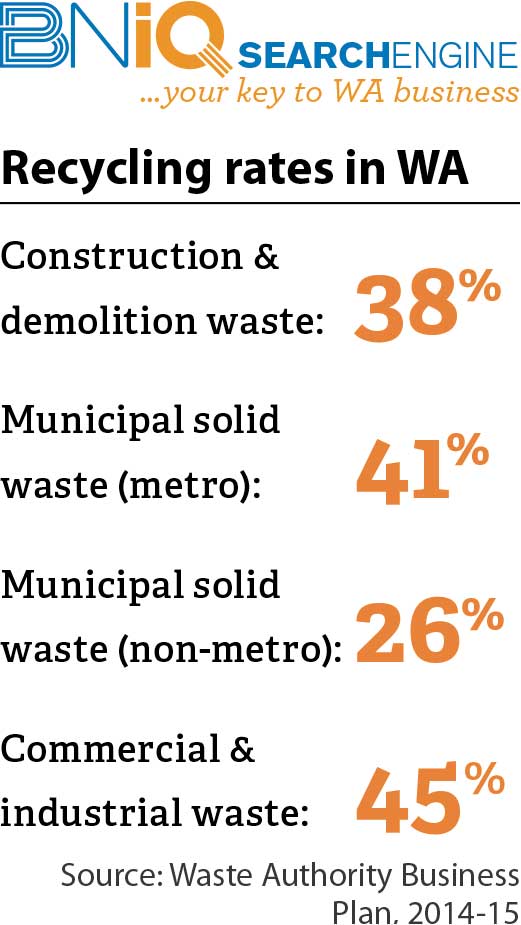 In time, he intends to invest in an upgraded material recovery facility at the Bayswater site.

Mr Mangione said the acquisition would help the group consistently produce better product streams for its customers, which include local councils and land developers.

The acquisition lifts the number of employees in Mr Mangione’s group to 320. 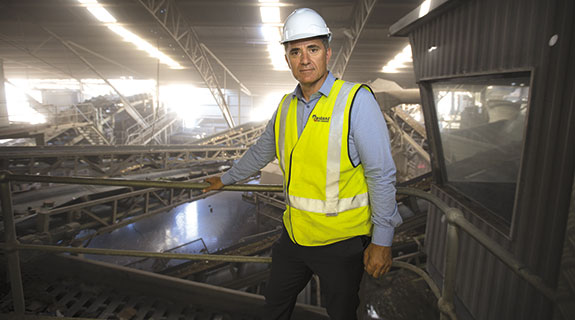 The industry consolidation comes at a time when two government initiatives are driving an increased focus on recycling.

The state government’s landfill levy increased sharply last year and is set to lift further, making it more attractive financially for waste generators, such as construction and demolition (C&D) companies, to pursue recycling and other alternatives.

The levy for putrescible waste doubled to $55/t last year, while the levy for inert waste increased five-fold to $40/t.

The levy for both kinds of waste is scheduled to increase to $70/t in July 2018.

In addition, the government is finalising a $10 million incentive scheme designed to boost the use of recycled C&D materials in projects such as building roads, car parks and drains.

WA produces about 3mt of C&D waste each year, with only about one-third recycled – significantly lower than in other states.

C&D materials account for about half of all waste dumped in landfills in WA and is a major focus for the Waste Authority, which is targeting an increase in recycling rate for all waste streams.

The incentive scheme was announced last September but industry is awaiting the formal launch to get details of how it will work in practice.

“I expect to launch the $10 million recycled construction products program and release the supporting guidelines in the near future,” Mr Jacob said in a statement.

The details will be crucial because previous initiatives have foundered on the smallest detail.

In 2011, for instance, then environment minister Bill Marmion hailed an agreement with Main Roads Western Australia that was meant to boost the use of crushed recycled concrete in road base.

“The significance of this achievement cannot be understated as it creates a market for more than 1 million tonnes of recycled C&D waste,” Mr Marmion said at the time.

That was followed by a breakthrough contract awarded to Capital Recycling to supply road base for the upgrade of Great Eastern Highway.

However, Capital was forced to halt supplies after a few months, after concerns were raised about the presence of asbestos in C&D waste in general.

A WA Local Government Association survey undertaken in 2013 found that cost and uncertainty over product quality and specifications were the main barriers to the use of recycled C&D waste by local councils.

A spokesperson for Main Roads told Business News that CRC was a strong road construction material, and that the Department of Environmental Regulation has implemented new licensing and testing requirements for management of asbestos in recycled materials.

This includes a specification that road base can have 0.001 per cent asbestos.

The spokesperson said Main Roads does not use CRC in the basecourse layers of its road pavements (higher traffic roads) due to the residual cement still being active and therefore creating a potential to become too stiff and suffering fatigue crack.

However, CRC is considered a very suitable basecourse material on lower traffic roads such as residential arterials where any potential cracking can be managed through the use of geotextile reinforced seals.

In addition, Main Road WA said it encourages use of CRC as a sub-base underneath full depth asphalt pavements on its Alliance projects such as the Great Eastern Highway upgrade in Belmont and on the Gateway project currently under construction.