Bayswater-based recycling company Resource Recovery Solutions was fined $85,000 in the Magistrate’s Court yesterday for the death of a worker in September 2013, when the roof of a unit inside its plant collapsed under the weight of debris. 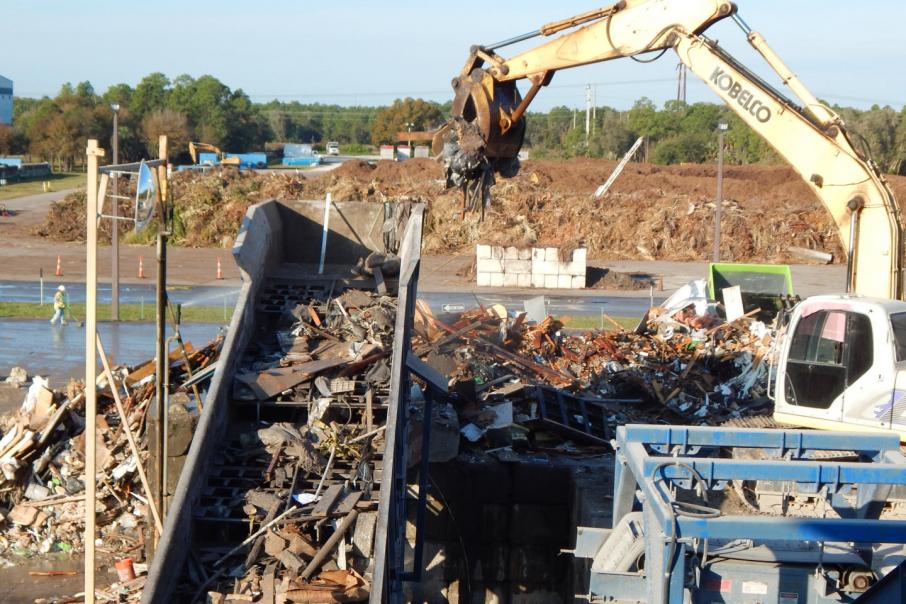 A generic recycling plant unrelated to the facility in the Worksafe case. Source: Wikimedia Commons

Bayswater-based recycling company Resource Recovery Solutions was fined $85,000 in the Magistrate’s Court yesterday for the death of a worker in September 2013, when the roof of a unit inside its plant collapsed under the weight of debris.

Within that plant, a conveyor belt passes over a small room, with pieces of masonry and dirt dislodged and usually cleaned at the end of the day.

On the day of the incident, however, the debris had not been cleaned, with more than five times the safe working load on the facility, which Worksafe said was five or six weeks of build up.

The roof of that room collapsed, with one person inside killed and four others unharmed.

In a statement today, WorkSafe acting executive director Chris Kirwin said the safety procedures at the company were “lax at best”.

“There was no clear system in place to monitor the roof of the picking station and ensure it was kept free of debris, and workers had not been warned of the hazard of a build-up on the roof,” Mr Kirwin said.

“Although the roof was usually cleaned off as part of the general clean-up at the end of the day, the task was not included in any formal safety procedure and it was not regularly checked on.

“Since this incident, the employer has introduced procedures to ensure workers are aware of the hazard and that the roof of the picking station is checked throughout the day.

“The conveyor belts have also been upgraded so less debris is deposited on the picking station roof, which has also been reinforced with steel beams.

“But it would have been practicable for each of these control measures to have been put into place earlier, and it may well have prevented this tragic loss of life.

“Employers everywhere should use this case as a reminder to ensure that risks are assessed and all practicable safety measures and safe work procedures are put into place.”