More than 1,300 people attended a National Reconciliation Week breakfast this morning in Perth and heard newly installed minister Ken Wyatt deliver a positive message about progress to date and urge optimism and trust for the future. 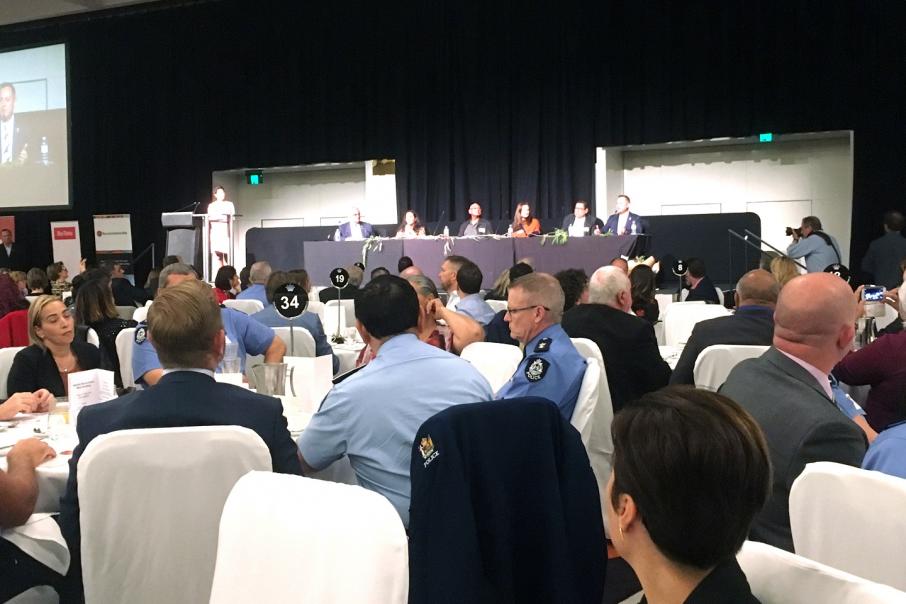 The state government used this morning’s breakfast to pledge $1 million over four years for Reconciliation WA.

More than 1,300 people attended a National Reconciliation Week breakfast this morning in Perth and heard newly installed minister Ken Wyatt deliver a positive message about progress to date and urge optimism and trust for the future.

Mr Wyatt is the first indigenous person to be Minister for Indigenous Australians and also the first to be a cabinet minister.

His first public speech since being sworn in drew the largest audience to ever attend a breakfast event at Crown Resorts.

Mr Wyatt, who was born in 1952 as one of 10 children, shared with the audience many of the setbacks and challenges he and his family have faced because of overt racism.

This included racist emails and messages he was sent when he first ran for parliament 10 years ago, which he described as a throwback to the 1950s.

“Those things scar you and of course they hurt but they don’t define you,” Mr Wyatt said.

“I apply the same lens to our larger journey of reconciliation.

“Yes we acknowledge the suffering and wounds; indeed we can’t go forward unless we tell the truth about the past.

“But every step we take, every progression we make, is because of hope, because of optimism, because we choose trust over distrust and courage over fear.”

They are among numerous businesses to have engaged with the reconciliation process, including by pledging their support for the politically contentious Uluru Statement.

Released in 2017, the Uluru Statement called for the establishment of a First Nations ‘voice’ in the Constitution and a commission on agreement-making and truth-telling.

“The latest study shows the overwhelming majority of Australians believe the linkages between indigenous and non-indigenous Australians are important, and that knowing our history and truth telling are vital to this relationship,” he said.

“Eighty per cent support a formal truth-telling process and 95 per cent agree its important Aboriginal and Torres Strait Islander people have a say in the matters that affect them.”

Mr Wyatt acknowledged much needs to be done but spoke positively of the progress achieved since his youth.

Mr Wyatt said policy will be made in conjunction with indigenous Australians.

“I believe it’s only though genuine partnerships and walking together that we will solve our problems," he said.

“We need to jettison forever the historic mindset of our people as passive recipients of services and programs.

“We need instead partnerships based on mutual respect, mutual resolve and mutual responsibility.”

The state government used this morning’s breakfast to pledge $1 million over four years for Reconciliation WA.