Western Australia’s home-building sector may be set to break all-time records in the 2014-15 financial year but the booming conditions aren’t likely to last, with a significant slowdown predicted over the next two years. 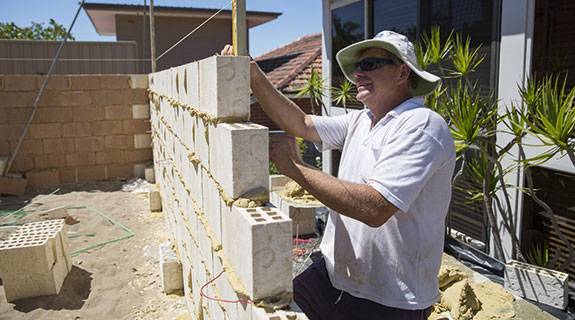 WANING: Demand for new homes has been forecast to moderate in the near future. Photo: Attila Csaszar

Western Australia’s home-building sector may be set to break all-time records in the 2014-15 financial year but the booming conditions aren’t likely to last, with a significant slowdown predicted over the next two years.

The Housing Industry Forecasting Group released its latest report last week, which showed total dwelling commencements in 2014-15 will hit 30,000, 3 per cent higher than the previous record-breaking year in 2013-14.

However, early indicators are showing the industry will take a significant step back in the next 12 to 24 months.

Recent data released by the Australian Bureau of Statistics showed new home building was cooling considerably in WA, with home loan approvals down 14 per cent on the same time last year.

Building approvals data from the ABS showed a similar picture, with the 2,092 dwellings approved in February well off the peak of 3,239 in July last year, continuing the downward trend, which began in October.

New home sales are also declining, with Housing Industry Association figures showing sales by the major builders in February were 3 per cent down on January and 14 per cent lower than the five-year high in October last year.

But he said there was no guarantee that level of activity would be achieved, especially if WA’s population growth continued to slow and its economic outlook remained bleak.

“Slowing population growth is already being felt in the established and rental markets and should population growth turn out to be lower than projected, this will have impacts on housing demand,” Mr Darby said.

The HIA is also compiling its quarterly forecasts, which are due for release in coming weeks, but economist Geordan Murray said the sector had already reached its cyclical peak in the second half of last year.

Mr Murray also forecast activity to slow further throughout the next 12 months.

“We anticipate a larger fall in percentage terms as activity recedes from the peak in 2015 and 2016,” Mr Murray told Business News.

Despite the record levels of supply, Mr Darby said affordability remained an issue in WA, particularly for households on low or moderate incomes.

“In the December quarter 2014, a Perth household on the estimated median income of $86,700 would have been able to afford a property valued at just over $400,000 if they were to pay no more than 30 per cent of their income in repayments,” he said.