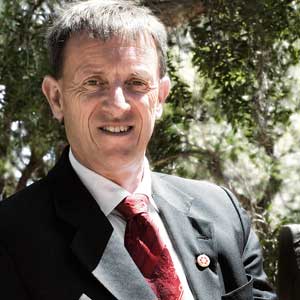 PURPOSE: BASIL HANNA SAYS THE $1.9 MILLION FROM THE PARKERVILLE FUNDRAISER WILL BE USED TO BUILD A CHILD ADVOCACY CENTRE. PHOTO: GRANT CURRALL

The two organisations raised more than $3 million in separate events.

It is thought to be the largest grossing one-day fundraiser in Australia outside of Telethon or Appealathon.

Parkerville board member Fiona Pollard provided the venue, formerly known as Mead's, which she co-owns with husband Brent, while fellow board members Adam Rankine-Wilson and George Jones used their contacts to fill the seats.

The fundraiser even trumped this year's Variety WA Bash, which raised $1.2 million - the second-highest fundraising result in the event's 21-year history.

The Parkerville fundraiser did not offer auction prizes or memorabilia, but instead relied on the generosity of Perth's business elite including Andrew Forrest, Stan Perron, Tim Lyons, and Peter Sarich.

"The people of Perth were just so generous and it should be stressed that this wasn't Wesfarmers' money, or Gindalbie's money, it was the personal money of those who attended and really goes to show that people do want to give towards good causes despite the economic circumstances."

WA Business News understands that personal donations ranged from $10,000 to $150,000 with some gifts to be paid over the next two years.

The money will be used to build a $4.5 million child advocacy centre in Armadale, a 'one-stop shop' to assist children who are victims of sexual and severe physical abuse, through prevention, education and intervention.

The centre will use the latest best-practice methods of treating abused children, similar to centres that have operated in the US and Europe for the past 27 years.

Former Gindalbie chairman and one-time Parkerville resident, George Jones, told attendees that he attributed much of his professional success to the support he gained from the charity.

Mr Jones said the "outstanding" fundraising result would not only help Parkerville build the child advocacy centre, but also support his personal pursuit to establish more centres in coming years.

Mr Pailthorpe said each team in the 4,900-kilometre fundraising marathon committed to raising at least a $10,000 donation, with many raising substantially more.

"We know the past several months have been more challenging than usual to raise funds, however our $1.2 million milestone is testimony to their unwavering dedication and passion," he said.

Since its inception in 1989, Variety WA has raised more than $17 million for sick, disadvantaged and special-needs children. 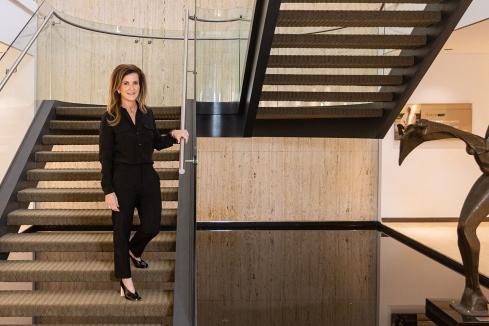