Record amount ploughed into and out of Lotterywest

The 33 cents of every dollar spent by Western Australians on Lotterywest games each week has pushed the state lottery’s community contributions to a record high. 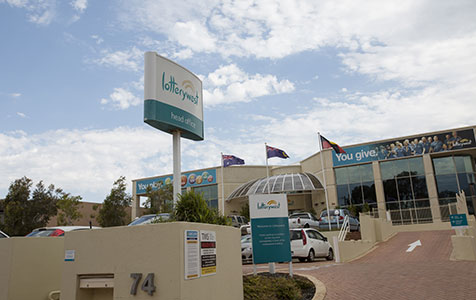 The 33 cents of every dollar spent by Western Australians on Lotterywest games each week has pushed the state lottery’s community contributions to a record high.

Sales from lottery tickets and games totalled $826 million in the last financial year.

Of that money, $283 million went to the Western Australian community and $463 million was won by punters.

Included were 85 division one Lotto winners.

WA is the only state where money raised in lottery products is given directly back to community not-for-profit organisations and local government authorities for programs that seek to enhance the quality of life for all state residents.

As part of the $283 million in funding for community activities nearly half was given in direct grants to almost 950 community and charitable organisations while just more than half went to hospitals ($122 million), the arts ($15 million) and sport and recreational groups ($15 million).

The two largest grant recipients the Perth International Arts Festival and ScreenWest each received  $7.3 million, a figure based on a percentage of total Lotterywest sales.

The next biggest grant recipients included the City of Gosnells which were given $4 million towards the $40 million redevelopment of sport, community and recreation facilities at Mills Park, $3.5 million to the Shire of Exmouth towards the construction of community spaces, offices and events facilities in the $30 million Ningaloo Centre, and $3.2 million to the Cannington-based Nulsen Haven Association towards building an office to accommodate administration work and expand services supporting people with disabilities and acquired brain injuries.

Grants were also given in smaller amounts including $991 to support educational activities and social events for retired people in Gwelup, $500,000 towards the 2015 Australia Day Skyworks and $1 million towards the development of a multipurpose community hub in Dampier.