Dedication, commitment, and business acumen pay off for some of the state’s leading NFP executives. 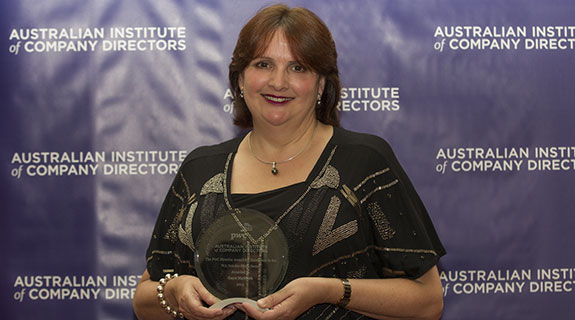 Dedication, commitment, and business acumen pay off for some of the state’s leading NFP executives.

Three respected leaders in the state’s not-for-profit sector have received plaudits in separate awards ceremonies this month, for a range of personal and organisational achievements. 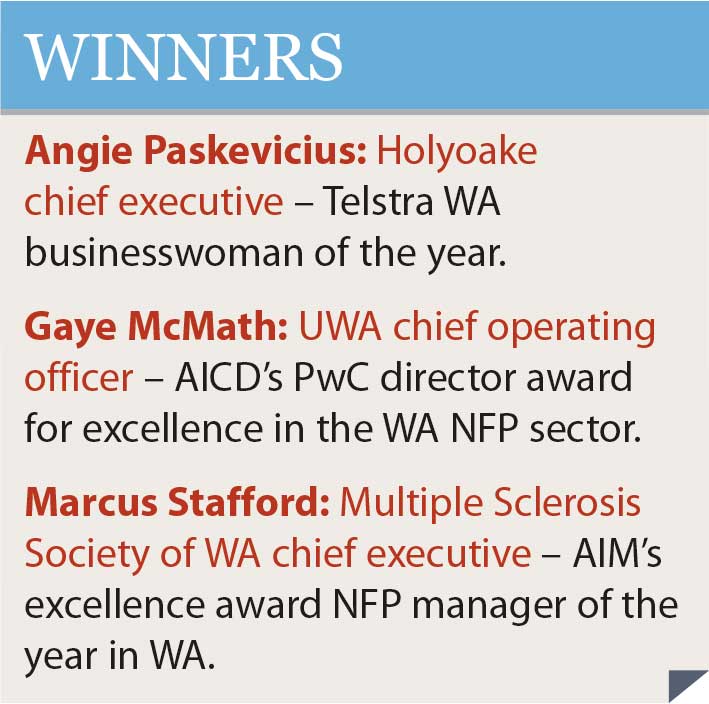 Ms Paskevicius has been credited with turning around the drug and alcohol support service from a business struggling to survive on government grants in 2007.

Ms Paskevicius said while funding was often scarce and a challenge for organisations seeking to be sustainable, she had learned that working in partnerships and leveraging off other’s strengths could add powerful momentum.

Ms McMath, who is on the boards of the Perth International Arts Festival, Perth Convention Bureau, and the Committee for Perth, told Business News there was a common thread across all of her work.

“All of these organisations are dedicated to making Perth a better place to live and work ... the thing I really love about being on boards is the breadth and depth of experience you get and the amazing people you work with, who are all in it for the common good,” Ms McMath said.

Mr Stafford, who has grown staff members at the MS Society five-fold since 2002, increased fundraising from 2005 by more than 700 per cent, and made the WA branch the largest contributor to research towards finding a cure for MS, told Business News the secret was running NFPs like a business.

“We see people with MS and other neurological conditions as both shareholders and customers,” he said.