REAL estate agency, Realmark, believes that breaking away from a national franchise and rebranding have helped it weather the downturn in the property market. 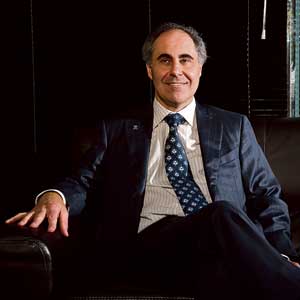 REAL estate agency, Realmark, believes that breaking away from a national franchise and rebranding have helped it weather the downturn in the property market.

Headquartered in Leederville, the residential and commercial property sales, management and consultancy business continues to thrive, following an internal restructuring and rebranding process undertaken a year ago.

"We have buffered ourselves from the ups and downs within the market and we are still achieving positive results, so we have not yet dropped off," Realmark founder and director John Percudani said.

In 1989, Mr Percudani and his wife, Anita, established Realmark Property Consultants, growing to 10 staff in just more than a decade, with little presence in the residential property sector.

To get a foothold in the competitive market, the company joined global real estate agency Remax in 2001 and for six years worked as part of the national franchise in Australia.

"But then we came to a fork in the road and I guess in a sense we became polarised from the Remax brand because we had a clear but different direction to where we wanted to go and it became clearer and clearer for us, what we wanted, and that didn't fit in with the franchise," Mr Percudani said.

"So we undertook rebranding in 2007, which was a large challenge for the business.

"We were a successful, well-established business but there was so much room to grow and the franchise structure we had in place wouldn't allow us to really express our strengths."

So Realmark went solo, which involved the creation of a new look and brand and adjustments to the culture of the business.

This threw up challenges for the business, Mr Percudani said.

"The staff had to make significant adjustments and while most embraced the change, it was hard for others to take," he said.

"Moving away from the franchise structure allowed us to create an identity that truly reflects the way we do things here.

"We are not your stock standard agency and we were able to create a contemporary brand that complemented our different approach to real estate, but at the same time our new look meant many people didn't know who we were.

"Many of our processes had to change, plus our website and all materials needed to be relaunched in our new look. There was a huge amount of work involved."

Mr Percudani said successfully rebranding and changing the internal culture of the business was a two-pronged strategy. The first part was changing the superficial or cosmetic brand, tangible aspects such as the name and logo, while the second part was altering the living brand, which included staff perceptions and attitudes.

To achieve this, Realmark went on a publicity offensive, building awareness of the new brand while keeping staff engaged and informed, extensively guiding them through the internal changes.

Through this process, Mr Percudani said he was able to build a "tribal culture" and a sense of belonging and ownership within the organisation.

"The rebrand as a whole has been a massive success for us, however without having the right strategies in place we would have been far more likely to fail," he said.

"I believe we have built a great awareness of our brand and our business and we have a team who understand and believe in the brand.

"However, a brand is only just the tip, a good brand needs to be backed up by a good business."

The new branding has enabled Realmark to reach new heights in marketing and communications, and the organisation won the Reiwa Awards for Excellence Communications Award in 2007 and this year.