Residential property agencies facing digital disruption and tighter margins have had to evolve their business models to remain competitive. 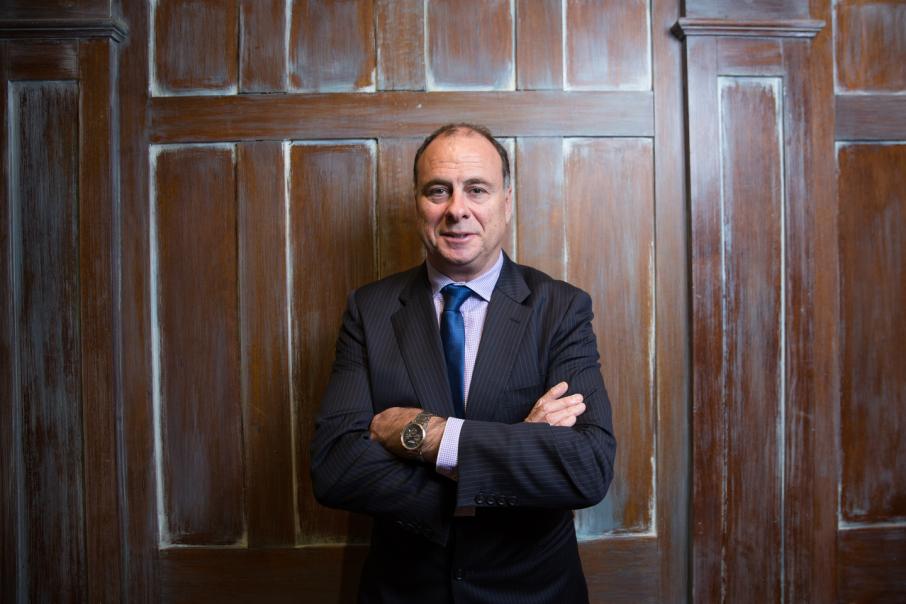 Residential property agencies facing digital disruption and tighter margins have had to evolve their business models to remain competitive.

When Matt Lahood started his first real estate gig 20 years ago he would collect upwards of $40,000 in cash on any Saturday, as a queue of people waiting to pay rent formed outside the agency’s office.

Internet banking was rudimentary and the only way to view the latest properties on offer was via the shopfront window or in the newspaper.

In the years since, Mr Lahood said the internet had effectively flattened the industry, with the introduction of online sales and lead generation platforms.

As a result agencies had been grappling with how to stay relevant to both their employees and customers.

The Agency (formerly Ausnet Financial Services), of which Mr Lahood is executive director, has launched a business model he believes has turned the traditional real estate structure on its head.

Branded as a ‘one-stop shop’, it offers a package of real estate and associated financial services, including loans and insurance.

Managing director Paul Niardone said The Agency’s model provided the benefits an agent would receive as a franchisee or principal, but without the risks and liabilities of them going out on their own.

The Agency deals directly with agents, removing the franchisee and associated fees, where agents have the opportunity to take home 75 to 85 per cent of commissions.

Mr Niardone said this was more than 50 per cent above industry norms.

Agents are also able to build extra income streams through commissions on referrals to The Agency’s other departments, including for loans and property management portfolios, as well as a 1per cent override on all sales for any representative they bring into the business.

“We’ve disrupted the market because we’ve got the best-value proposition for an agent in the country,” Mr Niardone told Business News.

“The industry structurally hadn’t changed, yet everything else surrounding it had.

“So we started with a clean sheet of paper, we saw that gap.

“We trialled it for two years in the worst real estate market in Australia, yet we grew year on year during that process.” 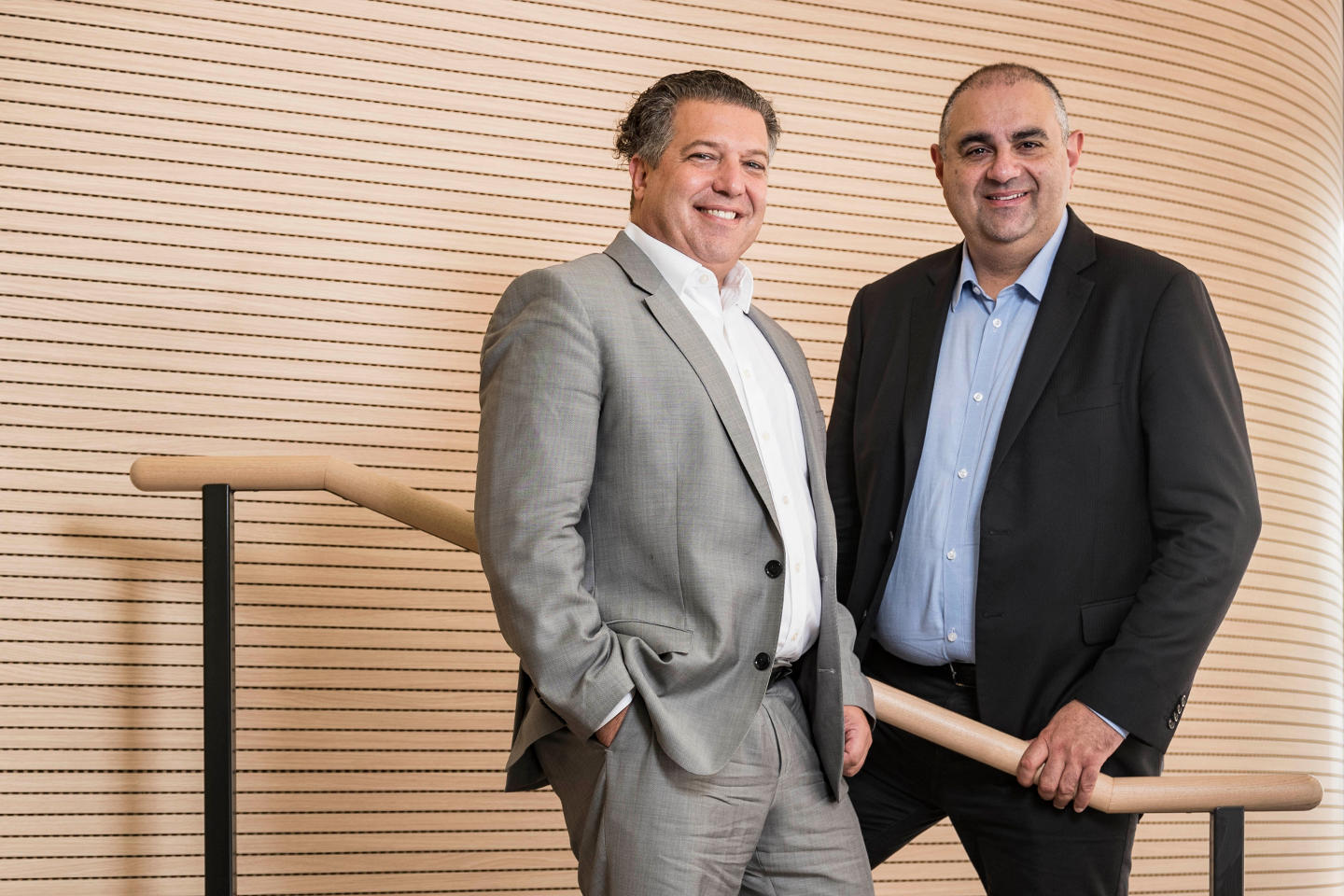 The Agency’s revenue increased by 44 per cent to $9.5 million in 2017 and was the second ranked office by listings sold in the state for January, as per the Real Estate Industry of Western Australia’s monthly awards.

Mr Niardone said a key component of the group’s success had been its hiring process; in Perth agents needed to have made $200,000 plus in commissions the previous year in order to be considered.

The Agency now has 175 agents on its books nationally, 67 of these based in WA, with plans to enter the commercial property market on the horizon.

Its next growth phase involves completing the acquisitions of national agency Sell Lease Property, which will continue to trade under its name with 92 WA staff, and Sydney-based Top Level Real Estate, with the latter planned to be funded via a $10 million capital raising, which launched this month.

“We’re seeing a lot of consolidation in the industry,” Mr Lahood said.

“The internet has made it more competitive; there’s a whole heap of online innovation chipping away … there’s not going to be room for everyone.

“Brands are going to have to merge and some will disappear, it’s already starting to happen.”

Last year more than 70 real estate agencies in WA closed their doors by winding down, merging or selling the business, according to Mark Sinclair, managing director of advisory service Real Estimations.

With more than 30 years of industry experience, the former chief executive and master franchisor of Raine & Horne started Real Estimations in 2015 and said the demand for his services, which included valuing and brokering sales of real estate agencies, had skyrocketed.

“There has been a huge change in the maturing of the WA market,” Mr Sinclair told Business News.

“The businesses that rely on sales and property management secondary are under pressure.

“Margins are becoming smaller and there’s lower sales turnover – those companies with robust rent rolls can carry themselves through tough times.

“Now a number of clients want to aggregate rent rolls because they see property management as the cornerstone of the future value of their business.

“A rent roll is a bankable saleable asset, and the only intellectual property a real estate agency owns.” 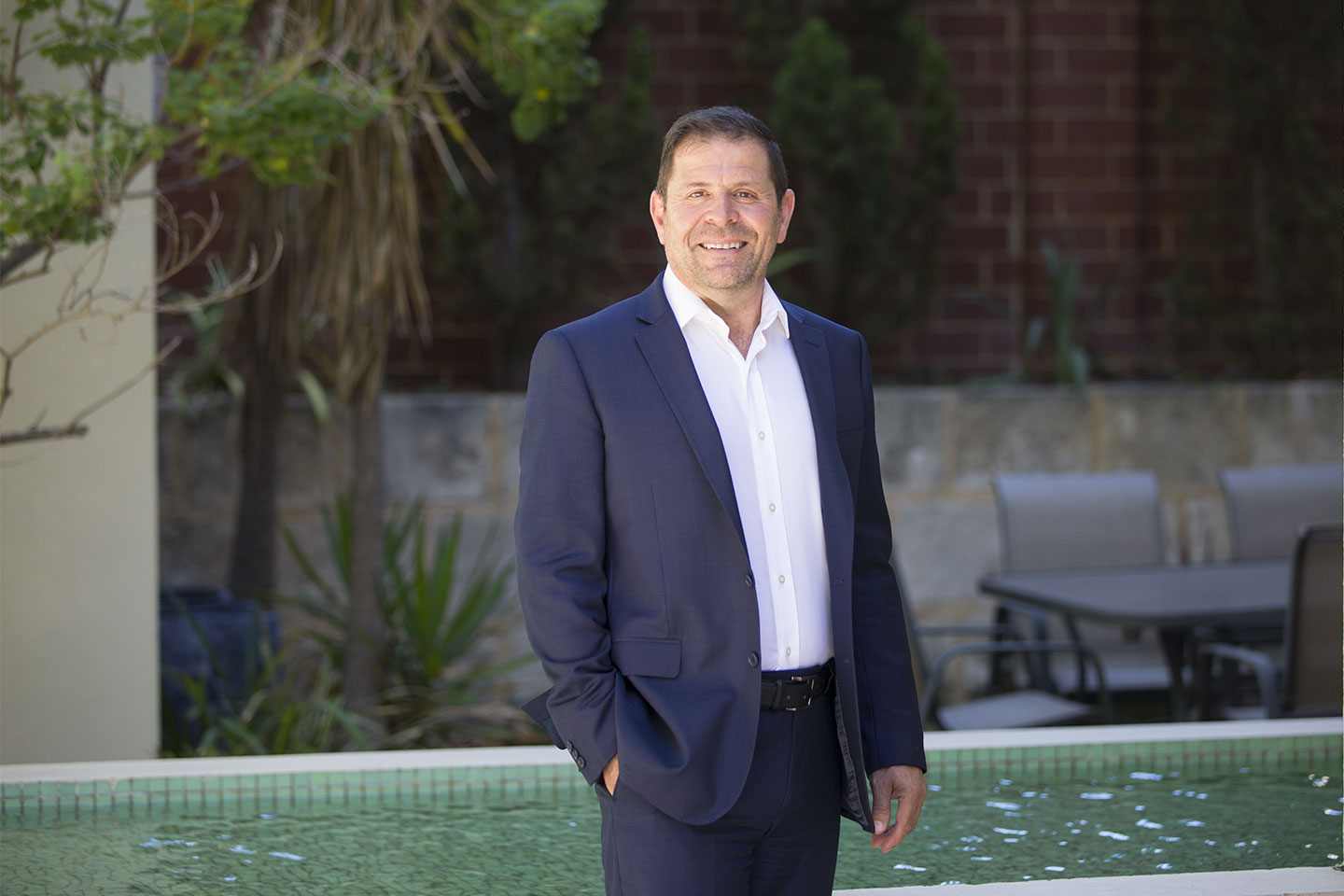 Mark Sinclair says demand for his business' advisory services has skyrocketed over the past two years. Photo: Attila Csaszar

Mr Sinclair said acquisitions had spiked over the past year, with Real Estimations having sold nearly 40 agencies in 2017, with most of these off-market, due to clients seeking to discreetly sell or merge their practice.

“The industry has been over-serviced and we’re seeing a lot of smaller players that can’t compete either selling, merging or leaving the space,” he said.

“Consolidation is great for the industry – it’s increasing efficiencies.”

One of the major transactions of 2017 was Elders’ acquisition of Bunbury-headquartered Southern Districts Estate Agency, for an undisclosed sum last February.

The SDEA’s 60 employees were amalgamated into Elders’ existing national real estate network of about 1,200 people.

“SDEA was a willing seller and Elders was a willing buyer looking to expand their footprint in the South West,” Mr Cary told Business News.

“It was a logical step; SDEA’s offering was probably five times larger than Elders’ in the area at the time, and it gave Elders depth and access to the market.”

Mr Cary said it was no secret there was heaps of money to be made in real estate several years ago when the industry was in the midst of a strong and vibrant property market.

“Many believed they could make more money going out on their own because they didn’t have to pay the agency their share of the cut in commission,” he said.

“In that strong market they started their own agencies – that can go well until there’s a downturn when they quickly realise their fixed costs and overheads are starting to kill them.

“It takes time for that to wear down and that’s what we’ve seen in the past two years.

“Those smaller agencies are finding it difficult to survive and they’re making themselves available for acquisition or consolidation.” 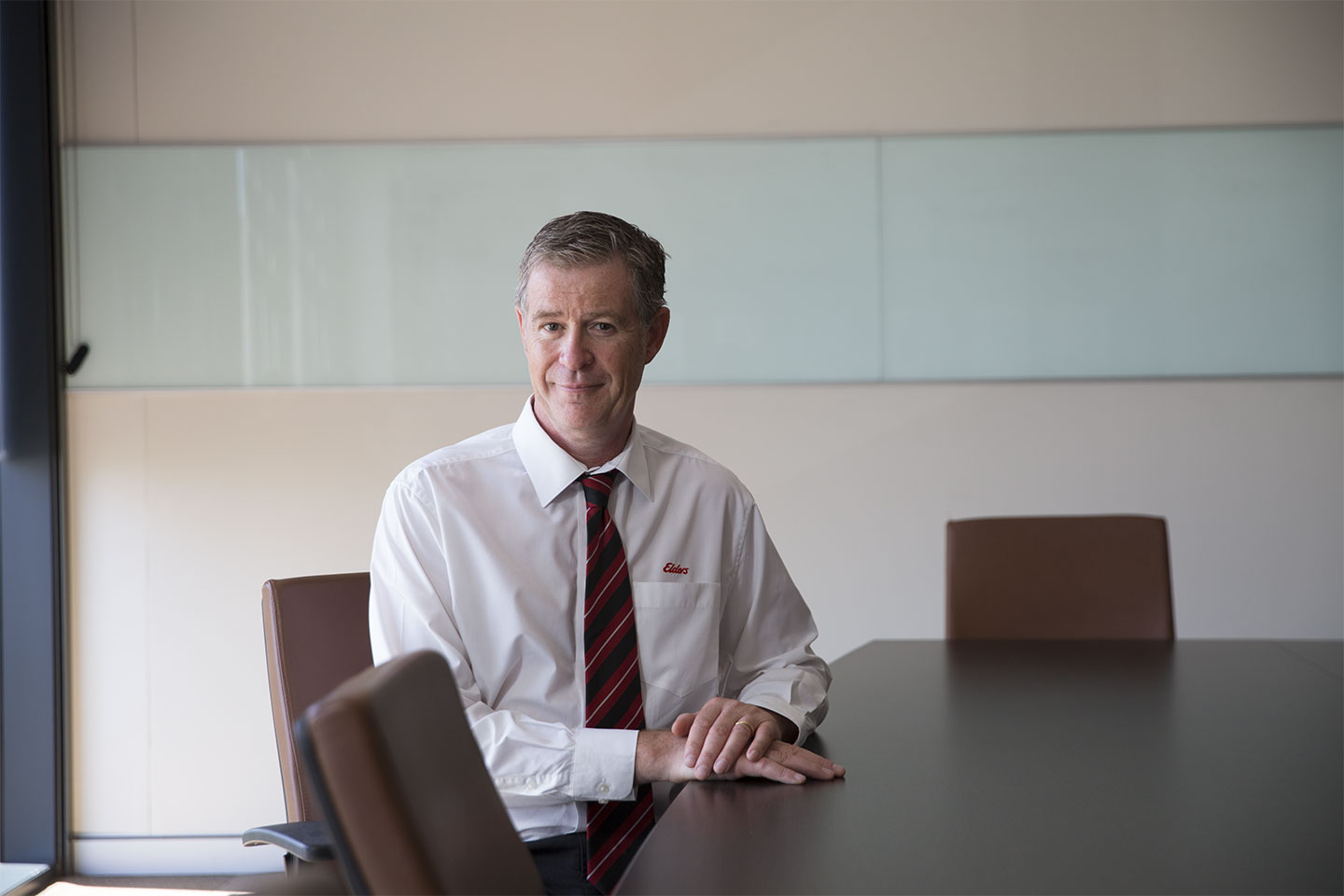 Earlier this year 10-year-old boutique agency Altitude Real Estate merged with Realmark Real Estate Group, which has operated in WA since 1989 and employs more than 300 people across 15 offices.

Under the deal brokered by Mr Sinclair, Altitude’s team of 25 property and administration professionals relaunched in Subiaco as Realmark Urban in February.

A range of factors has caused many agents to say “too hard” and close their doors, according to Professionals Real Estate Group, WA chief operations officer Shane Kempton.

Professionals has 650 WA-based staff, making it the state’s second largest agency on the BNiQ Search Engine.

This included the increasing popularity of third-party lead generation companies, like HomeGuru.com.au, taking a slice of sales revenue, and the pressure of overhead costs such as the proposed increases to the industry’s national minimum wage award, which will take effect next month.

“Small ‘sales only’ businesses are being merged into larger offices,” he said.

“Agents need to be up skilling their teams on market conditions, while being strategic with their business and financial plan.”

For independent group Peard Real Estate, which is ranked sixth on the BNiQ Search Engine, investing in staff training and support services and the acquisition of rent rolls has underpinned its business strategy.

Peard founder and chief executive Peter Peard said agents had been prompted to move out of the industry and sell their rent rolls as profit margins had been squeezed.

“Three years ago our company would have received three or four inquires from agents to sell their rent rolls (per annum) and now the inquiry rate is about once every week,” Mr Peard told Business News.

“We’re focused on expanding our rent roll having entered a countercyclical market, which is an ideal opportunity to acquire rent rolls at discounted prices.”

Mr Peard said small family real estate agencies were disappearing from the market and he expected consolidation to continue and accelerate. 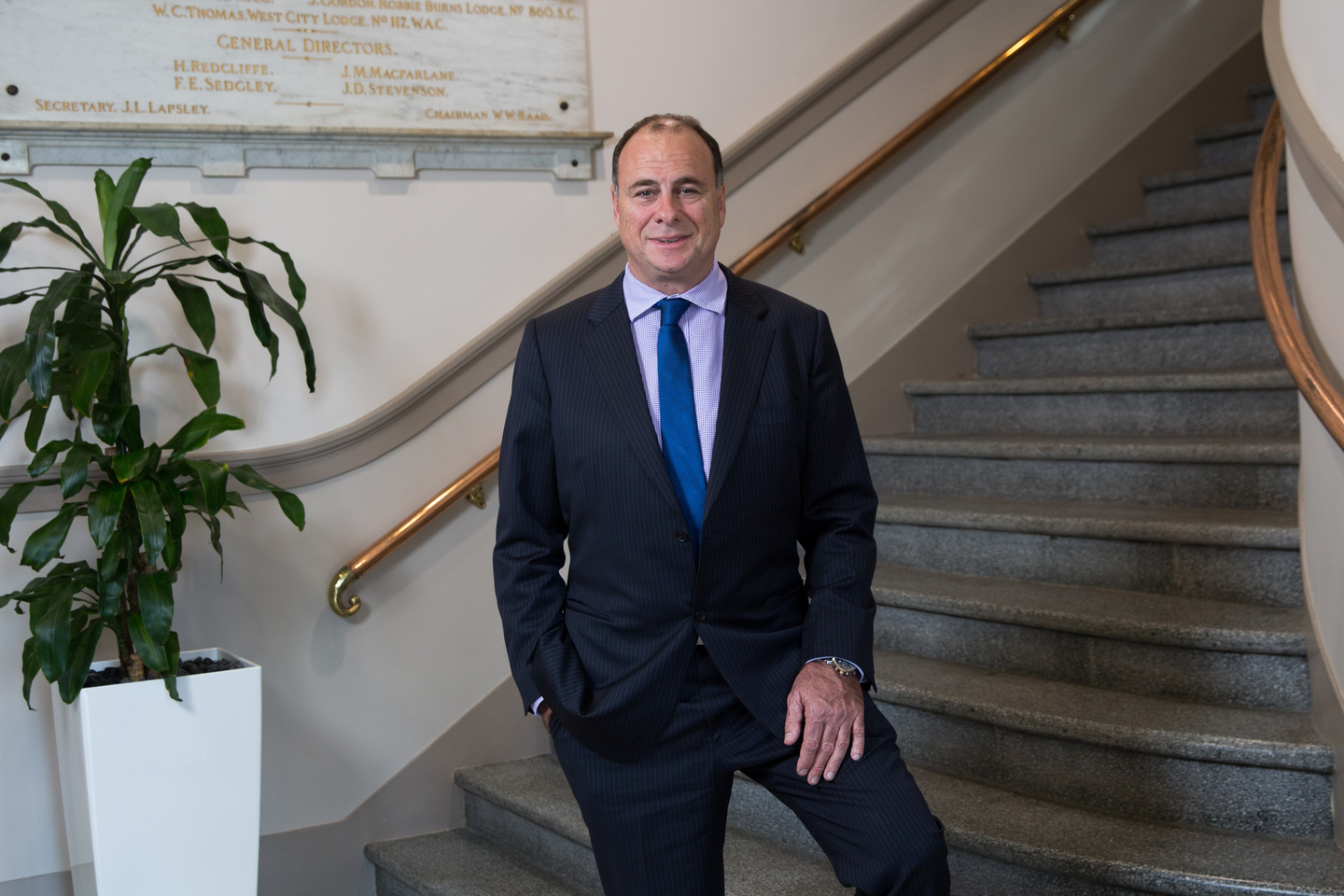 Peter Peard says agencies have been prompted to sell their rent rolls as profit margins have been squeezed. Photo: Attila Csaszar

Over the past 20 years Mr Peard said he had seen new players, including online real estate companies, enter the market seeking to gain a foothold by giving agents a bigger share of commissions.

“They cut costs by not having offices and reducing back-up services to the sales representatives,” he said.

“The reality is that model has never succeeded because real estate is a person-to-person business, built on trust and reputation.

“The Uber model has been successful in the taxi sector as the client is spending a small amount of money and may never see the driver again.

“In real estate, it’s quite the opposite; the client’s property is usually their biggest asset in life, they want to trust and have confidence in their selling agent and the company they represent.”

Mr Peard said the group was investing heavily in online marketing strategies, but that commission rates were set at a level where it could maintain funding of other support services.

From virtual reality headsets to online bidding and listing platforms, such as WA-founded Openn Negotiation and RE4U, a plethora of technology targeting the real estate industry has materialised in the past year.

Realmark is the latest agency to embrace innovation, recently adopting Livebid, a new cloud-based technology that allows agents to track and record auction bids in real time from any device, with bids able to be converted into 10 different currencies.

Realmark managing director John Percudani said there had been an enormous shift in the relationship between the consumer and the real estate agency.

“Agencies were the gatekeepers of industry information and data – that has been flipped on its head,” Mr Percudani told Business News.

“We’ve had to ask ourselves, why does a consumer need a real estate agency anymore?

“As things become increasingly digitised, robotised and chat box-like, the very thing digitisation can’t do is be human.”

Mr Percudani said finding a viable and sustainable business model for the real estate business had been challenging, but by pairing technology with agent coaching and training, ‘smarter’ agencies were emerging.

“A property transaction is not just about having the data around the numbers – it’s dealing with a big, expensive and often emotionally connected product,” he said.

“It’s becoming increasingly about having a person that has empathy and understanding on that transaction on both sides of the equation – that is where I believe people are willing to pay for that relationship.

“You can be a traditional agency or a smart agency; it’s the new generation of smart agency that’s the winner now.” 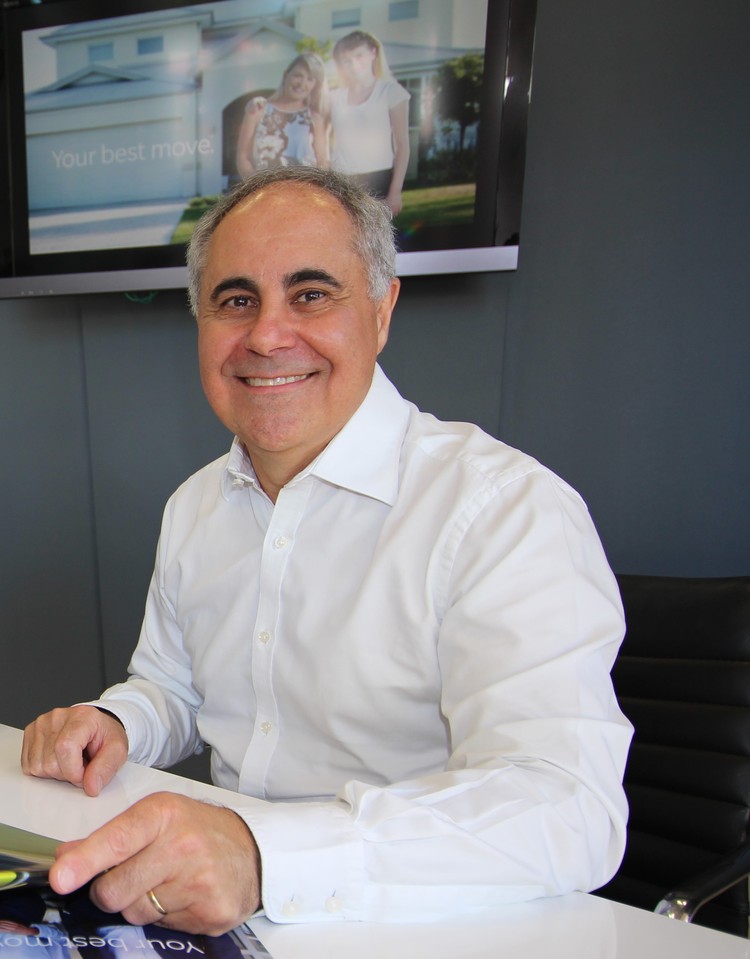