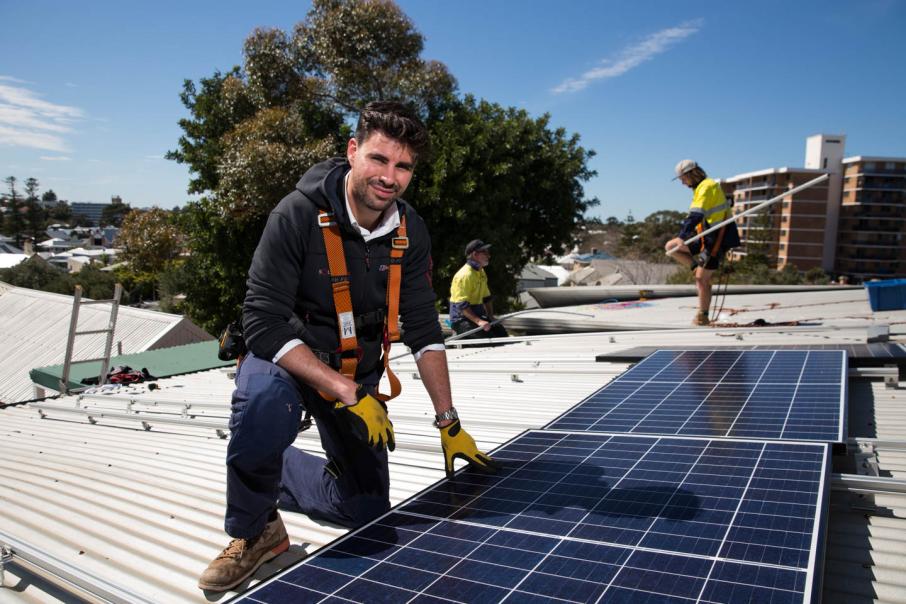 Rising utility costs and an increase in demand has led the not for profit to close the doors of its kitchen on weekends, increasing pressure on other charities also working hard to make ends meet.

However, local business owner Gabor Bencze has taken steps to alleviate the cost burden at St Patrick’s , donating equipment and his time this week to install solar panels at its Queen Victoria Street premises.

Mr Bencze has been an energy enthusiast since his mid teens, when he came across a book in a Hungarian library detailing the progression of energy since the 19th century through to predictions for the 21st.

After completing his studies, Mr Bencze became an electrician specialising in solar power, and today is the owner of solar energy supplier Sola Luna.

After hearing of the NFP organisation’s predicament, Mr Bencze said he thought about how he could help and, naturally, capitalising on his skills and resources made the most sense.

He said with the cost of living increasing, he hoped the solar panels would bring down utility costs for St Pat’s.

“I thought these people really deserve to have a bit of help,” Mr Bencze told Business News.

While his contribution will help cut costs, there’s still more work to be done before St. Pat’s can reopen its doors on weekends, according to its director for housing and support services, Victor Crevatin.

Mr Crevatin said the demand for its services had increased over the past few years, and neither St. Pat’s nor the local government had the means to provide a quality service seven days a week.

“We offer a quality service Monday to Friday,” he said.

“(But) if we keep on operating seven days a week we’re going to have to shut the door in two years’ time.”

However, he also said Mr Bencze’s efforts were a wonderful gesture that would help offset the rising cost of utilities.

“This will help us tremendously,” Mr Crevatin told Business News.

“It’s a great example of people within the community being aware of what’s going on in their own community.

“We can channel that money that we’re going to be saving on utilities and we can put that into long-term planning and areas that we need to concentrate on.” 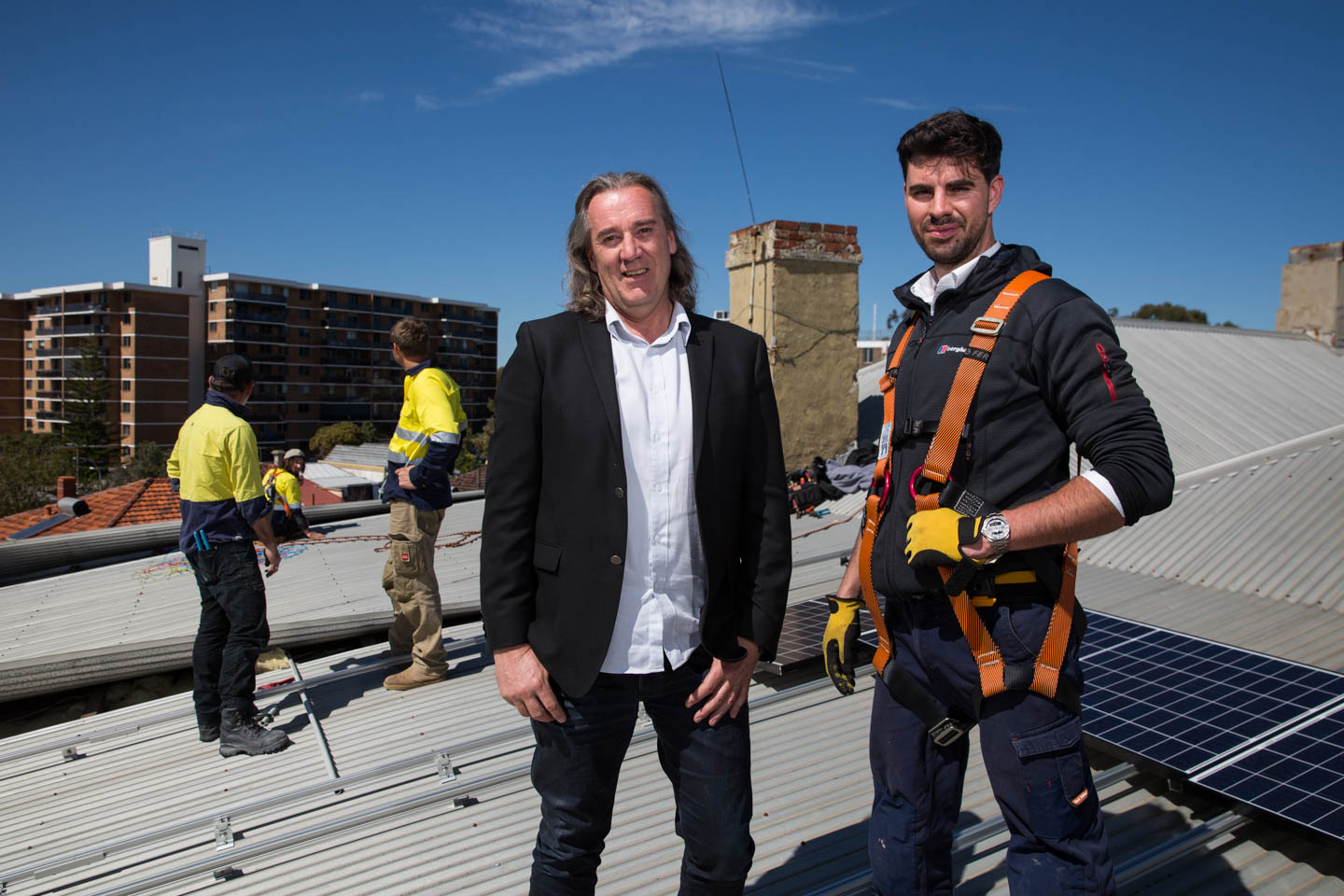 Victor Crevatin says the solar panels will help save costs on utilities.

Mr Bencze said he his business had never been involved with charities or not-for-profit groups before, so he decided it was time to give back.

“I’ve been doing solar for the last 15 years and I was thinking, for a solar company, how much effort is it to give a solar system away? Not really that much,” he said.

“Or if you’re a bakery is it really that much to give a few loaves a bread away?”

But as a people person and a businessman, Mr Bencze also saw the positive implications his actions could have for the solar energy industry.

“My passion, my mission is also to accelerate the solar energy industry and get connected with people and have evidence of how we can save the environment, as well as how we can save people money,” Mr Bencze said.

“It is sustainable, it is the way forward.”

Mr Bencze said he would continue to do what he could until the doors at St Pat’s were open to the homeless of Fremantle on Saturdays and Sundays.

He said he would be creating a philanthropic page on Solar Luna’s website with a separate bank account in a bid to raise funds for St. Pat’s.