Rates shot to be heard round the world

The next move in US interest rates will be up, which will have an effect worldwide – including on Australia’s residential property market. 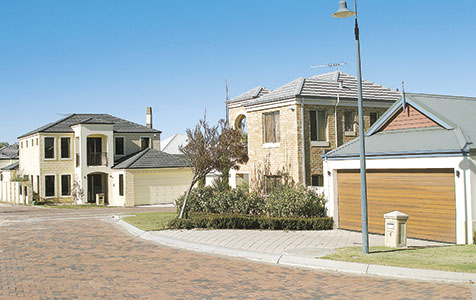 HOME LOANS: There are fears a sub-prime lending culture may be developing in Australia.

Apart from gold and oil, not many assets can be described as truly universal, except residential property; which is a worry because it seems that property is destined to follow gold and oil by falling in value.

The first is that house prices worldwide have risen sharply over the past few years, triggering ‘bubble alerts’ from London to Sydney.

The second is that all three assets – gold, oil and property – are joined by a common thread, which is the cost of money, or interest rates.

Recent volatility in world financial markets has largely been caused by big and small investors’ decisions to take early positions ahead of the next big move in rates – the day when the US central bank lifts rates from their current near-zero setting.

No-one knows precisely when that will happen. It could be next year, or the year after, but there is general agreement that it’s coming; and in the investment world, price adjustments always start before the event.

Gold is a classic early warning indicator of significant changes in the underlying health of the world’s economy. In bad times, such as war or recession, gold rises because it is seen as a common store of value. In good times, gold falls; and while not everyone can see good times ahead, they certainly can in the US.

US investors are placing big bets on higher interest rates. Their collective strength can be seen in the $US100 an ounce rubbed off the gold price over the past month, and the sharp fall in the Australian dollar as US funds are called home.

Australian exporters, particularly Western Australian miners, have welcomed the decline of the local dollar; but it’s unlikely that property investors will be so happy when the US pulls the interest rate trigger, ending what has been a period of sharply rising house prices.

Discussion so far about Australian property prices has focused on whether a bubble has formed, which means prices are as high as they’re likely to go in the current asset-value cycle.

Bubble-deniers, among whom we can include Treasurer Joe Hockey following his comments last week, claim that buyers can be stretched a little further because they have the capacity to meet mortgage repayments at a time when interest rates are at a historical low, with many buyers able to lock-in rates of 5 per cent, and less.

But those low rates are leading to unsafe borrowing (and lending) practices of the sort that worry the bank’s bank, the Swiss-based Bank for International Settlements (BIS), which warned last week that house prices worldwide were inflated and need to fall.

Closer to home there are even more worrying signs of home buyers being lured into the worst possible type of loan –interest only – and what appears to be the development of a sub-prime lending culture, which ended badly in the US six years ago.

According to data collected by the Australian Prudential Regulation Authority, an eye-popping 43 per cent of all new home loans in the June quarter were interest only, and loans for rental investments rose by 38 per cent.

“There has been an advent of high-risk lending,” was the apt description of what’s happening in the Australian residential property market from a senior executive at AMP, one of the country’s biggest fund managers.

Major banks say they’re stress-testing residential property borrowers to ensure that they can service their debts in the event of a rise in interest rates – a comment straight from a well-known defence against criticism called, ‘they would say that, wouldn’t they’.

In some ways the situation in financial markets and the expectation of a hike in US interest rates is like that period before a winter storm hits, with everyone having a different opinion about its severity and whether it will bring beneficial rain or just a howling gale of dust and debris.

However one thing is certain; we are at a time of change as six years of super-low interest rates approach their use-by date and the financial world starts to think about what the new normal will feel like, and what higher interest rates mean.

THE recovery early last week in the price of iron ore might not be the blessing that investors in that sector have been hoping for, because it could also be a signal for management to top up balance sheets with a capital raising.

Arrium, the former OneSteel (and before that a division of BHP Billiton), was an early mover in the capital top-up game by asking its shareholders to chip in an extra $754 million to tide it over a possible prolonged slump in the iron ore price.

Other producers will be watching carefully to see whether Arrium’s attempt to raise capital at the worst possible time is a success, or whether investors smell a rat and decline the invitation, which they appear to be doing, given the 25 per cent fall in the stock’s share price over the past month.

Because it is more than a miner with a ‘long products’ steel-making business, plus other sideline interests, Arrium should be able to ride out a prolonged downturn in the iron ore price.

Quite simply, the directors of Arrium do not want another near-death experience, and it’s because there’s a whiff of death in the air that other iron ore miners will be thinking about an urgent capital raising.

South Africa, which has lost many of its most talented to places such as Perth, is a case study of a country losing its appeal; and China, it seems, might be next, with a startling 47 per cent of that country’s richest people wanting to move – a ratio close to double the global average of rich people unhappy with their own country.