Rates race to the bottom

As is the case with most wars, there’s never agreement on who fired the first shot; not that it really matters in a hot war or the currency front, which is rapidly engulfing the world and should soon involve action by Australia. 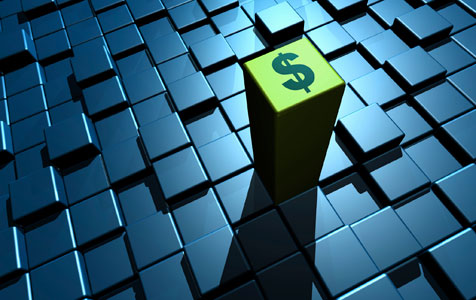 As is the case with most wars, there’s never agreement on who fired the first shot; not that it really matters in a hot war or the currency front, which is rapidly engulfing the world and should soon involve action by Australia.

Canada’s surprise overnight interest rate cut was the latest development in a deadly game that is pitting country against country, as the never-ending global financial crisis enters a new and truly bizarre phase.

Last week it was Swiss who cut interest rates, albeit in a sort of reverse fashion by increasing the negative rate on deposits, which means depositors pay for the privilege of storing their money in Switzerland.

Later today, the European Central Bank is expected to announce the details of its next attempt to revitalise a moribund region by resorting to a US-style program of money printing (quantitative easing, or QE) – a process highly likely to put more pressure on the value of the common currency, the euro.

Wherever you look there is currency action afoot, whether it is Japan trying to bolster its economy through its own version of money printing, or the Canadians trying to protect their energy-heavy economy from the shock of the oil-price collapse.

Whether it wants to play the currency game or not, Australia will be forced to do something, and that something is likely to be a fresh round of interest rate cuts to prevent the dollar from rising at a time when it should be falling below the US80-cent mark.

Exporters of minerals and farm produce have been praying for that next big step down in the dollar to restore their international competitiveness, but as long as Australian interest rates remain among the highest in the world (3 per cent sure beats the minus 0.75 per cent on offer in Switzerland), the dollar is unlikely to drop much further.

The game being played, if you don’t like calling it a war, really is a case of beggar thy neighbour, with every country now determined that it will not be a loser because its industries are forced out of export markets by a high currency value.

If an interest rate race to the bottom – and beyond doesn’t sound amusing, then consider the second part of what’s happening – a desperate attempt by the world’s central banks to create inflation.

A few years ago, any suggestion along those lines would have been caused most economists to laugh loudly, because central bankers have always seen one of their key roles being the prevention of inflation.

Today, after more than seven years of near constant government stimulus, the bogeyman of global markets is deflation – a time when asset values fall, causing consumers and businesses to delay acquisitions and investment decisions because whatever it is you want to buy might be cheaper later.

The net result of deflation is that everyone puts off decisions, a situation that further compounds the problem, as can be seen in Japan, which has endured 15 years of deflation and a shrinking economy.

Most European central bankers are petrified of deflation (except those in Germany, who saw their parents’ generation devastated by inflation in the 1920s, and the resulting role that experience played in starting WWII).

Hopefully, the end result of the economic action under way around the world today will not lead to a similar result, but strange things can happen when bankers start playing games with currencies and printing presses to try and create inflation to engineer a competitive advantage for the their country.

For the next instalment in the most important economic contest of the past 50 years keep your eyes on several events as they develop over the next few days.

Early signs of the world’s currency war altering business behaviour can be seen in a number of recent investment decisions, with companies joining in the game by seeking out the country with the lowest costs for their factories.

Easily the most interesting, so far, is a decision by Japan’s Panasonic to close most of its manufacturing operations in China and move them back to Japan thanks to the lower value of the yen and rising labour costs in China.

If ever there was a ‘wow’ moment in a currency war, the thought of Japan becoming a cheaper place to invest than China has to be it – for now.