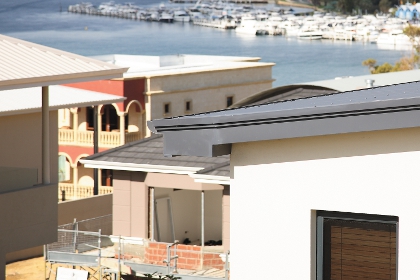 Interest rates cuts are having a positive effect on the housing market, new research says, with median home values rising across nearly all capital cities, including a 2 per cent jump in Perth.

But the increase was not enough to offset a year-on-year fall of 1.4 per cent in Perth, the report said.

In other capital cities, home values rose by 1 per cent in Brisbane, Sydney and Melbourne, 2 per cent in Canberra and 2.7 per cent in Hobart.

RP Data director of research Tim Lawless said gains across the capital cities was an encouraging sign that the housing market was responding to interest rate cuts by the Reserve Bank.

But Mr Lawless noted Australian home values were still down over 2012.

“The wash up is that values have fallen more than they have risen, with the market down by 1.2 per cent over the first six months of 2012.

“Regardless, while discounted variable mortgage rates are as low as 5.6 per cent, Australian households remain understandably cautious about the economy given the global uncertainty.

“This is likely to weigh down on consumer demand for high commitment purchases.”

RP-Data’s figures, however, were questioned by property research house SQM Research, which had contrasting views on Australia’s property markets, particularly Sydney and Melbourne.

“There is no other measurement out there that is indicating that prices are rising,” Mr Christopher said.

“Weekly auction clearance rates are still weak, there is a current oversupply of real estate listings, housing finance approvals are weak and credit growth is subdued.”

Mr Christopher said a more reliable indicator of the health of the housing market was the Australian Bureau of Statistics’ quarterly index.

Values for the June quarter will be released by the ABS in August.