Rasmussen off-piste on too short a run

Business News pays its respects to a corporate leader who broke the mould. 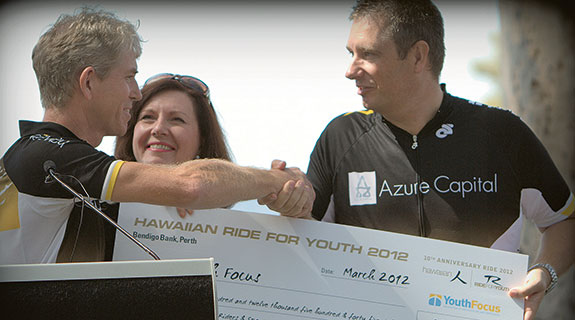 Business News pays its respects to a corporate leader who broke the mould.

When Geoff Rasmussen passed away a little over a fortnight ago, he left a legacy that few in business will repeat.

At the age of 45, Mr Rasmussen had led a fuller life than most both in business and pleasure but, unlike the stereotypical investment banker we see in the Hollywood movies, he also left an admiring community and a network of committed friends willing to support his loving family.

It’s a path that would be challenging for any of us to follow, even if we had his intellect and, as so many of the tributes suggested, lack of ego.

He was, according to his friends and associates, the smartest guy in the room – literally. But Mr Rasmussen, unlike the people to whom that description is generally applied, did not use his powers for evil or even to test the boundaries of ethics and morality in business.

At his funeral, speaker after speaker, attested to that fact.

Even more remarkably, perhaps, is that the 1,000 or more mourners at Christ Church Grammar School paid their respects to a man born and raised outside Western Australia. Despite the setting, there were no old school ties for Geoff Rasmussen.

He was one of the early arriving outsiders who started as a trickle in 1990s and turned into a torrent during the mining boom. His success, and the multitudes that turned up to say goodbye, help disprove the theory that Perth is an old boys’ club requiring a local network – or at least shows it is a thing of the past.

It is unlikely that was a legacy Mr Rasmussen was looking to create, but it is part of the impact the man had.

Just to underscore the point, he was a boy who grew up playing soccer in the east who became a board member of the West Coast Eagles.

Many of us heard the stories – either directly, through friends or via more gossip-driven news pages than these – that Mr Rasmussen enjoyed the high life of helicopters, adventure skiing and, later in his life, very public battles with his weight that included friendly contests and ironic wagers.

But this public face masked a more down-to-earth person who liked his holidays on Rottnest Island surrounded by his young family and closest mates as much as a heli-skiing trip to some otherwise unreachable crag.

For nine years he sat on the board of Youth Focus, including four years as chair. I was not privy to his connection with this particular charity but he not only applied himself diligently to helping the charity grow, he became a kind of ambassador on wheels – using the organisation’s signature Ride for Youth from Albany as part of his health kick and then, proving it was no fad, repeating the journey as an experienced campaigner.

After the Ride for Youth, he also completed the Busselton Iron Man in 2013, an extraordinary feat for a man who, at his peak, tipped the scales at 156kg.

Interviewed by this publication prior to the race, Mr Rasmussen’s egoless personality shone through as he exposed his private, and increasingly successful, battle with weight to the public glare.

There was no patronising message about having discipline and focus. Instead, he spoke of his addiction to food and his concern about how to maintain his weight-loss campaign after the triathlon, when the required exercise regime and the goal of completing the race were no longer there.

“The big risk for me is that this phase finishes and I get back to bad habits, and I can get back to them instantly, it’s easy,” he said in that 2013 interview.

“ … the challenge for me is, when I’m done with this iron man stuff, how do I manage it?”

Such an admission is rare from a top-flight corporate player.

According to the script, the smartest guy in the room doesn’t have such a weakness, let alone reveal it.

But Geoff Rasmussen definitely did not follow the script; he truly went off-piste in a life that was lived well and cut too short.