The Australian and US Governments both recognise the strategic importance of rare earths to technological advances. The recent escalation of the trade dispute between China, the largest producer of rare earths, and the US, one of the largest consumers, has seen China threaten to restrict exports as a form of tariff retaliation. Despite previous threats nearly a decade ago, it is only now that both Governments are seeing the strategic value in supporting and developing a rare earths sector that is not dependent on China. What you drive, how your energy is produced and how you are defended are all on the line in this escalating dispute. 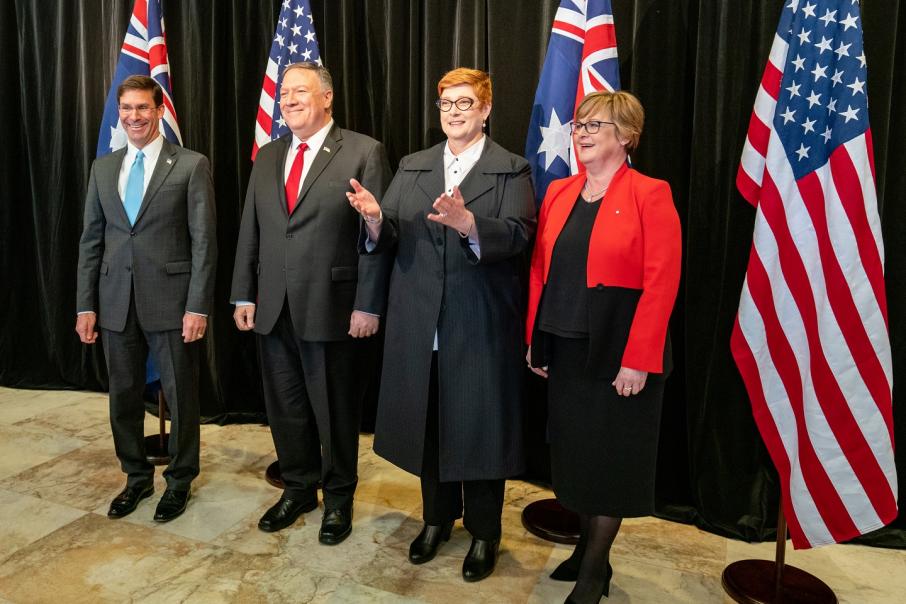 The joint statement released following the summit discussed defence co-operation, terrorism and security issues in our respective regions. Another topic on the table was the impact of the China-US trade war on the global supply of rare earths.

While Australians may be familiar with our nation’s export of a range of commodities including iron ore and gold, rare earths are likely to take centre stage in the years to come.

Every one of the current and next generation of US military weapon systems relies on rare earth elements. The unique properties of rare earths, such as their strong magnetic qualities at high temperatures, help precision-guided missile systems, facilitate GPS navigation, and allow for fighter pilots to eject safely.

Australia is set to take delivery of 72 US advanced fighter jets over the next decade, reported to contain half a tonne of rare earths.  Given rare earths’ undeniable military and aviation value, it is difficult to overstate the importance of the industry to national security for the US and Australia.

The summit comes at an interesting time in the escalating trade dispute between the US and Australia’s biggest trading partner, China.

On 1st August, US President Donald Trump announced an additional 10 per cent tariff on the remaining $300 billion of Chinese imports, effectively taxing all Chinese exports to the United States.

In response, China’s Ministry of Commerce, which is heavily involved in the country’s trade policy, declared it would “take necessary counter measures to resolutely defend the core interests of the country and the fundamental interests of the people”.

On several occasions, Chinese President Xi Jinping has implied that halting China’s export of rare earth elements to the United States may be the next chess move in the ongoing trade dispute.

Over the past few decades, China has invested significantly in its rare earths industry and now produces approximately 80 per cent of the world’s rare earth metals.

As the world’s largest producer of rare earth oxides, the Chinese government has considerable scope to use its dominant position in rare earths to inflict damage during the trade dispute.

In memos sent to US Defence Secretary Mark Esper, President Trump made an official determination that domestic production, separation and manufacturing of rare earths is "essential to the national defence" of the US.

Each order allows US government financing for projects, under authorities provided to the President in the Defence Production Act of 1950.

Currently, the US has one company, MP Materials, extracting rare earths at the Mountain Pass mine in San Bernardino County. The mine filed for bankruptcy in 2016 and only recently resumed functioning in 2018. Importantly, it still sends its mined rare earth elements to China for processing. As an interesting aside, Leshan Shenghe Rare Earth Co. Ltd., a rare earth company in China, owns a minority stake in MP Materials.

The dominant position of the Chinese rare earth sector, coupled with the complex and expensive nature of the extracting processes, has seen many international companies send rare earth elements to China for downstream processing.

Although China has had a head start in extracting and processing rare earths, it has come with significant domestic environmental costs for their domestically produced resources. Decades of utilising in situ leaching, a process where you pump toxic chemicals into the ground to absorb the rare earths before pumping them out again for extraction, has seen significant toxic leakage into the environment and not fully recover all of the toxic chemicals pumped into the ground.

The Chinese government estimates it would cost US$5.5 billion to clean up environmental damage from years of rampant illegal rare earth mining.

Since China has been one of the few countries willing to tolerate the industry's radioactive and environmental hazards, it has come to dominate separating and refining rare earth oxides.

No other countries are willing to copy China’s low-cost, high-pollution version of rare-earth processing. In the US and various other western countries, the pursuit of rare earth elements has been largely abandoned because the environmental costs are too high — and because China’s labour prices can’t be beaten.

Regardless of whether China chooses to use its leverage in rare earths in the trade dispute, it is unsustainable to rely on any one country for such an essential input to the global economy’s technological manufacturing industries.

While there is a limited extraction and processing industry outside of China, there are now companies investing in the rare earth supply chain and Australia is among the countries emerging as alternate suppliers.

Until now, an unwillingness to invest in more expensive and environmentally responsible mining has limited the growth of these projects in Australia.

However, if the strategic imperative to secure this resource is clear, then the Australian government needs to create an environment that enables industry to support this objective economically and sustainably.

With government support and investment, the established expertise in processing and extracting rare earths in Australia could see our nation’s mines become a viable alternative to China. Several companies that have already undertaken research and development have determined that the capital costs and time involved to build new capacity are not insurmountable.

It is unclear exactly how the US Secretary of Defence plans to move forward in expanding the US’ domestic industrial base for rare earths.

Even with the new executive orders coming into effect, it will still take the US and others many years to catch up to China’s production levels.

Rare earths mining and refining is extremely technically complicated, and plant facilities take a matter of years – not months – to be designed and built.

If China chooses to exercise a halt in the export of rare earths to the US, due to the complexity of the extraction process, it is unlikely that new domestic US suppliers will be ready in time to provide relief required to the military and its contractors.

Logically, entering into alliance agreements with companies at more advanced stages of the rare earths supply chain should be a first step.

Australia is central to the US diversification efforts.

While discussions with Australia have already commenced on co-operating on rare earths, the US is yet to take real action to secure supply.

Given Australia’s globally significant reserves of rare earth minerals and the interest the Australian Government has already received from the US Defence Force to secure the supply of critical minerals for batteries and weapons systems, there is a significant opportunity to build this new industry in Australia.

George Bauk is Managing Director and CEO of Northern Minerals Limited, owner and operator of the Browns Range Heavy Rare Earths Project in the East Kimberley region of Western Australia.