Families that retain multi-generational wealth have a role in any economy as valuable as emerging entrepreneurs. 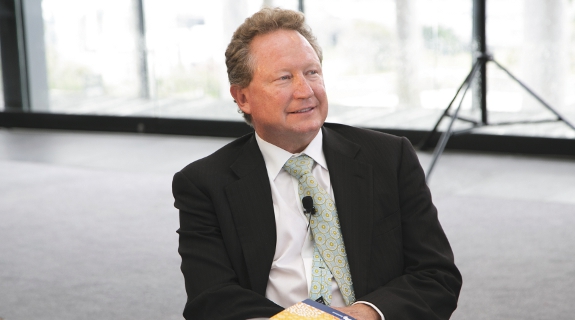 Families that retain multi-generational wealth have a role in any economy as valuable as emerging entrepreneurs.

Dynasties come in all shapes and sizes.

Increasingly we talk of them in a more flexible sense, such as political dynasties, where members of the same family intermittently assume power.

While this is certainly the application of wealth and power over time, it has a different meaning from the dynasties of the past that ruled with iron fists in Africa, the Middle East, Asia and Europe, unbroken for generations.

A slightly more contemporary version is the investment houses that emerged from post-Renaissance Europe and then 19th century America.

These latter dynasties have the most interest to Business News. They represent the ability to amass great wealth, often from some particular opportunity seized, and retain that fortune across multiple generations – be it through family companies or more loosely structured investment arrangements. Generally speaking, political influence linked to such dynasties reflects the longevity, type of commercial interests, and the inclination of the dynastic leadership.

Business dynasties are thin on the ground in Western Australia due to the youthfulness of the state’s formal commercial structures.

In fact, most likely, it was the dynasties of Europe that most benefited from the development of the Swan River Colony as they funded its growth and repatriated any profits that occurred.

But some dynasties have emerged here, albeit mainly lacking the history and financial clout to truly be an obvious force in our economy.

Some to go to great lengths, for instance, to attribute dynastic attributes to iron ore magnate Andrew Forrest and his predecessors. It is true that his family was instrumental in many of the significant moments in this state’s developments. His great-great uncle John Forrest was the first premier of WA and the FMG boss grew up on a cattle station in the Pilbara owned for generations by the family.

Perhaps it may be possible to ascribe his entrepreneurial talents in both business and government to some form of dynastic platform; but are genes and skills the true mark of a dynasty?

Certainly among long-standing businesses the skills in management and investment must have been handed down from generation to generation. And maybe there’s an innate sense of conservatism that provides for just the right balance between risk and return.

But many business dynasties survive due to a culture – often ingrained in family members but not exclusive to them – that has the right level of opportunism and flexibility to allow a business to survive beyond its founder.

We mark the beginnings of a dynasty as being a business in its third generation of family control, although we can be more generous on occasion if we see dynastic qualities that seem likely to survive. It is, after all, quite subjective, and many readers will know how few family businesses survive beyond the grandchildren of the founder.

The well-known family business maxim is the first generation starts it, the second generation builds it, and the third generation loses it. True business dynasties find a way to overcome that significant generational hurdle, where those who inherit such wealth often have no concept of how difficult it was to earn it.

Whether or not dynasties truly exist in our relatively new economy is a moot point. Whether or not we need them is also debatable.

Business News would argue that dynasties tend to put down strong roots in their founding location. At times this may mean they wield more influence than others, but the major benefit is that they tend to reinvest in their home state and repatriate profits there from investments outside.

This is a good thing, if those investments are made without unduly benefiting from the political process, and there is nothing to suggest such a thing in WA.