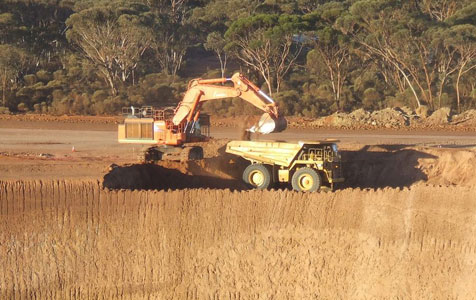 Gold producer Ramelius Resources has flagged it is likely to record a before-tax loss of approximately $70 million for the financial year, mainly as a result of big write-downs.

In an announcement today, Ramelius said it had taken a preliminary review of the value of its assets and was likely to write down its assets by $58 million in response to a falling gold price.

In a statement from managing director Ian Gordon, Ramelius advised its guidance was an approximation and subject to completing a financial audit and report.

Mr Gordon said cash flow was not expected to be affected by the write down, but in combination with an earlier write down of $6.5 million announced in December, the revalued assets would significantly affect the company’s financial report when announced later.

In the same announcement, Ramelius said gold production for the 2013-14 financial year was expected to increase by 34 per cent, to 107,500 ounces.

Production at its Mt Magnet gold mining operation was expected to increase by 54 per cent, to 90,000oz.