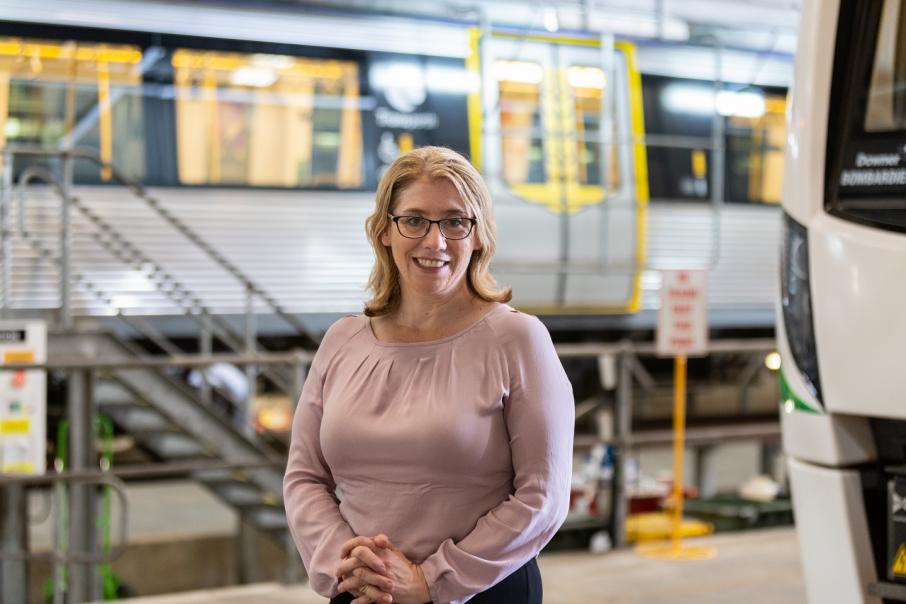 Rita Saffioti says demand for railcars for Metronet is a key driver of the government’s decision. Photo: Gabriel Oliveira

The state government will be aiming to deliver value for money with its plan to build railcars at Bellevue.

The state government’s $1.6 billion plan to build railcars at Bellevue for the Metronet project represents a massive public sector investment in local manufacturing.

It aims to revive an industry based for many years at the Midland Workshops that was shut down by Richard Court’s coalition government 25 years ago on the grounds it was uneconomical.

Since the rejuvenation of the suburban railway system, starting with the electrification and opening of the Joondalup line by Labor premier Carmen Lawrence in 1992, successive governments have opted to have the rolling stock made interstate.

The rationale was that the volume of orders did not justify, and would not sustain, a standalone local railcar industry. So what has changed?

According to Transport Minister Rita Saffioti, the key difference is the demand for railcars thanks to the ambitious Metronet project to revolutionise Perth’s suburban rail system and ease highway congestion.

French multinational Alstom has been selected as the preferred proponent to build 246 Metronet rail cars, six cars to replace the ageing Australind service for the Perth-Bunbury line, and a manufacturing and assembly plant, which will cost taxpayers about $40 million.

The company will also be responsible for maintenance of the cars for the next 30 years.

Ms Saffioti is optimistic that, once established, the Bellevue assembly and maintenance operations will attract work linked with the resources sector, strengthening local content and job opportunities.

The move represents a massive act of faith in the capacity of local industry to deliver the goods in what is, by world standards, a relatively small market with an isolated, standalone rail system.

But there is a major difference in public sector involvement today, compared with the Midland Workshop experience.

Undoubtedly, Midland was a valuable training ground offering an extensive apprenticeship system across a range of trades; thousands of tradesmen got their start there. But as productivity increasingly became the buzzword, Midland was found wanting.

And, philosophically, Liberal governments preferred the work be done in the private sector.

The old system of government enterprise lingered in Australia until relatively recently.

For instance, the NSW government was still making bricks 40 years ago. Productivity was low, however, and many workers did not return from the pub after lunch on Fridays, for example.

Things changed when news of this behaviour hit the media.

Then NSW Labor premier Neville Wran got involved, although even he was not overconfident the business was fully back on track.

“There’s been a shake-up,” he told reporters.

“The brickworks have appointed a marketing manager to say ‘hey, we make bricks’.” But the writing was on the wall.

The challenge for Premier Mark McGowan and Ms Saffioti will be to make their ambitious project work. It should be a great boon for the state, welcomed of course by unions. Delivering value for taxpayers’ money will be the key test.

Farmer freeway
It was Eric Charlton, the transport minister in Richard Court’s coalition government, who proposed that the new 6.4-kilometre Northbridge tunnel and freeway extension to Orrong Road be named the Graham Farmer Freeway after the champion footballer, who died earlier this month aged 84.

And as motorists travelling east would enter the tunnel in West Perth, and exit in East Perth, and Graham ‘Polly’ Farmer had outstanding careers with both WAFL clubs as well as Geelong, he was an obvious choice.

“Polly’s credentials, including being a strong Noongar man, were outstanding,” Mr Charlton said.

“I raised it with him first, he and his wife Marlene agreed, and then I took the proposal to cabinet.

Some of my colleagues thought there should be a competition for the name, but I said as far as I was concerned, ‘it’s all over’, and cabinet accepted it.”

And Mr Charlton stressed that the $350 million project, completed in 2000, came in on budget and three months ahead of schedule.