Companies investing in research and development have access to an increasingly competitive new source of finance. 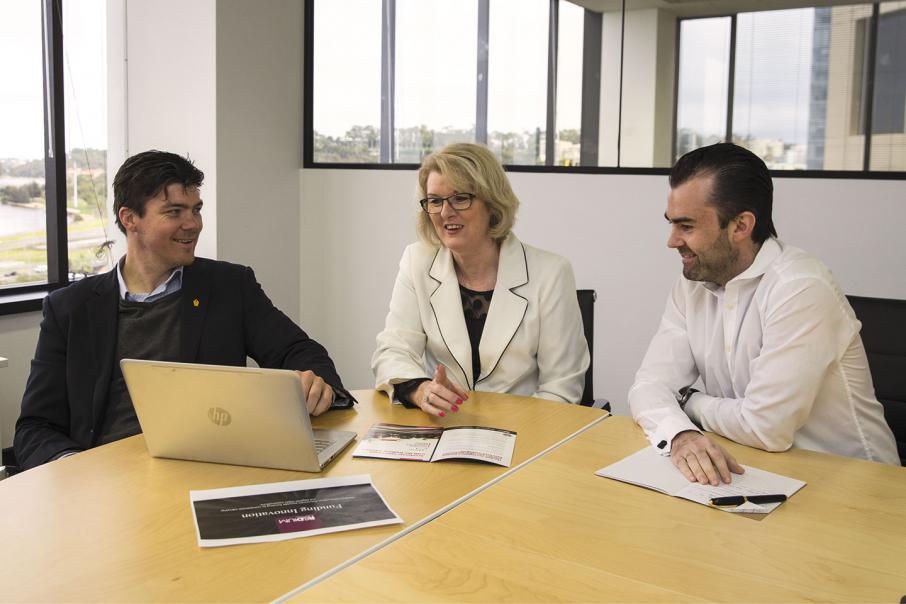 The founders of Perth-based business lender Radium Capital are using their experience in the fintech sector, the backing of veteran Perth dealmaker Tony Brennan and a New York investment fund, to seek a competitive edge.

Radium has taken on several established national players in a specialist field of R&D funding.

Its core product provides a cash flow boost to companies that qualify for an R&D tax refund from the federal government.

Instead of waiting more than 12 months from having spent money on R&D to getting their refund, eligible companies can get quarterly advances from Radium and reinvest the money into further R&D.

This type of finance was pioneered by Macquarie Bank, while the competitors now include east coast firms R&D Capital Partners, Greenard Willing, and Rocking Horse.

Radium chief executive David Weir said there were more than 10,000 companies claiming a total of $1 billion a year through the R&D tax incentive, which refunds 43.5 cents of every dollar spent under R&D programs registered with Ausindustry.

The federal government rejected an industry push for quarterly tax refunds, leaving the private sector to provide a solution.

Radium is hoping to assist many of these businesses, after securing an initial funding pool of $125 million from New York investment fund Brevet Capital.

Mr Weir said a surprisingly large number of companies were unaware the government refund was available for their R&D investment.

Companies seeking a quarterly advance through Radium need to obtain a ‘comfort letter’ from a top-tier Australian accounting firm verifying their eligibility for a tax refund.

BDO director Natalie Milne was one of the first advisers to put a client into the Radium platform after its soft launch earlier this year.

Ms Milne said the sector had evolved rapidly, from the days when companies could only get a one-off advance based on their expected annual R&D refund.

She said each company needed to evaluate the suitability of this form of finance.

“It depends on the R&D project you’re running and how quickly you want to get your product to market,” Ms Milne said.

“The major downside is that it’s an expensive form of capital.”

Tap into Safety director Sue Bahn said Radium advances meant she did not have to sell more equity in her business.

“You don’t want to raise too much until you have built a solid platform and some consistent revenue, otherwise you end up with a ‘shark tank’ scenario where you’ve given away control of the company for a few hundred thousand dollars before your idea takes off,” Ms Bahn said.

“While a Radium advance costs money, it works out to be a considerably cheaper form of funding than equity.”

Mr Weir said Radium processed applications through an online platform, with approval within 48 hours of all required information having been provided, and funding 24 hours after that.

Other lenders offer variations on the same theme, with Greenard Willing, for instance, offering loan terms from six months to three years.

Radium charges a one-off $699 establishment fee and 15 per cent per annum on advances.

Mr Weir said this was competitive compared with other lenders, and reflected the efficiencies the Radium founders drew from two other ‘fintech’ businesses they have also established – small business lender Kikka Capital and personal lender Enably.

A common link is Tony Brennan, who established private equity group Delta Capital after lucrative mining deals in the 1990s.

He is chairman of Radium and Kikka and his son David is a founder of all three lenders.