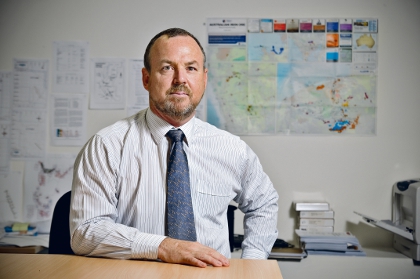 Radar Iron is to become a major shareholder in a Northern Queensland magnetite project in a move it hopes will enable progression of its Western Australian projects.

The Yilgarn-focussed company has announced an agreement to take a 51 per cent stake in the Mount Ruby magnetite deposit in the Innisfail district of Far North Queensland.

The project is currently fully owned by private company Developed Iron Ore, which has completed project evaluations, mining studies and put in place agreements for transporting ore to port.

Mining approvals are also expected to be secured in the imminent future, allowing an initial mining operation of 600,000 tonnes per annum.

To secure the 51 per cent stake Radar Iron has agreed to pay Developed Iron Ore (DIO) an initial $100,000 option payment, followed by payment of $5 million to DIO and commitment of $3 million to the project.

Radar has been focussed on its Johnston Range project in WA’s Yilgarn region but has been held up by planning delays for the expansion of the Esperance Port.

Now that the port has been given the green light by transport minister Troy Buswell, Radar is in a position to progress with the initial 1 million tonne per annum project.

Mining at Mount Ruby is expected to commence in the final quarter of the 2013 calendar year.

The extent of the Mount Ruby resource remains unknown, however, as Radar says the amount of exploration of the project has been insufficient to define a mineral resource.