The future of RPH as a tertiary hospital is as unclear as when the Liberals ‘prioritised’ the issue before the 2008 election. 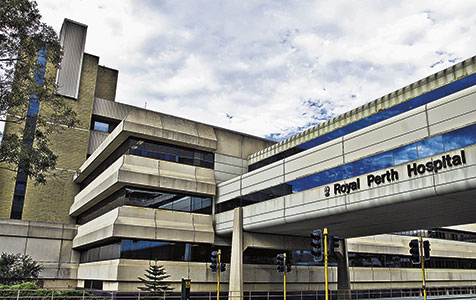 LESSON PLAN: The government will need to find $300 million for running costs if there are to be 300 tertiary beds retained at RPH.

The future of RPH as a tertiary hospital is as unclear as when the Liberals ‘prioritised’ the issue before the 2008 election.

The Liberals’ election pledge that it would “save Royal Perth Hospital” was a brilliant strategy at the 2008 state election; it helped the party win seats such as Mt Lawley and Morley, and catapult it onto the treasury benches – a classic case of the end justifying the means.

More than five years later, however, no firm plan for the future of RPH has been nailed down. The issue is still in the ‘too-hard’ basket.

In fact, as the Barnett government – like governments before it – struggles to contain the escalating cost of health care, the future of RPH has become known as the ‘$300 million question’. That’s the extra amount the government will have to find if it is to continue as a tertiary hospital after the Fiona Stanley Hospital is fully commissioned, currently scheduled for April next year.

It has been 10 years since the inquiry into the state’s future health needs, chaired by senior bureaucrat Michael Reid, delivered its report to then health minister Jim McGinty.

And while a big section of the report concentrated on how to keep people healthy and out of hospital, the big-ticket recommendations related to hospitals themselves.

The report found little value in having costly tertiary hospitals such as RPH and Sir Charles Gairdner, operating within a few kilometres of each other as Perth’s population spread to the north and south.

It recommended consolidation, proposing RPH be phased out as a tertiary hospital, with Sir Charles Gairdner becoming the focus of an upgraded health campus. Many of RPH’s specialist services would be transferred to a new tertiary hospital south of the river.

Ten years later Fiona Stanley Hospital, which has cost about $2 billion so far, is almost ready for business.

Meanwhile, there has been a $4 billion-plus hospital building program elsewhere in Perth and across the state. For example the Joondalup Health Campus will soon be expanded to 750 beds, the Sir Charles Gairdner site at Hollywood has the new children's hospital under construction, a major new hospital is being built at Midland, the Esperance hospital is being revamped, and facilities as far apart as Albany and the Kimberley and Pilbara substantially upgraded.

It’s a great feather in the government’s cap, and a major tick for Health Minister Kim Hames; except for the elephant in the room – RPH.

Back in 2004, Mr McGinty was firm on scaling back RPH’s operations, in line with the Reid report, which said that if SCG became the consolidated tertiary hospital, an inner city ‘see and treat’ centre should be established at the RPH site.

But then the rearguard action kicked in. The medical lobby insisted that RPH be retained as a major hospital. The case was put such facilities would be essential should some disaster hit the CBD. The Liberals sensed an opening, with an eye to winning nearby marginal seats, especially the new Mr Lawley seat.

Come polling day for Alan Carpenter’s snap 2008 election and it was clear that Labor had been outflanked. The Liberal slogan to “save” RPH was prominent outside polling booths. The hospital was to get a new wing, and the major trauma unit would be retained.

But precious little has happened since. In government, the Liberals introduced the Royal Perth Hospital Protection Bill in 2009. After various stops and starts, it eventually passed the lower house three years later, but lapsed in the upper house when parliament was prorogued for the 2013 election.

When the government was slow to act after winning a second term, Labor cheekily reintroduced an identical RPH Protection Bill, which has again passed the lower house. The Legislative Council, at Labor’s initiative, is expected to endorse it this year.

Labor health spokesman Roger Cook told parliament that the opposition now also supports the retention of RPH as an inner-city tertiary hospital, partly because of the “ongoing growth in demand for hospital services”. That’s also the political reality.

Despite the fact that the Liberals committed to a $180 million redevelopment policy for the hospital in last year’s election, that won’t happen any time soon. Almost $60 million earmarked for this work has disappeared from the budget forward estimates, presumably to be reinstated when finances improve.

There is also the question of long-term leadership in the Department of Health to oversee significant change over the next few years.

Bryant Stokes is the fourth director-general of health since the Reid report, but the veteran neurosurgeon is seen only as a stop-gap leader.

Senior bureaucrat Rebecca Brown has recently moved to the Department of Health from the Department of Premier and Cabinet, presumably to run a fresh set of eyes over the department’s budget. If there are to be 300 tertiary beds retained at RPH, that’s an extra $300 million for annual running costs she will have to find.

The issue has to be confronted, but as far as the government is concerned it will be later rather than sooner. 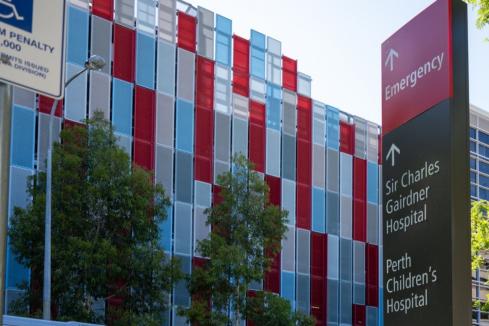