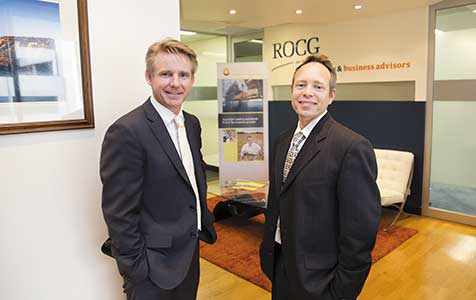 Insight has had a sole focus on R&D tax claims since 2009, servicing companies in the engineering, medical technology, renewable energy, mining, construction and other sectors.

The acquisition means ROCG Perth will have six directors and 20 accountants.

The Osborne Park practice, which has about 20 staff, had been the auditor for ROCG Perth, and Insight Business had provided advice to clients on tax claims.

Mr Blizard said ROCG would enable Mr Reed to accelerate his east coast presence, adding to the one person he already employs in Sydney.

“They approached us,” Mr Blizard said.

“He has wanted to expand east for some time, but can’t do it on his own.”

ROCG Asia Pacific has east coast offices in Sydney, Melbourne and Mornington, and is seeking a Brisbane firm to join the network.

Insight Business is the second specialist tax firm in Perth to change hands this year.

Mr Blizard said R&D tax claims were an invaluable means of incentivising businesses, which could qualify for tax breaks and even cash refunds.

“In an environment where many mining service providers, construction industries and others are being challenged to innovate, the services are very much in demand,” he said.