RMG to restructure after $2.8m placement 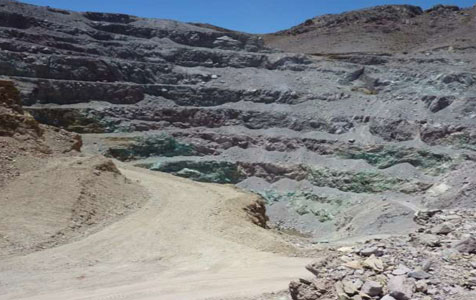 The San Martin pit at RMG's Tuina project in Chile.

Exploration company RMG has announced a share consolidation plan and a restructure of its Chilean mining operations in the wake of a successful capital placement expected to raise $2.8 million.

The company will issue 280 million shares at $0.0015, worth $420,000, while close to 1.6 billion further shares will be subject to approval at its August general meeting.

Options expiring in August 2016 are also included in the placement, with the company offering one for every two shares placed.

The funding will be used for development of its Tuina Project in Chile and for expenditure requirements at its Kamarga zinc deposit in Queensland.

A planned August meeting will also vote on a motion to consolidate RMG shares, currently trading at 0.2 cents, on a 1:33 basis.

RMG is offering joint venture partner Chile Metals a 20 per cent stake in its issued capital in return for increasing its ownership of the Tuina project from 75 to 100 per cent.

Chairman Robert Kirtlan said the company was excited about the project.

“The company is confident the capital raising, joint venture restructure and capital reorganisation puts it in a very strong position to progress,” he said.