The federal government’s RET review has polarised opinion on the future of renewables in Australia. 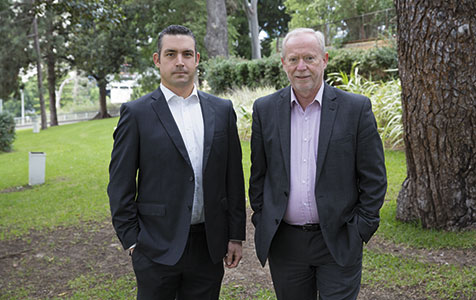 The findings of the RET review have divided the electricity community into two camps – those aligned with traditional fossil fuel generators, and supporters of renewable energy.

In what is widely seen as a win for coal and gas-fired generators, the review has recommended significant cuts to a scheme that has helped attract more than $1 billion of mostly private sector investments in large-scale renewable projects in WA.

The renewable industry has expressed dismay over recommended changes to the RET scheme, which was introduced in 2001 and expanded in 2009.

Mr Harris, who is also chairperson of the WA Independent Power Association, said he was disappointed the review turned its focus to lowest-cost abatement of greenhouse gases, after conceding the RET was operating as it was designed to.

“Subsidies can be useful to achieve a certain end and in this particular case the subsidies have encouraged some increase in renewable generators,” Mr Warburton said.

“The trouble is it’s a distortion of the market.”

The RET was designed to meet a target of 41,000 gigawatt hours of renewable power by 2020, but because demand for electricity has fallen, in direct contradiction to forecasts; that amount now represents a 26 per cent share of electricity generation by 2020, above the legislated 20 per cent target.”

Mr Warburton said consumers and traditional generators should not have to keep paying the cross-subsidies in an oversupplied market.

“Giving a subsidy now means that you’re subsidising to put more electricity into an already oversupplied market and that just doesn’t make economic sense at all,” he said.

Mr Harris said while the RET had been designed to replace older, inefficient fossil fuel generators, owners of these plants had resisted retiring these still profitable assets, instead lobbying the federal government to reduce cross-subsidies.

Mr Harris is sceptical of the review’s modelling, which projects the RET will cost $22 billion in continued subsidies, because he said it relied on a declining gas price and inflated renewable energy generation prices.

“Because renewable energy has very low running costs it exerts downward price pressure on wholesale prices in electricity markets. This translates to lower costs to retailers and customers over time,” Mr Harris said.

“If you kill the RET all that will happen is the profits of the existing coal and gas fired generators will go up, so it won’t be any benefit to the consumer, it will just benefit the large incumbent fossil fuel generators.”

Mr Harris and others, such as Sustainable Energy Association of Australia chief executive Dermot Costello, have questioned how the review could promote the Abbott government’s proposed Direct Action Emissions Reduction Fund as a more cost-effective method of reducing greenhouse gas emissions when it hadn’t been subject to economic modelling.

Mr Costello said investors and potential investors were “bewildered” by the proposed changes.

However Mr Warburton said the review panel felt assured the ERF would cost significantly less than the RET, because the RET’s projected cost in subsidies was $22 billion and initial figures surrounding the ERF did not come close to that amount.

“It’s a bit of a combination of some forward knowledge but also just knowledge of the cost of the RET,” he said.

Meanwhile Chamber of Minerals and Energy infrastructure manager Andrew Winter said the resources industry was keen for the government to consider the review’s recommendations on self-generation exemption rules.

In line with a submission by miner Rio Tinto, Mr Winter said the CME wanted changes to restrictions it said hampered the resources industry’s ability to benefit from the RET.

Currently, resources projects with renewable generation that want to receive the cross-subsidies under the RET are restricted to a 100MW grid capacity, their power must be consumed within one kilometre of generation, and they can’t sell power to neighbours.

Mr Winter said the CME believed their should be discussion on how these rules could best be amended to allow resources companies more flexibility, and ensure there was no unnecessary duplication of power infrastructure in remote areas.