The amount of money spent by businesses in Western Australia on research and development fell by 34 per cent in the five years to 2013-14, a new study has revealed. 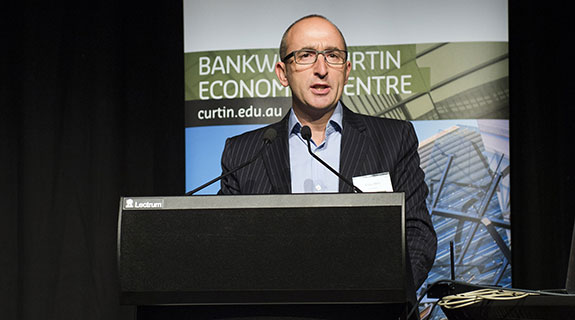 The amount of money spent by businesses in Western Australia on research and development fell by 34 per cent in the five years to 2013-14, a new study has revealed.

While R&D expenditure experienced a large amount of growth during the boom years, the fall from what was considered a reasonably high and untenable position was not unexpected, a report by the Bankwest Curtin Economics Centre has detailed.

R&D expenditure relative to gross state product rose sharply over the course of the 2008-09 boom in WA, peaking at $20,000 for every $1 million of GSP, BCEC director Alan Duncan said.

“It was inevitable that this high-water mark would recede and has since come off considerably, with business R&D now at around $10,000 for every $1 million of GSP in WA,” Mr Duncan said.

WA has also benefited from a recent increase in venture capital and later stage private equity investment on a per company basis, increasing from $6.8 million per investee in 2010-11 to $11.3 million in 2013-14.

The report found that WA had increased the share of venture capital and late stage private equity investment that the state attracts, from a low of 4.2 per cent in 2008-09 to 8.6 per cent in 2013-14.

The report also found that while the proportion of capital devoted to early expansion almost halved over the past decade (from 30 per cent down to 16.1 per cent), late expansion investment over the same period doubled, with funding allocated to investees at that particular stage in business development rising from 21.4 per cent to 41.4 per cent.

“These changes are likely to be linked with both the GFC and the economy transitioning to a production phase as the mining boom tapers off,” the report said.

“The diminishing share of funding dedicated to activities that are likely to suggest innovation and potentially productivity growth goes against the central ambitions of the ideas boom.

“However, given this new investment and policy direction, we can expect that this trend will revert if initiatives are proven successful.”

The report also highlighted a lack of skilled people and a lack of access to additional funds as the two greatest self-reported barriers to innovation across all industries between 2006-07 and 2012-13.