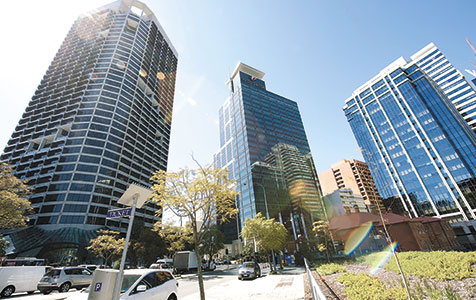 SHARE DOUBTS: JB Were has concerns about Woodside’s ability to sustain high dividends at a time of low oil prices.

If the Reserve Bank of Australia cuts interest rates twice more this year by the same amount it did on February 3, which is what some economists expect, then by Christmas Australia could have a base interest rate beginning with the number one.

That is a remarkable situation because an official rate of 1.75 per cent, which is what two more reductions of 0.25 per cent would do, will send powerful-but-conflicting signals to home buyers, investors, business, and the currency market.

Home buyers will love it because the base rate flows into the cost of their mortgage. Investors, especially retirees, will hate it because lower rates cut the income earned on their savings.

Business will initially welcome lower rates but will question what super-low rates are saying about the Australian economy, as will currency markets, which will push the dollar down sharply.

Whether we get to an RBA cash rate of 1.75 per cent is probably not the important aspect of falling interest rates, which started with this month’s 0.25 per cent cut (the first reduction in 18 months). The bank could make smaller future adjustments, perhaps by as little as 0.1 per cent at a time.

The critical aspect of falling interest rates is what they say about the outlook, which is not brilliant, and which has been dimmed further by a fresh spin of the revolving door on the prime minister’s office.

The fact that Tony Abbott came out first in last week’s attempt to put his leadership to the vote was important for him but irrelevant in the long run, because he is now a marked man who obviously does not enjoy the full support of the team he captains.

Adding political uncertainty to economic uncertainty produces a potent brew that will eventually be reflected in financial markets, where safety might not yet be of paramount concern, but will become so as the evidence mounts.

One of the factors shielding Australians from the worsening economic outlook is the stock market, where key indices are back to highs last seen in 2008.

As welcome as higher share prices might be, in many cases they merely reflect the buying decision of investors who want a reasonable yield on their savings. Because they can’t get it from a bank deposit they’re buying bank shares – or anything else that pays a high dividend.

Commonwealth Bank shares at more than $90 and Woodside Petroleum at more than $35 are two examples of distorted values that do not necessarily reflect future earnings, just a high yield based on historic (last year’s) dividends, which will be hard to sustain if earnings fall.

Banks are likely be challenged by Australia’s faltering economy, with the RBA cutting its growth forecast from somewhere between 2 per cent and 3 per cent as recently as November to a fresh forecast last week of between 1.75 per cent and 2.75 per cent. Unemployment is also on the rise and expected to hit a national 15-year high of 6.5 per cent next year.

Woodside, which has showered shareholders with sky-high returns, will find it hard to sustain the strong cash flows that are responsible for the stock trading on an enormously attractive dividend yield of 6.6 per cent – three times bank interest.

A very loud warning shot about yields was fired last week by JB Were, one of Australia’s leading stockbroking firms, which removed Woodside from its income model because of concern about its ability to sustain high dividends at a time of low oil prices.

In the days after JB Were circulated that pessimistic view of Woodside’s future earnings and dividends, the share price of Australia’s biggest oil and gas stock continued to rise in what was perhaps the best example of yield hunters ignoring warning signs from the real economy; or perhaps it was in anticipation of higher oil prices.

If interest rates continue to fall it is likely that there will be more examples of investors pushing up share prices in the belief that today’s enticing yields can be sustained, which might be difficult given the combination of economic and political uncertainty.

IF conflicting signals from financial markets and the real economy are confusing, you can take comfort from the fact that you’re not alone.

Some of the smartest analysts in the world are just as confused, and being forced to rework forecasts made only a few months ago.

The RBA’s 0.25 per cent cut in Australia’s expected growth rate between late last year and this month is one example of how quickly conditions are deteriorating.

Another, even more notable adjustment came from the research team in the New York office of the investment bank, Citigroup, which has just slashed its forecast of global earnings-per-share.

Rather than a worldwide average EPS growth rate of 12 per cent, which was Citigroup’s tip as recently as six months ago, the new global growth rate in earnings is expected to be 5 per cent.

As with the JB Were warning shot about Woodside’s future earnings, the reaction to Citigroup’s dramatic EPS downgrade was negligible, with share prices continuing to rise as yield hunters did whatever they could to avoid ultra-low bank and government bond interest rates.

AUSTRALIA’S housing-price bubble, and it definitely is a bubble after last week’s interest rate cut, could burst sometime next year, which is what HSBC Bank appears to be telling clients.

In the latest edition of its Downunder Digest, the Hong Kong-based bank forecast a national 8 per cent rise in average house prices last year, followed by 7 per cent to 8 per cent in 2015, with a big slowdown in 2016 when Sydney could experience a price fall of up to 2 per cent. 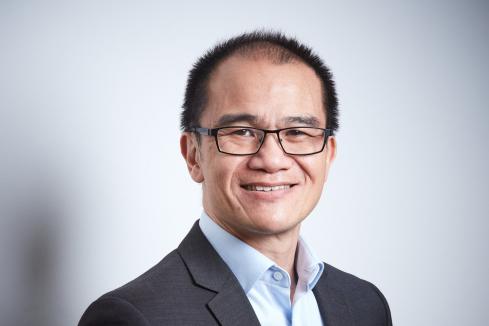